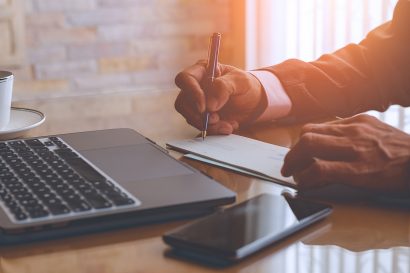 Negotiable Instrument, a piece of paper that entitles a person to a sum of money transferable from one person to another, which makes it an essential source of finance for business and help them do the business with ease.

Earlier, it was only money primarily used to trade products, but now Negotiable instruments have made such trade easier and provide security to the traders.

MEANING AND DEFINITION OF NEGOTIABLE INSTRUMENT

The word ‘Negotiable’ means transferable from one person to another, and the term ‘instrument’ means a document of title of money(as described by Prof. Goode).

In ancient times, when trading used to take place only on cash payment, that was not notes but coins, traders usually got robbed by pirates for the wealth that they used to carry with them.

NI Act developed with the custom and usage of trade in general. This branch of law differs from country to country, but the outline of the act is similar.

Before enacting the Negotiable Instrument Act, 1881, the English Bill of Exchange Act and laws relating to promissory Notes were in force.

The Negotiable Instrument Act, 1881 was passed based on a Bill drafted by the Law Commission Act,1866, based on the Principles of English law.

Before NI ACT,1881, when Europeans were trade parties, English Law used to apply. And in case if parties were Hindus or Muslims, their personal law was used to govern.

As explained under Section 4 of the NI Act, 1881, a promissory note is an instrument in writing signed by the instrument maker that contains a promise to pay a certain sum of money to a certain person or the bearer of the instrument.

A bill of exchange as defined under section 5 of the Negotiable Instrument Act,1881 is an instrument in writing signed by the instrument maker. It contains an unconditional order, directing a person to pay a certain sum of money either to the bearer or to a certain person other than the bearer of the instrument.

Parties to Bills of Exchange

As mentioned under section 7 of the NI Act,1881, there are generally three parties to bills of exchange they are:

A cheque, a bill of exchange drawn on a specified banker, is always payable on demand as defined under Section 6 of the Negotiable Instrument act,1881.

A Cheque is an instrument that is used regularly for business transactions and to make payments. Certainly, cheques get dishonoured due to various reasons like stale cheques, insufficiency of funds, alteration, irregular signature, etc., and such dishonour of cheques gets dealt with under Section 138 of the Negotiable Instrument Act,1881.

The objective behind the incorporation of Section 138 was to promote the banking sector’s efficiency and ensure the credibility of cheques used in banking transactions.

Section 138 creates, dishonour of cheques on the ground of insufficiency of funds, a statutory offence. There can be many reasons for the dishonour of a cheque. But cheque for discharge of legal liability gets dishonoured despite legal notice; payment is not made, then it is considered a criminal offence.

Here, in this section, dishonour of cheque creates a strict liability and effectively prevents the usual carelessness of drawers.

Section 138 of the NI Act,1881 explains the essentials, exceptions, and punishment in the case of dishonour of cheque.

The proviso of Section 138 provides with the exception where section 138 is not applicable if:

Under Section 138, an offence is primarily a civil wrong where the burden of proof is on the accused.

Section 138 of the NI Act considers the following as an offence in case of dishonour of cheque:

PUNISHMENT UNDER SECTION 138 Of NI Act

Section 138 provides both civil and criminal liability for the dishonour of cheques.

THE TIME FRAME OF OFFENCE UNDER SECTION 138 OF THE NEGOTIABLE INSTRUMENT ACT,1881

COMPENSATION TO BE RECOVERABLE UNDER SECTION 138 OF NI ACT,1881

Under Section 138, in case of dishonour of cheque, the court can direct the cheque drawer to pay the amount twice to the amount mentioned in the cheque to the payee.

Compensation awarded under section 138 of the Negotiable Instrument Act by the court is recoverable as a fine. And in case of default in payment of compensation, the amount can be recovered as the procedure provided under section 421 of the Code of Criminal Procedure.

In case of non-payment of compensation, the court can also include a default sentence while making an order for the compensation payment.

The very general and literal meaning of a quasi-criminal is a civil proceeding that results in a criminal penalty, e.g. Imprisonment.

In the case of P. Mohanraj v. M/s Shah Brothers Ispat Pvt. Ltd., the court ascertained the nature of Section 138 of the NI Act as:

The quasi-criminal nature of Section 138 can easily be understood by including punitive punishment of imprisonment up to two years and a fine that may amount to double the amount of cheque and by the adoption of the Code of Criminal Procedure.

In the discharge of liability, the accused, to repay the balance amount incurred on the purchase of the second-hand winding machine, issued a cheque of Rs. 40000/- in favour of the complainant, drawn on State Bank of India, Inderlok, Delhi. The cheque got dishonoured due to insufficient funds, and even after the expiry of the service period of notice dated 14.03.2014, the cheque amount was not paid.

In this case, the status of premature complaint was in question.

In this case, the Hon’ble Supreme Court held that no cause of action arises until the period of fifteen days is passed. The Court is barred from taking cognizance of any complaint made before the passing of fifteen days of receipt of the notice, even if fifteen days have passed since the notice gets served.

In this case, two people sold their agricultural land to Mr X, who made the part payment for the property and issued two post-dated cheques to the sellers.

The cheque got dishonoured for the reason of ‘insufficient funds’.

A legal notice was served, and after the non-payment, a complaint was filed under Section 138 of the NI Act even after service of notice.

Hence, a complaint under section 138 of the negotiable instrument act is maintainable when there is the dishonour of cheque issued under and in pursuance of the agreement to sell.

The Negotiable Instrument Act deals with negotiable instruments provision, which plays a significant role in the commercial world. It is initially a civil lawsuit but to ensure the liabilities get discharged on time; criminal law provisions are also added in the act that makes it a quasi-criminal law.

Section 138 ofwthe NI Act protects the payee from the illegal part of the drawer. It criminalizes the dishonour of cheques in cases like the amount of cheque is more than the fund in the account or exceeds the amount agreed with the bank.

What legal action should be taken in case of dishonour of cheque?

A cheque holder or the payee can file the criminal complaint and civil suit under section 138 of the Negotiable Instrument Act.

Whether dishonour of cheque is a criminal offence?

Yes, dishonour of cheque is a criminal offence and is punishable with imprisonment, which may extend to two years or with a fine that may extend to twice the amount of the cheque or both.

Whether a single complaint is maintainable for the dishonour of several cheques?

A single complaint can only get filed for three dishonoured cheques.