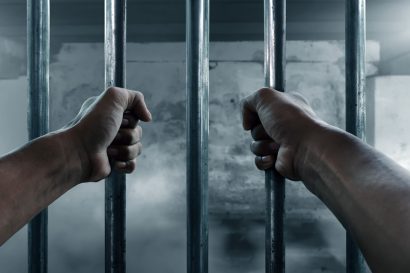 Extortion gets termed as an offence under section 383 of the Indian Penal Code, 1860.

It also gets referred to as threatening a person to cause injury to him and inducing him to obtain any benefit or advantage from him.

Mere causing of wrongful loss would not be sufficient to establish a case of extortion.

The offence of extortion gets completed when the property delivery gets completed against a person, made possible by putting that person in fear of injury or harm.

There are three essential elements of extortion. The offence of extortion gets completed when these elements are satisfied. These are:-

The punishment for extortion incorporates imprisonment of up to three years or with a fine, or with both.

It is a cognizable, non-bailable and non-compoundable offence.

Punishment for attempt of Extortion

Putting a person in fear of injury by threatening him is an act in consequence of committing extortion.

Whoever commits an attempt of extortion will get punished with imprisonment extending up to two years or with a fine or both.

It is a cognizable, non-compoundable and bailable offence triable by a magistrate.

Other aggravated forms of extortion

There are other more aggravated forms of extortion and their punishments laid in sections 386-389.

Under the sections, an offence of extortion gets committed by putting someone in fear of grievous injury or threat to the life of self or any other person.

Even the attempt to extortion gets considered as an offence, and punishments are laid for these too.

Section 386– The offences under this section is considered a more severe form of extortion. The offence of extortion gets committed by putting the victim or any other person related to him in fear of death or grievous hurt.

This offence is punishable with imprisonment extending up to ten years and with a fine.

Section 387– The offence under the section is an attempt for the offence covered in the previous section mentioned above.

This section prescribes the attempt for extortion by putting a person in fear of death or grievous hurt.

This threat is given to such a person to commit extortion. So, the act under this section is an attempt at extortion by creating fear of death or grievous hurt.

Section 388 covers the offence of extortion done by threat of accusation of a crime punishable with death or imprisonment of life, etc.

This section covers the offence of extortion in a more aggravated form and a broad sense. This section states that,

If a person does extortion for any other person by threatening that person of accusing him of any offence or attempt of commission of the offence which is punishable with death, imprisonment for life or imprisonment up to ten years or inducing that person to commit such crime, then,

That person is liable to be punished with imprisonment of up to ten years with a fine, or if the offence is under section 377 of IPC, the punishment will be imprisonment for life.

That person is liable to be punished with imprisonment of up to ten years with a fine, or if the offence is under section 377 of IPC, the punishment will be imprisonment for life.

The onus proof in a case of extortion is on the prosecution.

Section 377 states that if a voluntarily has carnal intercourse against the order of nature with any man, woman or animal, shall be punished with life imprisonment, or with imprisonment for a term extending up to ten years will be liable to fine.

Penetration is sufficient to constitute the offence of carnal intercourse.

All the laws related to extortion are covered from sections 382-389 of the Indian Penal Code.

Simply, Section 383 defines the Act of extortion and its punishment in 384 IPC incorporation the punishment for extortion.

The other section covers forms of extortion and its attempt.

Extortion offences are on the rise these days and are committed mainly by the person having an undue influence on the victim.

Most of the time, public servants are involved in these extortion cases by threatening the victim with false accusations or putting them in fear of injury or harm.

Extortion is a serious offence that is most of the time evaded and not reported by the victim to the authorities just because of the fear of the offender repeating it next time or no appropriate action will be taken by the authorities as the offender is a person at a position of higher influence or,

The victim is not aware of the provisions under this code against this offence.

Under which section of the Indian Penal Code extortion is considered robbery?

Which case observed that the ingredient of the offence of extortion is "the offender induces the afraid person and then and there to deliver the extorted thing"?

Which case by the Rajasthan high court holds that "to constitute an offence of extortion inducement is necessary as a result convincing the victim to deliver the property failing to which the act will just be an attempt"?