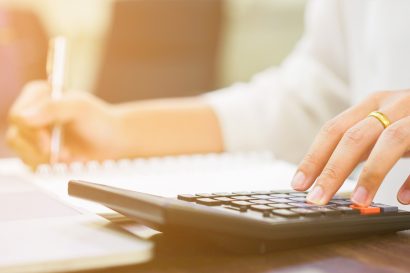 From time to time, by the end of every decade, the Government revises the pay and perks of its servants. It is generally done for the officers to cope with the growing economic scenario, based on the living standards and the income earned by its servants. The services include the pure government services, and the other government-owned public sector undertakings have a different package. Still, there has always been a difference while fixing the salaries and perks of Military personnel and civil personnel.

The services departments staffed by officers and clerical categories of employees get the advantage of pay revision recommended by the Pay commissions duly appointed by the Government.

The Seventh Pay Commission got appointed with Sh A.K. Mathur as the committee head.

The seventh pay commission was appointed as there were murmurs around the military sector when they were not given equanimity with their civil employees while revising the pay and perks. The Military or the defence department is indeed of prime importance as they are the guardians of the Nation. They are given various fringe benefits, which the other civil servants do not get as they rightly deserve such treatment.

However, regarding pay scales, in comparison with the civil servants were not at par at various levels. The government-appointed the Seventh pay commission to evaluate and recommend changes so that the Military personnel could get their rightful salary package and their promotional avenues cadre wise. The civil servants enjoyed a time scale promotion, which was not there in the Military cadres. Though the Seventh Pay Commission report was to be implemented in 2016, it was delayed for various reasons.

Thus the 7th pay commission establishes a new pay matrix and pays scale that ensures pioneer and government employees get a 2.5% hike on their current income. The salary of a central government employee gets doubled. The “Fitment factor” of the 7th pay commission stands at a 3% annual increment for all employees. Henceforth the pay matrix came into action instead of the earlier grade pay standard. The apex scale employees receive an increased salary amount of Rs. 2.25 lakh per month, and for the office cabinets, the maximum wage is Rs.2.5 lakh. For the defence section, a total salary of Rs. 2,50,000 and a minimum payable wage of Rs. 21,700 has been set according to the 7th pay commission. The Indian Government handles the entire cost of this whole exercise.

What does grade pay mean?

Apart from basic pay, government employees also receive grade pay, which is calculated depending on the category or class of the employee. The total of basic pay and grade pay is used in assessing dearness and other allowances. Any increase or decrease of basic salary can affect an employee’s CTC.

It suggested a 23.55% hike in pay and allowances in all sectors.

What is the Matrix system of Pay scales?

The 7th Pay Commission Pay Matrix is a simple and perspicuous table representing all the pay levels in a single comprehensive chart. Many demands of the government employees who come under the purview of the Seventh Pay Commission were incorporated in the 7th CPC pay matrix. For example, there is standard pay for junior-level employees, transparent pay structure and common treatment of similar cadres.

The 7th pay matrix enables employees to directly view their pay level and also chart the likely path of pay progression. Additionally, the procedures relating to the calculation of pension have also been simplified.

There were five Pay Bands with different scales for all the cadres in the government service. They are as follows:

How to calculate CPC under the Seventh Pay Commission recommendations:

The method of conversion of the pay scale from 6th CPC to 7th CPC is given below in detail as per the recommendation of the 7th pay commission.

Step 2: Multiplication by a Fitment factor of 2.57

Step 3: Rounded off to the nearest rupee

Step 4: Go to Matrix Pay Table and select the Level corresponding to Grade Pay.Step 5: Select equal or next higher Pay in the corresponding Matrix Level

New scales for HRA under the Seventh Pay commission

As many as five lakh beneficiaries will be given pensions per the Seventh Pay Commission in Uttar Pradesh, the state government announced on Monday.

Additional Chief Secretary (Finance) S Radha Chauhan said most pensioners in the category would be from the corporate sector, where the Seventh Pay Commission has not been implemented.

The government approved the revision of the provisional pension of the mentioned category of pensioners on March 6, 2017, as per the mandate of February 12, 2018.

As per the revised mandate, the higher the amount, the more pension will be payable.

Being a government servant has always been a coveted service, and the younger generation is attracted to securing government employment solely for its security and salary. The government, too, is keen on protecting its employees and keeping them in ship shape with timely revision in pay and perks and making service an enjoyable occupation.