A Glance at the Abrogation of Article 370 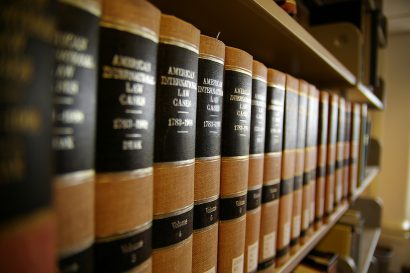 On 5 August 2019, India’s Parliament passed a resolution proposed by Home Minister Amit Shah to revoke Jammu and Kashmir’s temporary special status, or autonomy, granted under Article 370 of the Indian Constitution. Jammu and Kashmir, a region administered by India as a state, includes the larger part of Kashmir, a source of contention between India, Pakistan, and China since 1 August 1947.

Indian constitution’s Article 370 grants special status to Jammu and Kashmir. A region located in the northern part of the Indian subcontinent administered by India from 1954 to 31 October 2019, giving it the power to have a separate constitution, a state flag, and autonomy over the state’s internal administration.

The Indian-administered Jammu and Kashmir area is part of the broader Kashmir region, which has been a source of contention between India, Pakistan, and, to a lesser extent, China since 1947.

The Indian constitution’s Part XXI, headed “Temporary, Transitional, and Special Provisions,” contains Article 370. It said that the Jammu and Kashmir Constituent Assembly would have the authority to recommend the degree to which the Indian constitution would apply to the state.

The state assembly may even repeal Article 370 entirely, making the whole Indian Constitution applicable to the state.

The Government of India issued a Presidential Decree on August 5, 2019, replacing the 1954 order and applying the articles of the Indian constitution to Jammu and Kashmir. The ruling was based on a two-thirds majority resolution voted by both houses of India’s parliament. A subsequent order on August 6 rendered all of Article 370’s sections ineffective, save clause 1.

The Indian constitution’s Article 370 grants the state of Jammu and Kashmir unique status. It also limits the authority of the Indian parliament to pass legislation for the states.

In effect, the “temporary” special status permits the state of Jammu and Kashmir to have its constitution, flag, and make decisions, except for matters relating to defence and international affairs. On October 17, 1949, the interim measure got incorporated into the constitution.

This unique position dates back to the end of British rule in India in 1947 when Maharaja Hari Singh of the then-colonised state of Jammu and Kashmir signed a Treaty of Accession to join the Indian side.

Meanwhile, Article 35a, introduced to the constitution in 1954 as part of Article 370, provides the state of Jammu & Kashmir the authority to select who is allowed to live there permanently. Residents in government positions, while purchasing property in the state, and for educational scholarships, among other things, are given special privileges under the clause.

The state defines its permanent residents as those that are “born or settled within the state before 1911 or after having lawfully acquired immovable property and resident in the state for not less than 10 years before that date.”

Non-permanent residents get prohibited from living in the state, purchasing land, or accepting government employment or scholarships under the legislation. This special status of Jammu and Kashmir, provided by article 370 is removed with the introduction of Jammu and Kashmir Reorganisation Act 2019.

IMPACT OF ABROGATION OF ARTICLE 370

The Union territories of Jammu-Kashmir and Ladakh have been fully incorporated into the national mainstream following constitutional amendments and restructuring of the erstwhile State of Jammu-Kashmir.

As a result, the people of Jammu-Kashmir and Ladakh now have access to all of the rights entrenched in the Indian Constitution and the benefits of all of the country’s Central Laws.

The transition has resulted in socioeconomic growth in the new UTs, namely the UT of Jammu-Kashmir and Ladakh.

A few of the significant changes that are leading both the new Union Territories down the path of peace and progress include:

EFFECT ON TERRORISM WITH ABROGATION OF ARTICLE 370

The government’s primary motivation for revoking special status was to “remove the threat of terrorism.”

The security situation in Jammu and Kashmir has improved dramatically due to the repeal of Article 370 of the Indian Constitution. Presently it’s better than it has ever been.

After the provision was removed from the constitution on August 5, 2019, violence in the valley lessened, thereby removing the former state of Jammu and Kashmir’s special status.

The home ministry recently stated in a written reply in the Rajya Sabha that the number of terrorist incidents in 2020 has decreased by 59 per cent compared to 2019. Compared to the same time in 2020, occurrences decreased by a further 32% through June 2021.

According to the report, 59 individuals have been murdered in terror-related events since August 2019, whereas no civilians have perished in law enforcement-related incidents over the same period.

However, since the twin drone strikes on the IAF station at Jammu airport, there has been heightened worry about cross-border terrorism. The employment of drones was done for the first time in such a sophisticated attack, raising more concerns in the future.

ADVANTAGES TO ALL OF ITS CITIZENS

CREATION OF ANOTHER UNION TERRITORY

The Jammu and Kashmir Reorganisation Act, 2019, also got approved by:

CRITICISM FOR ABROGATION OF ARTICLE 370

Mehbooba Mufti, the most recent Chief Minister of Jammu and Kashmir, described it as the “blackest day in Indian democracy.” The Indian Parliament, she believed, had taken everything from the people of Jammu and Kashmir. She added in a tweet on August 4 that the Jammu and Kashmir leadership’s decision to reject the two-nation idea in 1947 and join with India had backfired.

Omar Abdullah, a former chief minister, described the government’s action on Article 370 as “unilateral and alarming.” It was a “gross violation of the confidence that the people of Jammu and Kashmir had placed in India when it acceded to it in 1947,” he said.

According to Asgar Ali Karbalai, former Chief Executive Councillor of Kargil’s Hill Development Council, Kargil residents believe any separation of the state based on “faith, language, or geography” to be undemocratic. The Imam Khomeini Memorial Trust, among other religious and political organisations in Kargil, denounced the Indian government for acting “without the permission of the people” and called for a nationwide strike in the Kargil area.

“This is being viewed as the worst betrayal by the Indian state in the previous 70 years,” Kashmiri lawmaker Shah Faesal said:

“I was unable to contact or message Omar Abdullah, Mehbooba Mufti, or Sajjad Gani Lone. Curfews are stricter in other districts. You might argue that the whole eight-million population has been imprisoned like never before,” and called the removal of Jammu and Kashmir’s special status as “an affront to the people’s dignity”, he added, in an interview with The Guardian.

It will, in my opinion, have both immediate and long-term repercussions. In the following days, we will witness ground mobilisation, and in the long term, alienation sentiment will grow, and [it] will erupt. Everything has come to an end, is the usual cry. We’ve had everything taken away from us. These are the prevalent phrases on the lips of any Kashmiri these days. We don’t have an option except to fight.”

On 14 August 2019, Faesal was reportedly held by Indian security forces, prompting a statement from over 100 persons affiliated with Harvard University (his alma school) denouncing the incarceration and demanding for Faesal’s and other Kashmiri leaders’ release.

The Indian government’s historic action is extremely brave. Article 370 was only intended to be a temporary, transitional provision.

It was only supposed to be in effect until Jammu and Kashmir drafted its constitution, but the special status extended for longer. The extension was made to demonstrate India’s interest in the Jammu and Kashmir region. It is evident for India to take such a step for a place in two nations’ interests.

India’s decision to repeal Article 370 appears to be a good one. Many laws have been proposed in Kashmir to punish wrongdoers and make the region a safer place to live. Concerning any terrorist actions in Jammu and Kashmir, more stringent Indian legislation can better protect the region.

It can only benefit from India’s constitution’s extensive rights and obligations if it enters its actual territory.

Who has taken oath in Jammu and Kashmir High Court under the Indian constitution after removing 370 articles?

Article 159 of the Indian Constitution spells out the oath taken by the governor (LG), and it gets administered by the Chief Justice of the state's High Court or any other senior justice if the chief is unavailable.

Ayyangar was the primary drafter of Article 370, which provided Jammu and Kashmir local autonomy.