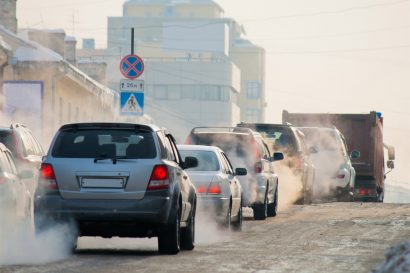 Pollution is the undesirable toxic contaminants mixed in the environment and creates changes that directly or indirectly leave adverse effects on the lives of human beings, animals, and plants. The same is the situation with Air Pollution, which refers to releasing pollutants into the air. Pollution affects everyone, whether rich or poor, old or young, human or animal, but the effect varies, and so are solutions.

Air Pollution in India is increasing at an alarming rate in India. The rate is so high that it is becoming challenging to reduce the pollution even after taking steps to curb it. And thus, the government of India enacted the Air (Prevention and Control of Pollution) Act 1981.

Air pollution refers to physical, chemical or biological changes in the quality of air. It can be seen as air contamination by harmful gases, dust and smoke that drastically affects plants, animals and humans.

As defined under Section 2(b) of the Air (Prevention and Control of Pollution) Act , 1981, Air Pollution means ‘the presence in the atmosphere of any air pollutant.’Air Pollutant as described under Section 2(a) the Air Act 1981 means any solid, liquid or gaseous substance that includes noise present in the atmosphere in such concentration harmful to a human being or other living creature or environment.

Primary Pollutants are pollutants that directly cause air pollution. For example, sulphur dioxide gets emitted from factories.

The Air Act (Prevention and Control of Pollution Act) Act, 1981, also popularly known as the Air Act, 1981, was enacted to prevent, control and abatement of air pollution and the burden to fulfil such purpose lies on the Boards established under the Act.

NEED FOR THE AIR ACT

It was decided in the conference that the Countries would undertake steps to preserve natural resources, which also include Air.

As India was also a signatory to the Stockholm Conference, the Indian government enacted laws under Article 253 of India’s Constitution to preserve natural resources. The law passed for air preservation was the Air (Prevention and Control of Air Pollution) Act, 1981.

SCOPE OF Air (Prevention and Control of Pollution) Act

The Act applies to the whole of India, that contains definitions that fall under the act.

CONSTITUTION OF THE BOARDS

Section 3 and Section 4 of the Air Act provide that appropriate powers and functions are given to the Central and State Board, and the powers should get exercised so that it is not misused.

POWERS AND FUNCTIONS OF BOARDS

Chapter III and IV of the Air Act provides the powers and functions of the Central and State Board.

FUNCTION OF CENTRAL POLLUTION CONTROL BOARD

Section 16 of the Air Act lays down the functions of the Central Board:

FUNCTION OF STATE POLLUTION CONTROL BOARD

Section 17 of the Air (Prevention and Control of Pollution) Act lays down functions that the State Pollution Control Board should perform:

The powers given to the board under the Air (Prevention and Control of Pollution) Act include:

Following are the effects of Air Pollution in India:

A writ petition was filed by M.C. Mehta, requesting the court to pass appropriate orders to reduce vehicular pollution in Delhi, seeing the increasing pollution from vehicles.

A committee was set up with the objective to:

The committee got ordered to make a report within two months and mention the steps taken.

M. C. Mehta filed the writ petition and the report on “Environment Impact of Mathura Refinery” prepared by the Varadarajan committee, indicating the pollution sources.

In this case, the old Mughal Monument Taj Mahal was in question that was declared as a World Heritage Site by UNESCO in 1983. When M.C. Mehta, the environmentalist and Public Interest Lawyer who visited the Taj Mahal in 1984, found it turning yellow due to the rising pollution caused by the nearby industries thus, he filed a petition in the Supreme Court.

The petitioner stated that the monument was degrading due to the chemical industries, refineries, and foundries. Various gases like sulphur dioxide mix with oxygen mix and cause acid rain; due to such rains, the monument turned yellow. There were black and brown spots on the marble.

The Supreme Court held that the industries that cannot obtain gas connections should stop functioning in the Taj Trapezium Zone and relocate themselves. The Hon’ble Court added that 292 industries should change to natural gas as an industrial fuel and shift themselves.

The Air (Prevention and Control of Pollution) Act dealing with air pollution in India is quite strict. It deals with almost every aspect related to air pollution. It provides powers and functions of central and state boards to check emission limits and take appropriate action to curb air pollution in India. So, now is the need to enforce such laws with strict implementation.

It highly gets required that the government, both central and state take steps to control air pollution, prevent the environment from being spoiled and take necessary steps to solve environmental issues.

Which Section of the Air Act set up Central and State Boards?

Section 2(f) of the Air (Prevention and Control of Pollution) Act, 1981 set up the Central and State Boards.

Which board has the power to deal with the cases related to the Union Territories?

Section 6 of the Air Act vests to deal with Union Territory cases or delegate them to the Central Board. Central Board, in this case, can exercise the power of the State Board.

Which chapter of the Air Act provides the Penalties and Procedures to get followed under the Air Act?

Chapter VI of the Air Act provides penalties and procedures to be followed in cases related to matters under the Air Act under Section 37 to Section 46.

When did the Air Prevention and Control of Pollution Act come into Force?