Things To Know About Alimony 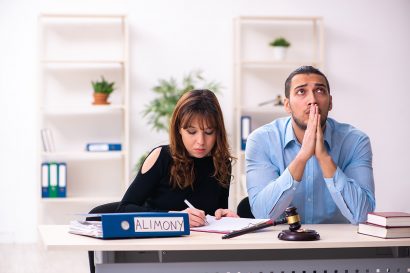 Alimony is a term that comes from the Latin word alimonia, which implies sustenance. Before or after marital separation or divorce, a partner has a legal responsibility to give financial support to his or her spouse. The responsibility stems from each country’s divorce or family legislation.

It differs from child support in most countries, where one parent is obligated to support his/her children after divorce by paying money to the kid’s other parent or guardian.

In India, it is conventional for the husband to pay for the other spouse’s support during and after a divorce.

Though alimony is a crucial issue to address throughout a divorce case, the notion of having the right to receive financial assistance for post-divorce maintenance was unfamiliar to many Indian divorcees, particularly women, a few years ago.

People are getting more aware of the many nuances linked to divorce legislation as the divorce rate in India rises at an alarming rate. The age of feminist initiatives and the expansion of knowledge among women has contributed to alimony’s increasing application in divorce proceedings.

Virtually every country law across the world have alimony or spousal support law. Both couples, regardless of gender, are expected to assist each other financially throughout and after marriage.

Due to the indissolubility of marriage, the notion of alimony became popular. Marriage is a holy bond, according to marriage customs. Even if there is mental or physical separation between the husband and wife, once the knot is tied, the partners must carry the responsibilities and obligations of marriage for the rest of one’s life.

Despite their broken relationship, the husband gets obligated to assume responsibility for his wife’s maintenance.

As time passed, legislation and education empowered women, and divorce naturally responded to a failing marriage.

As a result of today’s society’s equitable treatment of men and women, the weight of alimony might now rest on either party, depending on the financial conditions of the spouses.

Even though both men and women are equal before the law today, males are more likely to offer interim assistance to their ex-spouses throughout the litigation process.

Following a divorce, each spouse has the right to seek alimony. Though not an absolute right, the court may award is based on both spouses’ circumstances and financial situations.

Many questions arise in the mind of a divorcing couple, like how much alimony will I have to pay in India, rules for alimony in divorce by mutual consent, how long do you have to be married to get alimony and many others. Let’s get into deep and understand the laws for Alimony in India.

In this situation, the divorce has not occurred. It is only a separation situation. If one partner cannot support themselves during the separation, a court of law may require separation alimony to get paid.

Alimony payments stop if the couple reconciles. If, on the other hand, the separation leads to a divorce, the type of alimony will get changed to something other than separation alimony.

Permanent alimony payments, as the term implies, continue eternally. The following are the reasons for this form of alimony getting awarded: –

These payments will continue eternally until the spouse remarries, dies, or settles with another person.

Rehabilitative alimony does not have a set expiration date; instead, it gets determined by the unique circumstances of each case.

It’s granted if the spouse is not financially self-sufficient or if he or she finds a way to support themselves and their children. Payment of alimony to the spouse until the children can attend school is a common occurrence.

Rehabilitative alimony usually gets evaluated regularly to see how far it has progressed and the most recent developments. Changes get done in line with the situation’s review.

Reimbursement refers to the act of repaying someone, which is what this type of alimony aims to achieve.

When one party spends money to put the other spouse through college/school/an employment programme, and the spouse’s wages increase as a consequence, the court may grant reimbursement alimony to the extent of half or even the whole sum spent, depending on the circumstances.

It is a one-time alimony payment. In this instance, recurring payments are not an option. In place of property or other assets accumulated by marriage, the whole sum of alimony gets paid at once.

The Income-tax Act, 1961 has no particular provision regarding the taxability of alimony. The method of payment determines whether or not alimony is taxable. Previous decisions in various circumstances have also aided us in better comprehending the situation.

In case of a lump-sum alimony payment:

The alimony gets considered a capital receipt in this situation, and the Income Tax Act of 1961 does not apply. As a result, it is not considered income and is thus not taxable.

In case of recurring payments of alimony:

Alimony gets treated as a revenue receipt in the case of regular alimony payments. As a result, it gets considered as taxable income in the recipient’s hands.

However, it is essential to remember that the individual who pays alimony cannot claim a tax deduction.

Who is eligible to get Alimony?

Under Section 25 of the Hindu Marriage Act, 1955., the court may grant everlasting alimony to the lady or even the husband for her or his support and maintenance.

Even if the woman works, but her net earnings are substantially lower than her husband’s, she will be entitled to alimony to maintain the same standard of living as her husband.

If the woman does not work, the court will determine the amount of alimony based on her age, educational credentials, and ability to work. If the husband is disabled and unable to work while the wife is working, the court will award the husband alimony.

Deciding factors of Alimony in India

The court considers several factors while determining the sort of alimony to be paid, including:

How is Alimony Calculated?

There is no defined formula or hard and fast regulation for calculating the amount of alimony that the husband must pay to his wife. Alimony can get paid on a regular or monthly basis or as a one-time payment in the form of a lump sum.

Some people doubt can a working woman ask alimony in India. As per courts, the employed wife is entitled to the same position and level of living as she had at her matrimonial home.

If alimony gets paid monthly, the Supreme Court of India has established a benchmark value of 25% of the husband’s net monthly earnings to get awarded to the wife. There is no predetermined sum for a one-time payment, although it is generally between one-fifth and one-third of the husband’s net worth.

However, while calculating alimony, the court considers several criteria.

These variables can vary and may include the following:

The Congress administration then adopted legislation, the most contentious part of which was the entitlement to support for the period of iddat following the divorce, moving the onus of sustaining her to her relatives or the Waqf Board. It got deemed discriminatory since it deprived Muslim women the access to basic upkeep guaranteed by secular law.

Shah Bano, a Muslim lady, married Mohammed Ahmad Khan, a wealthy and well-known attorney in Indore, Madhya Pradesh, in 1972, and the couple had five children. Khan married a younger lady after 14 years, and after years of living with both spouses, he divorced Shah Bano, who was 62 at the time.

In April 1978, when Khan failed to pay her the Rs. 200 per month that he had allegedly promised, claiming that she lacked the financial means to support herself and her children, she filed a criminal suit against her husband in an Indore local court under section 125 of the Code of Criminal Procedure, requesting that he pay her and her children a maintenance amount of Rs.500.

In November 1978, her husband issued her an irreversible talaq (divorce), his right under Islamic law. He argued that since Bano had ceased to be his wife, he was under no responsibility to give her maintenance as required by Islamic law, which totalled Rs. 5,400.

The local court had ordered Khan to pay Bano Rs.25 per month in maintenance in August 1979. On Bano’s revisional plea, the High Court of Madhya Pradesh increased the amount of maintenance to Rs. 179.20 per month on July 1, 1980.

Khan subsequently petitioned the Supreme Court, arguing that Shah Bano is no longer his duty because Mr Khan had a second marriage, also permissible under Islamic Law.

Reactions to the verdict

Shah Bano Begum obtained the right to alimony. As predicted, the Shah Bano decision sparked a heated debate, with the media turning it into a huge national issue.

Muslim politicians launched a campaign to overturn the verdict. They flocked to the streets in response to the Shah Bano decision, believing it to be an attack on their religion and their freedom to make their own religious personal rules.

Muslims were alarmed by what they saw as an infringement on Muslim Personal Law, and they vehemently opposed the decision. Obaidullah Khan Azmi, the Barelvi chief, and Syed Kazi were their spokespeople.

This case prompted the Congress to adopt the Muslim Women (Protection of Rights on Divorce) Act, 1986, which modified the Supreme Court’s decision and limited the entitlement of Muslim divorcées to alimony from their former spouses to just 90 days following the divorce (the period of Iddah in Islamic law).

The Hindu Marriage Act’s alimony provisions are gender-neutral. However, alimony is exclusively granted to women under the Hindu Adoption and Maintenance Act, the Code of Criminal Procedure, and the Muslim Women Protection of Rights on Divorce Act of 1986.

The rules under all personal laws should be made consistent, explicitly defining the reasons either party can claim alimony; nevertheless, because the circumstances in each instance change, the list cannot be complete. Alimony is for the individual’s maintenance, and the court has discretion in determining the amount of alimony to award.

Can a working woman ask alimony in India?

Yes, working spouses are entitled to maintenance. According to the courts, even if the wife is employed, she is entitled to the same position and level of living as she had at her matrimonial home.

How long do you have to be married to get alimony?

Marriages that have lasted more than ten years are eligible for everlasting alimony. When determining alimony, the age of the husband also gets taken into account.

How to avoid alimony in India?

Alimony can get avoided in a lot of ways:

How much is alimony in divorce by mutual consent?

If alimony gets paid monthly, the Supreme Court of India has established a benchmark value of 25% of the husband's net monthly earnings to get awarded to the wife. There is no predetermined sum for a one-time payment, although it often varies from one-fifth to one-third of the husband's net worth.