Appellate: A Second Shot At Justice 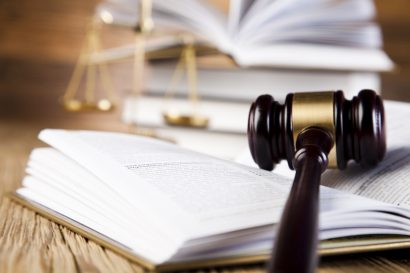 Human judgements are fallible. Despite best efforts and the provisions ensuring a fair trial and justice, mistakes and errors cannot get ruled out completely. Therefore, the Code provides for the appeals, enabling the superior courts to review, revise, and correct the judgements given by the lower court.

The Supreme Court gets the appellate and advisory jurisdiction. Appeals are not only a curative device. Instead, it serves a purpose of utmost importance. It provides the aggrieved parties with a certain satisfaction.

The fact that the judgements delivered by the lower courts are thoroughly scrutinised and reviewed by the superior courts. It, in a way, shows the aggrieved parties that all the reasonable efforts get made to reach a justified decision.

So, an appeal is a mechanism ensuring a judgment to be free from errors, prejudice, and mistakes—intending to inspire better confidence in the administration of justice in the public’s minds.

Interestingly, the expression ‘appeal’ is neither interpreted under the CPC nor the CRPC, but both extensively use the said concept.

The Courts depend heavily upon the interpretation of the appeal provided by the “Black’s Law Dictionary”. It states that:

“the complaint to a superior court for an injustice done or error committed by an inferior one, whose judgment or decision the Court above is called upon to correct or reverse. It is the removal of a cause from a Court of inferior jurisdiction to one of superior jurisdiction, to obtain a review and retrial”.

Whereas the “Merriam-Webster Dictionary” simply defines it as “a legal proceeding by which a case is brought before a higher court for review of the decision of a lower court.”

Essentials of An Appealing Cases

An Appeals is a complaint to courts higher in the hierarchy when there’s justice miscarriage or errs in the justice on the questions of law and facts.

The purpose of the appeals is to question the lower court’s jurisdiction, confirm, reverse or modify the previous decisions to issue the new decision by the appellate court.

Such a process requires additional time, effort and expenses. Thus, the appellate courts must not consider cases with petty concerns and look out for the following essentials:

Difference between Suit and Appeal

Who Can File an Appeal?

An appeal can be instituted by:

Broadly, the appeals get categorised as:

Other than these two broad heads, an appeal can also get categorised as:

Duties of an Appellate Court

Grounds for an Appeal

Right of an Appeal

Right to an appeal is a misconstrued concept. Many might consider the right to appeal as an inherent or procedural right, but, amusingly, it is a statutory and substantive right.

The statutory right is something that gets conferred by the statute. There won’t be any right to appeal if the law does not provide for it.

Contrary to the right to institute a suit, an inherent right, an appeal can only get initiated if the appeal statute provides so. When a statute confirms the right to appeal, it offers the Appellate Court’s installation where the appeal shall lie.

Appeals, perceived as the curative mechanism, is a way to correct the error committed by an inferior court while deciding the case. Hence, it’s a way of ensuring justice to the aggrieved party.

The right to appeal is a statutory right which means that the appeals can get filed when the Statue permits so. The first appeal is discussed under the Code, 1908 and against the original decree or order. If the aggrieved person/part is still not satisfied, they can resort to a second appeal.

The concept of appeal requires additional time and effort and thus, shall get filled in the cases of sheer miscarriage of justice. The Appellate Authority shall apply their judicial mind and provide a final decision with the utmost consideration.

Is appeal a new trial?

No, the appeal is the continuation of the previous suit.

Can new pieces of evidence and witnesses be introduced in an appeal?

Yes, but by the discretion of the court under exceptional circumstances.

Will the court hear an appeal in every case?

No. in some instances, one has to seek the permission of the court to appeal through “Leave to Appeal.”

Can bail be granted during the pendency of an appeal?

Yes, the Apex Court and the High Court have the powers to grant bail under such circumstances.

Is the right to appeal an inherent right?

Right to appeal is the creation of statute and can neither be inherent right nor natural right.