Arms and Ammunition laws in India 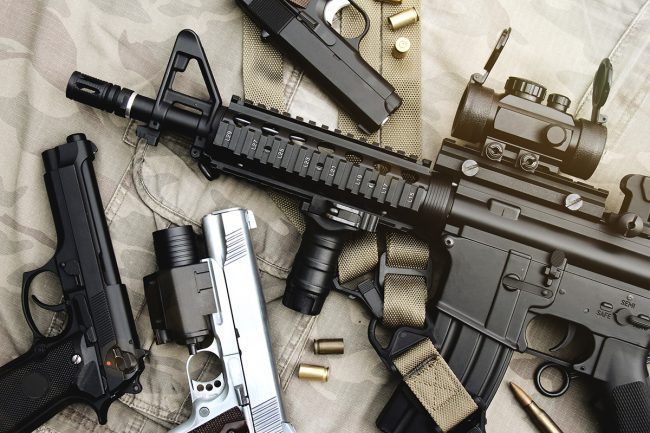 The Arms act, 1959 also empowers the govt official to exercise powers with matters related to arms and ammunition.

This Act is substantive law and mentions penalties and punishments according to sections and rules.

Arms act 1959 prevented many Indians from owning weapons to ensure that it would be less effective if there were another Indian uprising.

History and Evolution of Arms Act in India

The history of the arms act in India is so deep. This act keeps evolving by time and condition in India.

It all started in colonial times; after the revolt of 1857, large armed masses of Indians gathered together to oppose the British rules.

Britishers were frightened by Indians and observed that Indians with arms were a threat to their rule in this country. So, to dismiss the possibility of another uprising in masses, in 1878, Britishers introduced the Indian Arms Act, 1878.

According to the Indian arms act, no Indian could keep arms without prior permission or proper license. This rule got implemented during victory herd actions tenure.

All Europeans got exempted from this act. On the other hand, strict penalties and controls were imposed on Indians owning any type of weapons.

Mahatma Gandhi and other national leaders strongly oppose this act. He said, “Among the many misdeeds of British rule in India, history will look upon the Act depriving a whole nation of arms as the blackest“.

The Indian arms act, 1878, kept imposing restrictions on Indians for having arms till the end of the colonial period.

After Independence, the Arms Act, which came into force on 1st October 1962, replaced The Indian Arms Act, 1878.

It is observed that it is necessary to permit the leading citizens to possess and use firearms in certain situations. Hence, the act came into effect.

Thus, the right to keep and bear arms was not made a Fundamental Right but got recognized as a legal right through The Arms Act, 1959. The Arms Rule, 1962 also came into effect.

The Arms Act, 1959 states that a license for possession of arms can get issued to any citizen of India who has good reasons, any threat to his/her life, or self-defence.

Article 14 states that authorities can deny issuing a license for “public peace or for public safety” reasons.

Authorities are not obligated to give reasons for refusal on issuing such licenses. The authorities accept only 50% of applications for issuing licenses.

The citizen who owns the arms license should get renewed after every three years.

In India, around 3.22 per 100,000 people get killed every year, of which 90% of them committed the crime using illegal weapons.

This rule comes into force for the safe use and storage of arms. This act got notified on 15 July 2016, which replaced the arms rules, 1962.

According to the Arms rule, 2016, every person applying for an arms license or a manufacturer shall get required to complete arms and ammunition safety training courses.

The Arms rule, 2016 says that after the compilation of eligibility criteria and police verification, authorities need to grant or refuse the arms and ammunition license application within 60 days.

The parliament passed the Arms Amendment bill to tighten the Arms Act, 1959. This bill fulfils the purpose of maximum punishment or life imprisonment for the possession and manufacturing of illegal weapons.

This bill comes in act to stringent punishment for possession of illegal arms and those indulging in rash and negligent acts of gunfire, endangering the life and safety of others. The bill presumes the offence is more heinous in the law’s eyes and punishable with imprisonment up to two years or maybe fine up to Rs. one Lakhs or both.

The bill also proposes max punishment for making illegal arms which is imprisonment for life if convicted.

Under the Arms Act, 1959, a license was required to possess or to carry a firearm. And the act also allowed a person to obtain a license for up to three firearms.

The Arms Amendment Bill 2019 reduces the number of firearms from three to one per person.

The main objective of this act gets mentioned in its preamble, which states, “An Act to consolidate and amend the law relating to arms and ammunition.”

To reduce the manufacturing and sale of illegal firearms to reduce crimes related to firearms.

Procedure to obtain a gun license

The procedure to obtain a gun license in India gets defined under section 13 of the Arms Act, 1959.

An applicant should file an application of form A-1 in licensing authority and pay the fee, if any.

Conditions in which firearm license gets issued

The Arms act of 1959 allows citizens of India to get non-prohibited bore guns licenses. It can be issued to anyone who can claim the following status:-

Prohibited arms and ammunition in India

According to The Arms Act, 1959, Section 2(i) Defines “prohibited arms”. These are firearms, including artillery, anti-aircraft and anti-tank firearms, weapons designed to release any noxious liquid, gas or another such thing. The object and reasons of this Act are intended to exclude knives, spears, bows and arrows etc., from the definition.

And Section 2(h) of the above act defines prohibited ammunition like bombs, grenades, rockets, missiles etc.

Punishments for Offences Under Section 25

Section 25 of the Arms Act, 1959 defines punishment for all the offences mentioned in the Act.

Under sections 5 and 11 of The Arms Act, 1959, if a manufacturer sells, transfer, convert, test, repair, shorten the barrel, transport in and outside of India of arms and ammunition, shall be punished with imprisonment for life, or imprisonment not less than seven years or with fine.

Whoever has possession of prohibited arms and ammunition violates section 11 of the act shall be imprisoned not less than seven years or maybe extended to 14 years and liable to fine.

Provided with the above provision, whoever takes the firearm from police or armed force by using force shall be imprisoned not less than ten years, which may extend to imprisonment for life and liable to pay a fine.

Whoever sells, manufactures, transfers or repairs any prohibited arms and ammunition violated section 7 of the above act shall be liable for imprisonment for life or detention not less than ten years and fine.

Being a manufacturer or a dealer of arms and ammunition, if a person fails to maintain a record or make false entries, violates section 44 of the above act shall get imprisoned not less than two years which may extend to 5 years or fine or shall be liable to fine.

Recently, The Supreme Court of India on Arms Act, 1959 the brief of the case are-

The accused got found with a country made barrel gun with two rounds of bullets and 50 grams of explosive without the licence. He got charged under section 25(1)(a) of the arms act, 1959.

The magistrate passed the order that the accused was a first-time offender, but still, he was with illegal arms and ammunition and so much time spent by the accused in custody.

The capital punishment awarded to accused Ayub khan gets sentenced to one year of rigorous imprisonment and a fine of Rs. 100.

The accused got charged under section 25(1)(a) of the arms act, in which a minimum of 3 years of imprisonment is mandatory.

Finally, The Hon’ble Supreme Court ordered that the accused undergo imprisonment for three years and be liable to pay a fine of Rs. 5000/- in default of payment of fine, another three months of imprisonment.

Since 1959 the Arms Act has undergone many changes, and it received the most recent amendment in 2010.

There was also a controversy that airgun is to get included under this act, but India’s Supreme Court rejected it.

Usually, arms and ammunition always became a reason for the threat to citizens. It always disturbs the peace and order in society and may create violence sometimes.

The law is necessary to regulate and prevent the citizens from doing such acts that threaten the lives of others and themselves.

According to a small arms survey, more than six crore illegal firearms are present in India, despite such strict laws, which became a reason to promote more crimes like murder, robbery, extortion, kidnapping and many more. As we mentioned above, 90% of homicide gets done by illegal firearms.

The main objective of the Arms act is to control arms and ammunition crimes and reduce the trafficking of illegal weapons which causes crimes.

What is the eligibility to get a license in India?

A person should be mentally and physically fit. An applicant should not have any criminal record in the past. The local police gathered a lot of information about the applicant from neighbours and acquaintances.

When does the Government issue a notice to submit a firearm?

On official notice during elections or riots, firearm owners need to submit a firearm to the police station.

What is the minimum age to own a gun in India?

According to the arms act, 1959 chapter 3, a person needs to be a minimum of 21 years of age to own a gun in India. Despite this, it is almost impossible for normal citizens to have a firearm license.

Do a person need a license to have a pellet gun?

Under new rules, all guns, for example- pellet guns, blank guns, paintball guns, are treated as firearms and possession of these guns without license falls in the category of illegal firearms.

What kind of gun license does a person get in India?

Only shotguns, handguns and sporting rifles licenses are given to the citizens of India.

How to renew a gun license in India?

A law-abiding citizen needs to apply for renewal of a gun license in a particular format before the one month of expiry of a license.