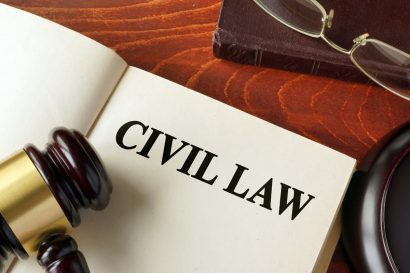 There is no concept of appeal in the code of civil procedure, but there is no doubt that any request to an appeal court by a party seeking to set aside or overturn a lower court’s ruling is an appeal.

An appeal in its true sense gets defined as the complaint to a superior court for an injustice done or error committed by a lower court. In this case, the former is asked to correct or overturn a ruling or a decision.

So, to have the lower court’s decree reversed is a Statutory Remedy.

Grounds of an Appeal

The following grounds may get used to filing an appeal under the civil procedure code:

Who can File an Appeal?

Features of an Appeal

A Memorandum of Appeal includes the name of the court, tribunal, or authority to which it gets presented with:

A valid memorandum of appeal must include the following elements:

Appeals from the Original Decrees

Appeals To The Supreme Court

It must also include a request for a certificate, stating that the case involves a substantial question of law that must get decided by the Supreme Court.

The opposing party will get an opportunity to raise any objections to the issuance of such a certificate. If the applicant denies the certificate, the petition gets dismissed. If the appeal gets accepted, the appellant will be required to deposit the required security and costs within a specified time frame.

After the applicant fulfils the obligations mentioned above, the court from whose decision the appeal is preferred shall declare the appeal as admitted. After this, the respondent gets an intimation.

Circumstances For Stay of an Execution Of Decree

It gets granted under the following conditions:

Appeals get recognised as statutory rights of persons aggrieved by an inferior court’s decision in the interest of justice. First appeals are a type of appeal established by the Code of Civil Procedure. In an appeal to the foremost appellate authority, the limitation period is 90 days, where it lies to the High Court.

Finally, it concludes that the provisions of the CPC extensively deal with both substantive and procedural aspects of all types of appeals while making explicit modifications to accommodate more specific legislation.

Who cannot file an appeal?

Can there be a second appeal?

Section 103 provides that, although no second appeal exists on a factual question when such an appeal is before the High Court, and the evidence is sufficient, the Court may decide any genuine issue necessary for the disposition of the appeal.

The second appeal only gets permitted under two circumstances.

Which is the highest appeal in India?

The Supreme Court of India stands out to be at the apex of the pyramid of the Courts in India. It is the Highest Court of Appeal in India. Apart from the appellate jurisdiction, it also acts as a guardian of the Constitution of India.