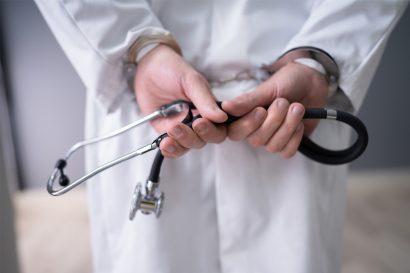 This act is called the clinical establishments (registration and regulation) act(CEA), 2010.

This act aims to achieve the objective set by article 47 of the constitution of India.

Article 47 states that the state has to raise nutrition levels and living standards to improve public health.

So, the state has the primary duty to raise nutrition levels, the standard of living and improve public health. Apart from this, the state shall prohibit the use of alcohol and drugs except for medicinal purposes.

In simple terms, the objective of this act is to regulate clinical establishments in India through an established legal procedure and implement standard practices.

Application to this act gets mentioned in subclause (2) of section 1 of the clinical establishments (registration and regulation) act(CEA), 2010

It will apply to any other states if those states adopt this act by passing the resolution under clause (1) of Article 252 of the constitution of India.

According to section 2, a clinical establishment means

These establishments shall be owned, controlled or managed by—

An exception to this rule is that it does not include the clinical establishments owned, controlled or managed by the Armed Forces.

The national council appointed under section 4 of the act has some essential functions laid to perform:-

Section 3 laid provisions for establishing the national council for clinical establishments and details of members and their eligibility criteria.

Section 8 laid provisions for establishing the state council for clinical establishments and details of members and their eligibility criteria.

While in section 12, conditions for these registrations get prescribed.

For registration of these clinical establishments, there must be some conditions mentioned in this section:-

This provisional registration shall get granted within ten days of receiving the application by the appropriate authority.

The application for renewal of these certificates shall be made before 30 days of the expiry date of the provisional certificate. In a case made after that, shall be allowed after paying the required enhanced fees.

There is a time limit to make this application for provisional registration laid under section 23 of this act, beyond which no certificate shall be granted or renewed.

Furthermore, an application for permanent registration of a clinical establishment can get moved under section 24 of the act. The application shall get submitted with evidence of complying with all the required minimum standards.

The appropriate authority if allows the application and grants a certificate of permanent registration, that certificate will be valid for five years(Section 30) and,

If it disallows the application, it shall record the reasons to do so.

The disallowance of the application doesn’t debar the establishment from re-applying for permanent registration after rectifying the deficiencies(Section 31).

An application for renewal of the permanent certificate shall be made to the authorities six months before the expiry of its validity.

Cancellation of the registration can get done anytime after giving show cause notice of three months on the grounds of:-

How to register a clinic in India?

Any person can have clinical establishment online registration through which he can apply for a provisional registration or permanent registration under this act through the online portal of the Ministry of health and the family welfare of the government of India.

The portal incorporates an application form for registration/renewal of registration of clinical establishment.

Section 40 provides that if no penalty is provided in the clinical Establishment Act for any contravention of provisions, the offence is punishable with a fine of ten thousand rupees. For any second, it may extend to fifty thousand rupees and any subsequent offence with a penalty that may extend to 5 lakh rupees.

Section 41 prescribes that if someone carries a clinical establishment without registration,

According to section 42, whoever in his own volition disobeys any direction given by any person or authority empowered to do so under this act or obstructs that person or authority from doing the same shall be punished with a fine extending to five lakh rupees.

Any person required under this act to supply any information, withholds such information or provides false information knowingly shall be liable to a monetary penalty extending to five lakh rupees.

Section 44 covers penalty for contravention of provisions under this act committed by companies,

Section 46 prescribes a provision for the recovery of fines.

Initially, this act has taken effect in four states, namely, Arunachal Pradesh, Himachal Pradesh, Mizoram, Sikkim, and all union territories except the NCT of Delhi.

Uttar Pradesh, Uttarakhand, Rajasthan, Bihar, Jharkhand, Assam and Haryana have adopted the Act under clause (1) of Article 252 of the Constitution.

The state of Karnataka came with its own Karnataka medical establishments act in 2007 even before the CEA.

After that the state of West Bengal came with its own West Bengal clinical establishment ( Registration, regulation and transparency) Act, 2017. This act is only applicable to hospitals with over 100 beds.

Does the state have a duty to check that all clinical establishments are registered or not and keep a check on those who are not duly registered?

Whether these clinical establishments are complying with the minimum standards?

In the case of Ahmad Nabi v. State of Uttarkhand & Ors. Writ Petition (PIL) NO.120 OF 2016 observed that “once any legislative enactment is made, it is the duty of the State to implement and carry it out in letter and spirit.“

It also observed that article 47 lays down an obligation on the states to maintain a public health standard by strictly applying the statutes to regulate their functioning.

It is the state’s primary duty to maintain these public health facilities as every citizen has a right to life under article 21 of the constitution of India.

Is a hospital liable for the negligent acts of its staff under the rule of vicarious liability?

It is conclusive that the present act gets codified to establish a medical system with better medical standards.

The state has to bring all the public health facilities under the ambit of the CEA, 2010. Our medical sector complies with the rules set up for them and provides better facilities without any arbitrary move.

The government’s objective is that by this act, these public health facilities run their work under the government’s vigilance by duly registering themselves and without exploiting the country’s people.

This act enables the state to check the personnel involved with medical facilities and on their conduct.