Contempt Of Court: Disobedience to Court and Justice 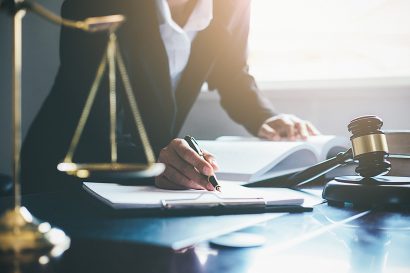 Anything that restricts or impairs the freedom of judicial proceedings must inevitably impede the administration of law and interfere with the due course of justice. It is unquestionably contempt of court.

In India, Section 2(a) of the Contempt of Court Act of 1971 defines contempt of court as civil or criminal contempt.

But what is Contempt of Court?

Simply defined, contempt of court is any disrespectful conduct to the authority, dignity, or justice. The act of committing contempt is known as “contemn,” and the offender is known as a “contemnor.” Contemnors may face a fine or imprisonment.

EVOLUTION OF CONTEMPT OF COURT TILL DATE

Contempt of court has a long history in India, dating back to the British Raj. The colonial government bestowed the power to punish contemnors for contempt of court on “courts of record,” which were essentially courts where the proceedings got recorded, usually high courts.

SECTIONS OF THE CONTEMPT OF COURT ACT

Section 3– Innocent publication and distribution of matter, not contempt.

Section 4– Fair and accurate report of judicial proceedings, not contempt.

Section 6– Complaint against presiding officers of subordinate courts when not in contempt.

Section 7– Publication of information relating to proceedings in chambers or cameras, not contempt except in some instances.

Section 8– Other defences not affected.

Section 9– Act not to imply enlargement of the scope of contempt.

Section 10– Power of the High Court to punish contempt of subordinate courts.

Section 11– Power of the High Court to try offences committed or offenders found outside the jurisdiction.

Section 12– Punishment for contempt of court.

Section 13– Contempts are not punishable in some instances.

Section 14– Procedure where contempt is in the face of the Supreme Court or a High Court.

Section 15– Cognizance of criminal contempt in other cases.

Section 16– Contempt by a judge, magistrate or other person acting judicially.

Section 18– Hearing of cases of criminal contempt to be by Benches.

Section 20– Limitation for actions for contempt.

Section 21– Act not to apply to Nyaya Panchayats or other village courts.

Section 22– Act to be in addition to other laws relating to contempt and not in derogation.

Section 23– Power of the Supreme Court and High Courts to make rules.

Some contempt of court examples:

TYPES OF CONTEMPT OF COURT

The two types of contempt of court in India include:

Section 2(b) of the Contempt of Courts Act of 1971 defines Civil contempt as willful disobedience to any judgement, direction, order, decree, writ, or other processes of a court, or wilful breach of an undertaking given to a court.

Certain elements must be present to establish various types of contempt of court. Civil contempt requires the following elements:

The 1971 Contempt of Courts Act’s Section 2(c) of 1971 defines criminal contempt as the publication (be it words, spoken or written, or in signs, or by visible representation, or otherwise) of any matter or the performance of any other act whatsoever which:

ARTICLE 129 of Contempt of Court Act

To derive contempt power, the Court relied on a constitutional provision. Article 129 of the Indian Constitution of 1950 established the Supreme Court as a “court of record” and gave it the authority to penalise for contempt of court.

Meaning of Court of Record

Contempt of court includes not only wilful contempt or disobedience of the court’s orders but also any action that tends to undermine the court’s authority and the administration of the law or that defeats, impairs, or prejudices the rights of witnesses or parties to pending litigation.

Contempts got categorized as direct or consequential under common law.

It gets defined as words spoken or acts performed in the presence of the court that tend to defeat or obstruct the justice’s administration;

Consequential, indirect, or constructive contempt is performed at a distance and not in the court’s presence with a similar tendency.

DIFFERENCE BETWEEN CIVIL AND CRIMINAL CONTEMPT

It sometimes becomes difficult to distinguish the two. Judges may have considerable discretion in classifying particulate conduct based on a variety of considerations:

It is considered civil contempt when a contempt charge seeks to coerce or force someone to obey a court order. Holding someone in criminal contempt, on the other hand, seeks to punish the contemnor for dishonouring the authority or dignity of the court.

This contrast may also apply to monetary fines and/or penalties. It is civil if the penalty or fine entails the intention to compensate another party.

It is criminal if it gets intended to punish the person who committed the contemptuous act.

A criminal contempt punishment is usually final, and it cannot get lifted simply by correcting or showing a promise not to repeat the disdainful act. Civil contempt, on the other hand, maybe conditional.

On complying with the court order, the charges and punishment get dropped in many cases.

For example, if a person gets detained for failing to produce evidence while in their custody, they may be released as soon as they produce it. An apology to the judge may even suffice in some cases.

The burden of proof required:

Civil contempt can be proven using the standard of clear and convincing evidence. It means that the evidence presented is very likely to prove the commitment of the contempt.

On the other hand, criminal contempt requires a higher standard of proof beyond a reasonable doubt.

When a person charged with civil contempt is entirely unable to comply with the court order, they may invoke the “impossibility defence.” This defence does not apply in criminal contempt because the latter involves an overt act rather than a failure to act.

Ass opposed to civil contempt, criminal contempt is a criminal offence, and courts try to resolve it as a criminal proceeding.

As a result, someone charged with criminal contempt gets entitled to the constitutional due process protections afforded to people accused of a crime.

PUNISHMENTS UNDER THE CONTEMPT OF COURT

The High Court and Supreme Court get the authority to punish for contempt of court.

Some contempt of court punishments are:

Lack of Knowledge of the Request:

An individual cannot get held liable for contempt of court if he has no information about the request issued by the court or claims to be unaware of the request.

The courts impose a responsibility on the productive party to serve the request handed to the Individual by post, by and by, or through the assured duplicate. The contemner can easily claim that the confirmed duplicate of the request did not serve him formally.

The noncompliance or rupture should not be:

If someone is arguing under this protection, he or she might claim the failure to do the demonstration repeatedly, that it was a simple mistake, or that it is beyond their capacity to manage. However, your argument must be fruitful if it appears to be reasonable; else, your statement can get disposed of.

The resisted request should be ambiguous or uncertain:

If the court’s order is unclear or dubious, or if the order isn’t explicit or complete in and of itself, an individual may face the barrier of contempt if he speaks out against it.

Innocent publication and distribution of matter:

A person is not guilty of contempt of court if he or she publishes, whether by words, spoken or written or by signs or visible representations.

Fair and accurate report of judicial proceeding, not contempt:

A person shall not get convicted of contempt of court for publishing a fair and truthful account of a judicial procedure or any state thereof, subject to the restrictions of Section 7.

Publishing a fair comment on the merits of any case that has been heard and decided shall not constitute contempt of court for the person who publishes it.

Individuals aren’t in trouble for saying things they don’t mean when speaking in good faith about the presiding officer or subordinate court.

(a) Any other inferior court or

(b) The Supreme Court, to which it is subordinate.

Contempt of court is a general term that refers to behaviour that disrespects or insults the authority or dignity of the court.

Often, contempt manifests itself in actions deemed detrimental to the court’s ability to administer justice. Judges usually have a lot of leeway in deciding who to hold in contempt and what kind of contempt to hold.

Criminal contempt and civil contempt are the two types of court contempt.

Participants in a proceeding, attorneys, witnesses, jurors, people in or around a proceeding, and court officers or staff can all get found to be in contempt. Civil contempt frequently involves someone failing to obey a court order.

Judges use civil contempt sanctions to compel such a person to comply with a court order that the person has violated. On the other hand, criminal contempt charges are punitive, meaning they get intended to deter future acts of contempt by punishing the offender regardless of what happens in the core proceeding.

Which court can punish for contempt?

Who can file Contempt of Court?

What is the procedure involved in contempt of court in India?

The processes outlined in the Contempt of Court Act, 1971, must be followed, as stated in Indian Constitution’;s Articles 129 and 215. Individuals can use the following options to combat disdain. He may present the material to the court and urge that it take action.

What was the report of the contempt of the Court Committee?