What Comes Under Contract Labour Act? 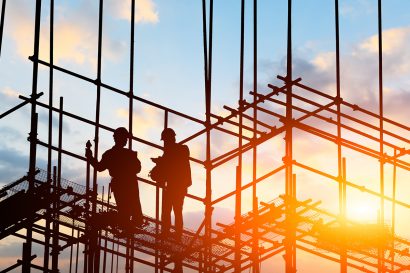 The Contract Labour Act defines a contract labourer as somebody appointed in respect of work of an organisation by a principal employer (who is the company owner or management) through a contractor.

As a result of accelerating nations, the globe’s work and labour system has also altered its course. Due to global market changes, the new-fangled era of liberalisation and globalisation has drawn international investments in India, making corporations anxious about the workforce. This situation resulted in the employment and deployment of contract labour.

Economic floods erupt as a result of the upsurge in liberalising laws. Employers are searching for a more dynamic model in their tie-in with employees. It gets accomplished by appointing labour on a provisional or contractual basis, transforming them into contract labourers. Contractual labour has become a prevalent type of reliance, ranging from the men who serve us meals in canteens to the security services.

The heavy reliance upon the labour attracts thousands of contractual workers, raising their possibilities of maltreatment at the disposal of a labour contractor. Hence, it necessitated the formation of the “Contract Labour Act” or “CLRA act” to protect the interest of such labour type.

Regarding the labour connected with the significant business and the manner of wage payment, “contract labour” differs from “direct labour.”

When a workman is engaged in connection with the work or “contract for service” of an enterprise by or via a contractor, he/she is contract labour. They are indirect workers, employed, overseen and paid by a contractor, who the organisation pays.

Contract labour, in any form, is neither borne on the payroll nor muster roll, nor are earnings paid directly to the labour.

The legislation includes a variety of provisions for the welfare of contract employees, such as minimum wage, social security benefits, and others. The Contract Labour Act also governs contract labour in specific establishments and provides for its removal under certain conditions.

Contract labour frequently gets exploited by contractors who are intermediaries between the labourers and the true employer. Labourers are in misery due to lower salaries and terrible working conditions, and there are few restrictions. These dreadful conditions prompted the creation of the Contract Labour Act 1970, which was a great stride forward by the government in the field of contractual labourers.

Even though the administration passed legislation on schedule, its poor execution has caused it to fall flat time and again.

This Contract Labour Act intends to provide justice for contractual labourers’ rights and strengthen their welfare. It has several policies in place to safeguard contract workers’ rights and provide them with necessities.

The Contract Labour Act is primarily concerned with addressing the issues of contract labourers, safeguarding workers from victimisation, and ensuring their privileges. Furthermore, it tries to eliminate contact labourers from perineal activities and jobs where regular labourers may get employed.

On the issue of application, it extends to any organisation:

Contractors are subject to the same rules.

As per the terms of this Contract Labour Act, each organisation using contract labour must be legally registered and have a registering officer to preside over and administer the various procedures associated with the Contract Labour Act.

The mechanism for Registration of Contract Labor Companies

Every company that hires contract labourers must get a registration certificate from the proper authority. The following is the method for registering such businesses:

Specifications of the Registration Certificate

The contractor should be responsible for maintaining all sorts of records about the individuals he employs, and the Principal Employer should not meddle in such things.

As employers, the Contractors will be expected to comply with the terms of these Acts, i.e. the employer welfare laws, and you, as the Principal Employer, will not have to bear the burden of compliance on their behalf.

The principal employer can collect the equivalent amount paid by the contractor either through the contractor’s debt or by deducting it from any payment payable to the contractor, depending on the circumstances.

The Contract Labour Act requires the contractor to offer specific facilities to the workers it employs.

The contractor should provide the following services:

If the contractor defaults to make available the amenities mentioned above, the major employer must do so. On the other hand, the principal employer can recoup any expenditures to provide these amenities from the contract labour.

Contract labour during the COVID period

It is commonly known that labour in India gets stuck in an unprecedented predicament due to the Covid-19 outbreak. A large proportion of employees’ jobs and lives getting impacted.

The problem of prohibiting ambiguous employment was put before the court in this instance. The court declined the case, holding that if uncertain employment is outlawed, people who may get hired on a contractual, temporary, or casual basis will get denied an opportunity to work instead of not having a job at all.

Such unpredictable or transient work would provide them with some relief. The court thus refused to grant permanent status to workers working for a long time. However, the court also emphasised that ‘equal pay for equal work’ is clearly stated in the Directive Principle of State Policy and is part of the principle of equality entrenched in the Indian Constitution.

What activities are forbidden under the contract labour Act?

Contract labour is not permitted in core activity.

Is it legal to use contract labour even for core activities under specific circumstances?

Yes. In the event of an increase in the workflow of the core activity that is required to get wrapped up in stipulated time, the major employer may hire contract labour in that core activity.

Does the Legislation bind government agencies and local governments?

Yes. An establishment is a bureau or governmental department or an office of the local authority, or any place where any business, industry, commerce, production, or profession getting performed. The law applies to any company employing five or more contract workers.

Who is eligible to apply for a licence?

The owner/partner/director/CEO, or any other official lawfully authorised by the board of trustees of the contractor's establishment.

Where may an appeal be submitted?

Before the Labour Commissioner, Government of the National Capital Territory of Delhi, 5 Sham Nath Marg, Delhi-54