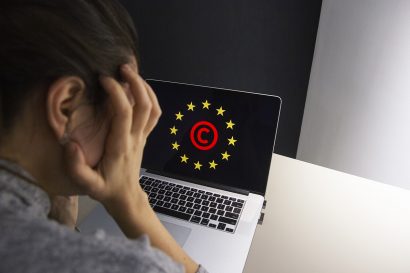 A copyright is an intangible and amortizable asset used as a legal right of authorship to publish a work.

Copyright is a form of intellectual property for which the creator gets the protection to his/her original creation like literary, artistic, dramatic, musical, cinematic works, etc.

A copyright is a protection granted to an originally created work. Any work which is copied or plagiarised from anywhere else does not get such protection.

After creating the original work, Copyright protection commences. But its registration is optional/not mandatory.

To initiate a suit of infringement, registration of copyright is not requisite.

The copyright act in India prevents the rights of an author of original work. This asset can only confer monetary benefits but cannot get touched as other assets like property.

In India, the Britishers enacted the earliest law of copyright, i.e., the Indian Copyright Act, 1847, to enforce rules of English copyright in India.

After the Copyright act of 1911, this law got repealed, replaced, and applied to all British colonies, including India.

Further, it was again amended by the Indian copyright act, 1914, which remained applicable in India till it got replaced by the Copyright Act of 1957 by the parliament of sovereign India.

Process of Registration under the copyright act

Copyright registration is prima facie evidence of particulars entered therein and is admissible in all law courts without further proof or originals.

Enforcement of copyrights in India

In India, copyright protection is granted by the copyright act,1957

The copyright act provides for both civil and criminal remedies for the offence of infringement of copyright.

This act provides civil remedies through an injunction, damages, or accounts of profits, destruction of infringement material for destruction, etc., as per section 55 of the act.

The criminal remedies as per the copyright act provide punishment of imprisonment of up to a minimum of six months and a maximum of three years, and a fine of rupees fifty thousand extending up to two lakhs for infringement of copyright or other rights under the copyright act as per section 63 of the act.

If a police officer not below the rank of a sub-inspector is satisfied that an offence took place under section 63 then,

According to section 64 of the copyright act, the police officers gets empowered to seize the infringing copies or the plates without a warrant without the court’s intervention.

These seized copies must be presented to the magistrate as soon as practicable.

At any time of the trial, the court can deliver the seized property upon the copyright’s original owner for disposal of that property.

Protection to Foreign works In India

The protection of copyright to foreign work within the boundaries of India extends to those countries who are a signatory to copyright order, 1999.

Section 40 of the 1957 act prescribes power to the central government to extend its protection to foreign works under the copyright act.

It will apply to:-

Section 40A prescribed the power to the central government to apply chapter VIII of the copyright act to broadcasting organisations and performers in certain other countries.

If the central government is satisfied that a foreign country is also a party to a convention to which India is also a party, then the government, by notification in the official gazette, state that the copyright act will apply to:-

The central government also reserves the right to restrict the work of foreign authors first published in India and foreign broadcasting organizations and performers under sections 42 and 42A, respectively.

A copyright license confers the original owner’s interest of the copyrighted work to the other person by granting the right to the licensee.

The license must be in writing and signed by the original owner of the work or his duly authorised agent(Section 30).

When a license gets granted to a person, he gets authorized to use and distribute the original work.

License is just an authorization to the other person without which the act will get considered an infringement.

The original owner/author of the work can grant an exclusive license to any other person giving him only the right to use the work and restricting all other persons from using or distributing the work.>

Section 2(j) of the act defines the term “exclusive license”.

Chapter V(section 22-29) of the act covers the term of copyright.

The term of subsisting copyright for literary, artistic, musical or dramatic works published within the owner’s lifetime will be sixty years from the beginning of the calendar year of the following year the author dies(Section 22).

The duration of subsistence of copyright will be sixty years from the beginning of the following year’s calendar in which the work is first published(Section 23).

Section 51 prescribes that when any person other than the work’s original owner uses or distributes that work without any license, that act is considered an infringement of copyright.

Publishing copies of a literary, musical, artistic or dramatic work in the form of cinematographic films will be considered an infringement of copyright. These copies will get regarded as “infringing copies”.

Suppose a person publishes a copy of the original work for trade purposes or monetary profit, believing it is already registered or original work. In such a case, the person will be held liable for infringement.

If a person copies a book of an original author and sells it to get Monterey benefit, that gets deemed an infringement.

Suppose any person uses or distributes any cinematographic film or sound recording of another person who is the original owner of that work without any license granted by the original owner. In that case, that person is liable for copyright infringement.

Certain acts not get considered as infringements of copyrights are laid in section 52 of the act. These acts are:-

Whether the court is empowered to protect against online infringement?

“The court has the power to protect an original work from infringement of its copyright by passing a John doe order to all the Internet service providers(ISP’s) to block all those websites liable for infringement”.

Whether the photocopying of books and their distribution for educational purposes would amount to infringement?

This case is also known as the DU Photocopying case. The court restrained the Rameshwari photocopying service from photocopying the original work based on a petition filed by appellant publishers.

A higher bench of the Delhi court considering the economically disadvantaged students observed that photocopying original work for educational purposes would not infringe.

The copyright act,1957 supported by copyright rules, 1958 governs the copyright law in India very well, and the Judicial pronouncements played a crucial role in its enforcement and implementation.

The development of the international copyright order, 1999 and the subsequent copyright rules, 2013, laid procedures for implementing the copyright act,1957 (i.e. Application, registrations and forms, etc.).

It lays the code of conduct for acquiring, management and quashing these rights.

The development information technology(IT) act, 2000 also played a role in the enforcement of copyright in this techno-savvy era.

The IT Act, 2000 plays a role in the protection of an original work against online piracy.

It is good to register an original work in the office of ROC so that the implementation of the copyright act becomes more effective.

How can an author relinquish his copyright?

An author has the right to relinquish the copyright for his original work under section 21 of the act by filing form 1 under rule 4 of copyright rules, 2013.

In which case the madras high court observed that an author has the right to copy, sell or give, or communicate its work to the public, including a dubbed work under section 14 of the act?

In which case the Delhi high court found that the act of selling copied books for commercial purposes would amount to infringement?

Which section of the copyright act prescribes the procedure to get a license for valuable work for persons with disabilities?

Under section 31B by filing form V with the required fee specified in the second schedule as per rule 17 of 2013.

Which section provides the remedy for the threat of groundless proceedings?

Under Section 60 of the act, the remedy gets provided for such acts.

These remedies can include: