Criminal Intimidation: A Law Under The Indian Penal Code, 1860 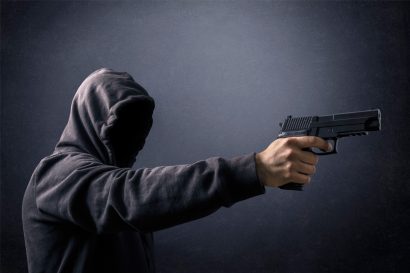 The purpose is to make them do something against the law for the intimidator’s profit or benefit. Intimidator might use words or actions to threaten and injure the victim’s body, property, reputation or family member.

Section 503 of IPC 1860 defines the offence of criminal intimidation. To commit the offence, a person intentionally threatens another with the fear of injury to his person, property or reputation to escape. The other person has to do an act that is against the law.

The Provision gets segregated into two for better understanding.

The landmark judgment of Narender Kumar & Ors v. State laid down the following necessary ingredients to constitute the offence of criminal intimidation:

Section 506 contains the punishment for the offence of criminal intimidation. These are:

In the case of Simple Criminal Intimidation

Imprisonment up to 2 years or fine or both.

Hurt, Grievous Hurt or Death of the Threatened person

If the intimidator’s threat leads to the hurt, grievous hurt or the death of the threatened person or destruction of any property by fire, he/she shall get imprisoned for a max of seven years or fine or both.

The Threat is to impute chastity to women.

If the threat leads to the chastity of women, the accused shall get imprisoned for up to 7 years or a fine or both.

The offence to be tried under this section is non-cognizable, bailable, compoundable, and triable by any Magistrate. However, If the threat caused leads to death or grievous hurt, it shall be tried by the Magistrate of the first class.

Section 507 states that if the offence of criminal intimidation gets committed through an anonymous communication or the accused has taken the precaution to hide his name or residence, the accused shall get punished with imprisonment of either description for a term that may extend to two years.

It shall be in corollary to the preceding Section 506. Such type of intimidation even gets referred to as an aggravated form of criminal intimidation.

Difference between Extortion and Criminal Intimidation

In common parlance, the offences of Extortion and Criminal Intimidation are often confused.

In Extortion, the primary objective is to extort money or other valuables from the victim. In Criminal Intimidation, the intimidator induces the victim to do or omit an act otherwise required.

The difference could get highlighted in the case of Ramesh Chandra Arora v. State. The Court charged the appellant with criminal intimidation to threaten Mr X with his daughter’s reputation by publicizing her nude photographs unless he paid the hush money. Hence, the Apex Court convicted him under Section 506 of IPC.

Such an aggravated form of criminal intimidation gets covered under section 508. The requisite features of the said legal provision are as follows:

IPC punishes such an act with imprisonment for a maximum of one year, fine or both. Further, the offence could be classified as non-cognizable, bailable and compoundable, by the person against whom the offence was committed and triable by any Magistrate.

The primary aim of the IPC is to provide a legal framework to try the cases and provide punishments. It ensures that justice prevails. It tends to define various crimes known to humanity.

How is criminal intimidation proved?

If the accused tends to alarm the victim with threats caused, then it proves the criminal intimidation.

Can an accused be arrested for the said offence?

Is criminal intimidation a cognizable offence?

No. It is non-cognizable.

Yes. It is bailable.