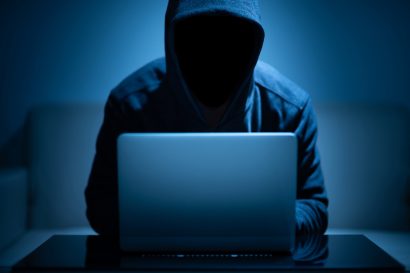 In the cyber age of the twenty-first century, everything has shifted to virtual platforms. Information technology has drastically changed the lives of people. Excess computing has even resulted in people involving in various cyber crimes.

The blend of “Cyber” and “Crime” refers to the crimes committed through the computers and internet. Where indulgence in cyberspace has provided people with wonderful opportunities, overindulgence has resulted in the misuse of such a technology.

To protect individuals from the various crimes committed through the internet, the Government of India set up a Cyber Crime Cell.

Today not only individuals but government and corporate houses also heavily depend upon IT to run their operations. Thus, increased dependence on technology requires security measures to run smoothly and legitimately. However, in the age of the darknet, it sometimes becomes difficult to protect the data and other relevant information provided online.

Consequently, the digital age keeps the law enforcers on their toes to perpetually lookout for cyber laws.

The alarming nature of information technology and computing makes it necessary for the government to educate people about cyber law and security practices to prevent potential cyber fraud.

Thereby, it becomes necessary for individuals using the internet to be aware of cyber laws to prevent the threat of cybercrimes.

Cybercrimes could be divided into two categories:

Crimes that target networks or devices

Hence, considering the intense interaction of the cyber world and humans, cyber laws came into being. And, to make sure that the cyber laws are adhered to, a cyber crime cell was enacted.

With “Power to Empower” as its guiding principle, the “Digital India Initiative” works extensively for “digital infrastructure creation”, “digital delivery of services”, and “digital literacy”. Thus, the initiative promised:

The Government initiated the following drives under the Digital India campaign. Some renowned drives are:

DigiLockers got introduced to empower Indian citizens digitally. It acts as a digital wallet where all the legal documents can get stored securely.

Under Hospital Management Information System (HMIS) government plans to bring onboard patients, hospitals and doctors through a single digital platform. As of the present, approximately 420 e-Hospitals joined the Digital India campaign.

An initiative by NCERT to showcase and disseminate academic e-resources like textbooks, audio, video, periodicals and diversity of other print and non-print materials through the website and mobile apps

Cyber Crimes against Women and Children

The easy usage and availability of the internet make cyberspace more accessible. Lack of know-how about the working of cyberspace and cyber law accentuates the criminal element in it. Cyber illiteracy often leads people to commit crimes.

The complex environment of cyberspace establishes a relationship between people, software, and services assisted by the global distribution of Information and Communication Technology (ICT) devices and networks. Increasing penetration of technology in society and ICT innovations exacerbates cyberspace’s crime against women and children.

Such crimes against women and children in cyberspace have the following characteristics:

Major cyber crimes committed against women and children are:

NCRB’ data count for cyber crimes against women and children during the past three years (2017-2019) are:

Further, NCRB states that prime cyber crimes against women and children have been cyber blackmailing and threatening, cyber pornography and hosting, cyberstalking and bullying, defamation and morphing, fake profile.

The cybercrime cell plays a significant role in solving and preventing the happening of cybercrimes. Cyber crime cell provides a platform to file cyber complaints and redress the victims.

Though India introduced cyber laws to shield individuals and their online, such enacted legislation does not suffice with the dynamic nature of cyberspace. It falls short to save the victims in the event of the happening of the crime.;

To rectify the situation, Information Technology Act 2000 made specific changes in the provisions of the Criminal Procedure Code and the Evidence Act and further implemented new regulations to fulfil the requirements of cybercrime investigation.

Cyber Crime complaints in India could get filed in the following simple steps:

Complaints based on Mails

Complaints based on Social Media

The internet and cyberspace have reduced the distance between people and turned the world into a social village in the technological age. However, the excessive intrusion of technology in people’s lives has opened up new paths to complicated crime known as Cyber Crime.

The recent addition to the criminal list, the cybercrime could harm anyone sharing the data online, but such crimes strike the women and children. Cybercrime could shape into cyberbullying, cyber molestation, cyberstalking, pornography, identity theft and even more.

To control the situation, the Central Government introduced cyber laws to safeguard society and formulated cyber crime cells to regulate the laws to prevent crime from shaping into more severe forms. But, the laws fall short in their approach despite serious changes made to both cyber and criminal laws. Despite the easy procedure to access the cybercrime cell, people lack awareness and find it difficult to lodge a complaint. Therefore, such a serious issue at hand requires thorough study to prevent its happening.

When was the first cyber crime cell set up?

Is it possible to file a Cyber crime complaint based on WhatsApp chat?

Yes, it is possible.

Could a cybercrime cell be withdrawn?

Yes, only if an FIR is not registered.

Where could an online cyber crime cell be registered?

An online complaint could get filed at the National Cyber Crime Reporting Portal.