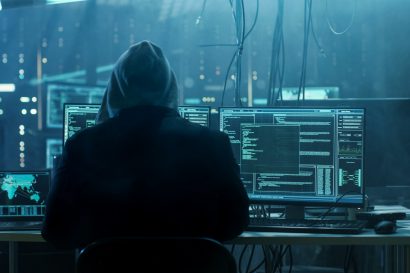 Cybercrime is also known as Computer crime. It gets defined as a systematic criminal activity that occurs digitally. Cybercrime especially gets committed through the use of the internet.

According to the Ministry of Home Affairs and National Cyber Crime Reporting Portal, a cybercrime gets defined as ‘ an unlawful act where a computer or communication device or network is used to commit the crime.’

With the increase in the use of the internet, there can be seen hype in cybercrime cases. Thus, there was a need to protect the data and citizens from being exploited by cyber attackers and where such crimes can get reported. For this purpose, a portal known as the National Cyber Crime Portal was developed.

The system of a person gets hacked to get personal information. In this, the hacker usually uses a different type of software to enter into the system of the targeted person. Hackers are then able to monitor the activity done by the person.

This cybercrime is a copyright infringement and downloading pirated movies and music. Sometimes, movies are downloaded even before they are released, thus, providing a huge loss to the organisation.

It gets referred to as harassment by an individual or a group of people virtually. These stalkers don’t come in front and target an individual and harass online. This type of stalking at times result in committing suicide by the targeted person and sending messages to any woman on social media and calling her despite ignorance.

In this type of cybercrime, virus affected software gets installed in the target people or organisation computer. It is to damage the system and corrupt the data.

Posting an obscene picture on social media or blackmailing with pictures of private parts to take sexual benefit, sending rape threats etc., are the form of cyberbullying.

Sending fake messages and emails with a link to the web page to gather the victim’s personal information or install a harmful virus into the devices.

Any type of digital crime or crime that includes computers or the internet can be reported at the Cyber Crime Portal other than the traditional way of reporting.

Cyber Crime Portal is an initiative by the Ministry of Home Affairs and the Government of India under the National Mission for women’s safety that facilitates the victims or complainants to report the cybercrime complaint online.

Other than the offline mode of registering a complaint, the cybercrime complaint can also get registered on the National Cybercrime Reporting Portal online.

The purpose of setting up the portal is to refer to complaints that deal with online Child Pornography, Child Sexual Abuse Material or content such as Rape, Gang Rape.

Complaints on this portal are dealt with by the local police of States or Union Territories.

The portal also provides the option of the anonymous reporting of the offence mentioned above as directed by the Supreme Court in the Suo Motto writ petition.

Types of Cybercrime that can be Reported

There are two ways to report cybercrime:

Steps to be followed to report a Cybercrime Online

Certain steps that need to be taken while reporting a cybercrime on the cyber crime portal includes:

In case of an anonymous report

In the case of Report and Track

Information Required to File A Report

Cybercrime is a threat that causes considerable losses to the individual and an organisation. The procedure to file a complaint about cybercrime can be both offline and online.

The cybercrime portal is an initiative by the Ministry of Home Affairs and the Government in India to provide safety and security to children and women.

The procedure is to get followed in case of filing a complaint relating to cybercrime, and all the details asked by the authority should also be filled appropriately.

Child Sexually Abusive Material or CSAM refers to the material that contains sexual images in any form of the child who is abused or gets exploited sexually.

In case of a false complaint or information, then what can the complainant take action?

What happens to the complaint that gets filed?

Once the complaint gets reported on the cybercrime portal, it is handled by the concerned State or the Union Territory by police authorities based on the selection by the complainant while reporting the complaint.

Can a complaint once filed be withdrawn?