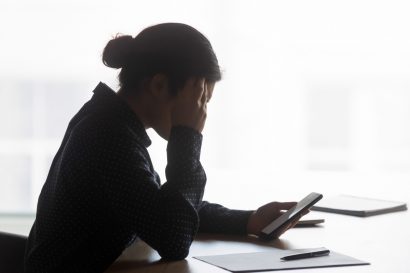 With changing scenarios and the adoption of digital mediums & AI (artificial intelligence) for manual work, the cyber world has increased its ambit. With this increase, cybercrimes have also established their feet in the human world. Especially women and children are the prone targets of cybercrime.

The cyber law in India protects the citizen from getting victimised of cybercrimes.

Cheating, fraud, defamation, misrepresentation, publishing vulgarity, spreading fake news, sextortion, cyberbullying, cybersex trafficking, phishing, etc., are some types of cybercrimes established as the art of our lives and encountered on a day-to-day basis.

If not used judiciously, the crimes mentioned above show us the other side of the Internet or digital world.

The mentioned cybercrimes are reported or noticed daily, some get reported to authorities, and others go unnoticed.

Cybercrime against women during a pandemic

When the world came to pause during the pandemic, everyone shifted to the digital medium to meet their needs. Women and children who are not well-versed with the digital world were easily targeted and defrauded on the internet.

Sextortion and cybersex trafficking are some cybercrimes that easily target and influence women for money-making purposes. In sextortion, the offender extorts money from the victim and blackmails her into leaking her private or morphed pictures.

In cybersex trafficking offender blackmails the victim or manipulates her anyhow.

It may include leaking their private or morphed pictures or influencing them to get their sexually explicit photos and videos through webcam or live cam shows.

And then sells those videos online to predators to earn money and makes the victim a part of cybersex trafficking by manipulating or coercion.

Cybercrime against children during a pandemic

Another most prone target to these cyber crimes is our budding generation(i.e. children).

The offender can easily gain a child’s trust considering the child’s mental capacity and then lures him/her into gaining sexual favours.

Sexually explicit content for children directs them towards the dark side of the internet, where they easily enter the world of sexual abuse.

Sexual exploitation of children is a hardly ignored fact.

Most common cybercrimes that women encounter

According to cyber law in India, the most common crimes on a digital platform that women encounter are cyberstalking and cyber hacking. Most of the girls or women lack proper awareness of these cybercrimes.

Most common cybercrimes that children encounter

Per cyber law in India, children face the most common form of cybercrime, i.e., cyberbullying and child grooming.

The cyber law in India gets dealt with by strong and codified laws. These laws dealing with cyber issues are:

As per cyber law in India, there are punishments laid down in these acts n violation of these laws dealing with these crimes.

Under Section 66E & 67 of IT Act, 2000, the maximum punishment is three years with a fine of up to 2 lakh rupees and five years and a fine up to 10 lakh rupees simultaneously.

An offence committed under section 354A and 354C of Indian Penal Code, 1860 would attract three years punishment or fine, or both and seven years with fine simultaneously.

An offence under section 13 of the POCSO Act, 2012 would attract punishment of 5 years and fine, and on subsequent offence would attract a sentence of 7 years with fine.

Children can only get protected by making them aware of these crimes and the application of cyber laws. There’s a famous saying, “Awareness is the greatest agent for change”- ECKHART TOLLE”.

Awareness among children can prevent from landing these webs and traps by those cyber predators. By knowledge and application of laws, children will be more cautious while using digital media.

Another mode to protect children from the cons of the cyber world could be, Proper awareness among parents about the crimes and laws and proper counselling of their children.

During the pandemic, there was an extreme increase in the number of cybercrimes against women in India. The cyber law in India provides various procedures and laws to deal with these crimes. These crimes shall get reported as soon as possible after their occurrence,

Women and children are vulnerable parts of society. Hence, they become easy targets for cyber offenders and sexual predators.

Which section of the POCSO Act, 2012 deals with preventing children from using for pornographic purposes?

Section 13 of the POCSO Act, 2012 deals with preventing children from using for pornographic purposes.

Which section of which act deals with prohibition of publication or sending of books, pamphlets, etc., consisting of indecent representation of women?