Difference between agreement and contract 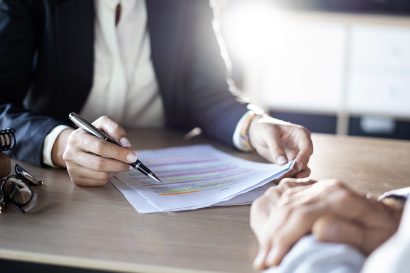 When it comes to the difference between agreement and contract, people often use the terms interchangeably. Agreements are formed when two or more persons agree on the same thing in the same sense. This state of the identity of minds is called agreement.

A contract gets defined as “an agreement enforceable by law”.

In simple terms, a contract is a legally enforceable agreement for performing an act or omission.

An agreement incorporates a promise or set of promises or an act of agreeing on the terms and conditions for a course of action. While a contract is also an agreement having enforceability in a court of law.

Definition Of Agreement and Contract

An agreement gets defined under section 2(e) of the Indian contract act 1872 while,

A contract gets defined under section 2(h) of the Indian contract act 1872.

According to section 2(e), an agreement gets defined as a promise or set of promises forming the consideration for each other and,

According to section 2(h), a contract gets defined as “an agreement enforceable by law is a contract”.

The main element of a contract is its enforceability.

In simple terms, when one person communicates a proposal to another person and accepts the proposal. In a reasonable frame of time, it becomes an agreement.

The other person can revoke the proposal either by not replying unless clearly stated that his failure to respond will be deemed an acceptance or revoke it too by not accepting the proposal through communication.

As per section 3 of the Indian contract act 1872, The proposal, acceptance and revocation can be made by an act or omission if it gets deemed to be made by the party offering the proposal.

Section 4 of The Indian contract act’s states the conditions when the communication of a proposal, acceptance and revocation gets deemed complete.

The completion of the communication of a proposal gets done when it comes to the person’s knowledge to whom it is made.

The completion of the communication of an acceptance is complete,

The communication of the revocation is complete,

Differences between agreement and contract

There are some critical differences between an agreement and a contract. Let’s discuss here:-

Similarities between agreement and contract

Besides many differences between agreement and contract, There are also similarities between these two arrays. These are:-

The difference between agreement and contract is many, but people often get confused between the two. Firstly, agreements are mainly informal, while contracts are formal. Agreements can get formed between two parties without any legal enforceability. The parties cannot seek courts to redress disputes arising out of failure to perform the terms and conditions mentioned under it.

Besides being an agreement, a contract has other elements to satisfy to become a contract. The advantage of a contract over an agreement is that it is legally enforceable, and the parties can seek to go to a court of law for the satisfaction of their claims and other parties as an injured party.

One should always enter into a contract to carry out any commercial transaction or services over a less stringent agreement that fails to protect parties against a breach of terms.

What are the grounds for an agreement to be considered a valid contract?

An agreement gets considered a contract when made with the free consent of parties competent to contract, with a lawful object and for a lawful consideration and not expressly declared to be void.

An agreement in the restraint of marriage of minors is void or not?

An agreement in restraint of marriage is void, but it will not be considered a void agreement in the case of minors.

What is the status of an agreement in restraint of trade or a business in which goodwill gets sold?

An agreement in restraint of trade or a business in which goodwill gets sold is a valid contract and an exception to section 27 of the act.

An agreement for referring a dispute to arbitration is a valid contract and is enforceable in a court of law which is also an exception to section 28 of the Indian Contract Act, 1872.