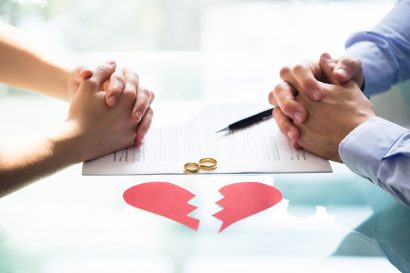 Divorce is a big life disruptor that may cause a great deal of stress—financial, emotional, and even spiritual and thus is one of the most traumatic events that can happen to any marriage. Divorce gets associated with religion in India since it is a personal affair.

Types of a Divorce Petition

According to the Divorce Process in India, there are different kinds of Divorce Petitions:

The married pair can seek a divorce from the courts if they voluntarily agree to dissolve their marriage. The marriage will not. However, get immediately dissolved by the court. It is essential to demonstrate that the couple has been living separately for at least a year or two for the grant of the divorce petition.

A divorce petition may be filed not because of a disagreement between the husband and wife but because of financial difficulties that prevent the pair from earning a living. The couple might seek divorce with mutual consent in such instances.

When a husband and wife seek a divorce, they must consider three factors:

Various laws specify varying time frames for the completion of the divorce procedure. To commence divorce procedures, both the husband and wife must have lived apart for a minimum of one year, according to Section 13B of the Hindu Marriage Act, 1955.

Christians, on the other hand, live in a different era. The Divorce Act of 1869 section 10A, the spouse must live apart for a minimum of two years before the divorce filing. Living apart does not imply that the couple must reside in two distinct places. It is sufficient to show that they were not living as husband and wife even though they lived together.

The following grounds can get used to getting a divorce without mutual consent:

Cruelty may be both physical and mental; if one of the parties believes that the other party’s behaviour towards him/her is likely to inflict some mental or bodily damage, this is a valid reason to seek divorce.

Adultery was once a criminal offence in India, but adultery got decriminalised in a recent Supreme Court decision. However, it can still get used to seeking a divorce from a spouse who has been committing adultery. In most situations, the husbands are the ones who perpetrate it rather than the women.

If one of the parties abandons the other without a valid reason, it is reasonable to divorce the other. The individual who abandons the other spouse, on the other hand, must have the purpose to desert and the proof to back it up. The dissertation must have lasted at least two years in Hindu law, while there is no such time bar under Christian law, and a divorce petition can be filed simply by claiming that the other spouse has committed desertion.

A spouse’s conversion to another faith is another basis for seeking a divorce from the other. It’s not required to wait a certain amount of time before filing for divorce.

If the spouse cannot execute the regular tasks that he/she gets expected to undertake owing to a mental problem or disease, divorce may get requested. However, if the person’s mental condition does not impair his or her ability to execute his or her obligations, the divorce cannot be granted.

If a spouse has not been heard of for at least seven years, the spouse who has not heard any news about his/her spouse’s whereabouts can file divorce since the courts believe the other spouse is dead.

The Abandonment of the World

The offended spouse might seek divorce if the partner intends to abandon the world and obtain a holy order. This resignation, however, must be absolute and irreversible when it comes to the divorce process in India.

The divorce process in India takes a lot of time, and hence before you do anything else, you should be aware that you must provide your spouse with a divorce notice. It is to clear your emotions and provide a platform to begin thinking about ending the relationship. A formal divorce notice will inform the other spouse of your intentions for the future relationship.

A spouse can send the other spouse a formal notice of divorce to convey his or her decision to pursue legal action to discontinue the marriage connection. It is a formal communication, and it is the first step in breaking the husband and wife bond.

When two individuals marry, they owe each other to support one another. As per the Code of Criminal Procedure, 1973, the right to maintenance applies to every individual economically dependent on the marriage. As a result, any spouse, dependent children, or even poor parents will get included.

Alimony is a monetary allowance or payment that a court requires one spouse to make to the other for support.

The court issues the divorce decree based on the conditions agreed upon by the couple. The decree is legally binding on the couple and can get enforced by the court.

How to file a divorce in India

If a couple wishes to divorce, according to the Divorce Process in India, they must take the following steps:

Documents required to file a petition for a contested divorce

The following papers are necessary for the filing of a divorce petition for a disputed divorce:

Contents of a Divorce Petition

Grounds for dissolution of marriage

1. Grounds for Divorce under the Hindu Marriage Act of 1955

The Hindu Marriage Act of 1955 specifies the following reasons for divorce in India.

The following are the reasons for divorce in India on which only the woman can submit a petition.

2. Grounds for Divorce under the Dissolution of Muslim Marriage act, 1939

A Muslim woman in India can seek divorce for the following reasons, according to the Dissolution of Muslim Marriage Act, 1939.

3. The Indian Divorce Act of 1869 specifies the following reasons for divorce.

Factors influencing the duration and amount of alimony

The length of the marriage typically determines alimony amounts and duration when it comes to the divorce process in India.

Judicial Separation is a legal separation of a husband and wife initiated by a petition filed in court by either the husband or the wife. In the event of judicial separation, the pair is still officially married, but they live apart, and neither couple is permitted to remarry.

Difference between judicial separation and divorce

Although many people believe that Judicial Separation and Divorce are the same, there is a very fine line between the two. However, there are some distinctions between these notions, such as:

In the last decade, the Indian society has seen significant changes in the divorce process in India. However, attitudes about divorce differ across India. Even though divorce has become a more common term than it was previously, our society has not embraced it in the manner that it should be.

As a result, rather than making the difficult decision to divorce and be happy, couples remain silent and strive to improve their married lives. Divorce is still viewed as a war between right and wrong, rather than as a choice made by two people to live a better life in a better way.

When this stage of life arrives, no one can avoid it. As a result, it is essential to understand our rights and responsibilities, what happens when a divorce petition gets filed, etc. The accompanying article looks at the many ways spouses might pursue divorce.

How long does a divorce take in India?

The period it takes to complete a divorce procedure gets determined by the facts and circumstances of the case. It might take anything from 8 months to 2 years or more. This procedure is challenging to finish since it is a legal process and an emotional one. While fighting for their case, the parties experience conflicting emotions; moreover, not just the parties that suffer, but their families, particularly children, are also impacted.

On what basis is alimony calculated?

What is the Decree for Dissolving the Marriage?

The marriage finally dissolved when the court gave a final judgment and decree. This document provides the judge's rulings on all of the case's problems. If the court finds sufficient evidence to pass a decree dissolving the marriage, the court will do so; nevertheless, if the court is not pleased with the evidence, the court will not do so.

What is the Lawyer’s fee one expects to pay for divorce cases in India?

In general, the fees for filing a divorce case are not excessive; nevertheless, a lawyer who gets hired to defend a divorce case may charge for his services. Divorce litigation might cost as little as ten thousand rupees, and it can cost as much as ten lakhs.