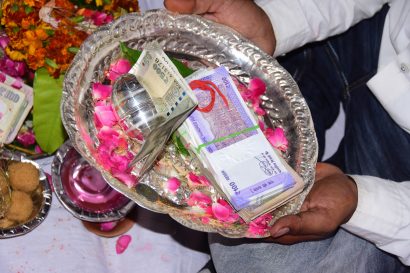 Marriages, indeed, formed in paradise, but the mother-in-law, sister-in-law, husband, and other relatives are actively involved in the dissolution of marriage for the thirst of dowry.

Dowry death, murder-suicide, and bride burning are indicators of a strange social sickness and an awful dowry cases trend in our culture. Since it is practised by practically every sector of society, regardless of religion, caste, or creed, India has experienced the dark ills of the dowry system in a more intense form in almost all sections of the nation during the previous few decades.

Not only are married women humiliated, tormented, assaulted, pushed to commit suicide, and ill-treated daily, but many are even burned to death because their parents cannot satisfy dowry demands.

The dowry system in India puts a significant financial strain on the bride’s family. Taking note of the gravity and consequences of the situation, legislators enacted legislative steps to close gaps in the law and create additional provisions to make the legislation more reasonable and adequate.

The first national legislation to combat the societal problem of dowry was the Dowry Prohibition Act of 1961. The legislation establishes various preventative and penal provisions. However, as may be expected, the goals have not been met.

Though the dowry problem as a whole may not be a viable target for criminal law, the violence associated with dowries, which may be lethal, is unquestionably within the functional area of criminal law.

The failure of dowry laws has resulted in a fast increase in dowry cases related to deaths. Some significant and procedural modifications in criminal law were enacted as THE INDIAN CRIMINAL LAW AMENDMENT ACT, 1908

Enactment of Legislation Related to Dowry

The Dowry Protection Act (DPA) was the first national dowry legislation. The legislation includes various preventative and penal elements, but they failed to meet the goals as expected.

The appropriate aim of criminal law is not just dowry case concerns but also the violence associated with the dowry. Due to the failure of dowry legislation and dowry death rise, the Criminal Code was amended in 1983 and 1986 by adding sections 304-B and 498-A. In summary, there are four instances in which a married woman is exposed to cruelty and harassment, resulting in the commission of an offence.

To begin, Dowry Death-Section 304-B IPC:

The offence under Section 304-B defines “Dowry Death” as the death of a woman caused by burns or bodily injury or under unnatural circumstances within seven years of her marriage. It is proven that she was harassed or subjected to cruelty by her husband or his relatives for dowry and is punishable by a term of seven years to life imprisonment.

Seven years would be considered a cut period due to the seven steps made by the bride and groom of the holy nuptial fire to complete marriage, where one step gets deemed one year.

Dowry deaths under Section 304-B: the essentials

Impediments of the Implementation of the Law

Once again, the wealthy Indian judicial system has failed to improve the sad scene where dowry victims find themselves significantly. Almost all of the components involved in applying laws have flaws and infirmities that may get identified.

Administration of justice in criminal situations is a difficult task in and of itself, and it gets even more complicated when society’s essential social support is lacking.

There are no witnesses to transactions resulting in domestic abuse or harassment and unnatural death except for family members. Some may be accomplices, while others may not support owing to family pressure. More often than not, the neighbours have some information or proof against the perpetrators but are afraid to testify for fear of jeopardising the neighbourly relationship. They are apprehensive concerning police and legal processes. Worse than indifference is the politicised attitude of neighbours who support the perpetrators.

If young women get protected from the cause of violence on time, they can get rescued from abuse, harassment, and unnatural deaths. Due to customary limits, such a resort is either impossible or impractical.

Some parents advise their daughters to continue living with their husband and his relatives despite the abuse, leading to an unnecessary catastrophe.

The police’s role in society is to function as a shield for the general population, but in actuality, they generate dread in the public’s minds at large by an act of policing. The police also get accused of attitudes, behaviours, and perceptions that limit the chances of successful law enforcement in the current situation.

The most common charges levelled against police are: arriving at a crime site too late, misrepresenting events in recording the First information report, always preferring dowry deaths as suicide, and conducting the inquiry less appropriately and slowly. The police regard violence against women as a family matter and are always reluctant to record a case.

Typically, the Supreme Court has voiced sadness and terrible views on the deaths of young brides many times.

In a dowry case, Virbhan Singh v. the State of U.P, the Supreme Court stated that, in light of the rising number of bride fatalities, such heinous crimes, when discovered and proven, must be met with harsh action and deterrent punishment.

The Supreme Court is concerned about the acquittal of several suspected perpetrators, but the state cannot file an appeal with the Court.

Essentials for a Dowry Case

Some of the essentials for a dowry case include:

Criminal Consequences for Violating the Dowry System in India

Penalty for giving or receiving dowry: Both providing and receiving dowry is illegal, according to Section 3 of the Act, and is punishable by a minimum of five years in jail and a fine of not less than Rs. 15,000/- or the amount of the dowry, whichever is larger.

Dowry Demand Penalty: According to Section 4 of the Act, if any person demands, directly or indirectly, any dowry from the parents, other relatives, or guardians of the bride or bridegroom, he shall be punished with imprisonment for a term not less than six months, but which may extend to 2 years, and a fine of Rs 10,000/-.

Dowry cases are a societal curse that is a hot topic in Indian society. Organised approach by women’s welfare groups, police, public officials, and the judiciary impose deterrent penalties on those responsible for dowry fatalities.

It is clear that the Indian government, working with the Indian courts, develops cooperative and supporting laws to protect women’s lives and dignity and offer further justice to victims of harassment or cruelty by husbands and his family.

Changes in the school system have improved female education status, and door-to-door job services will reduce dowry case fatalities. Still, some corrective measures must be implemented to eliminate or at least lessen the societal scourge of dowry case death. Most importantly, there must be public resolve and commitment to reject dowry demands’ materialistic appetite.

More female police officers should get hired and trained to be available in cases involving unnatural deaths of women to minimise the incidence of dowry murders, harassment, and cruelty.

The inquiry cannot get conducted below the position of assistant commissioner in the interest of proper investigation and justice. Suicide abetment should carry a sentence of up to seven years in prison. A sensible and realistic approach would undoubtedly be beneficial to address the issue mentioned above.

What is the punishment for dowry cases in India?

There is a penalty for offering or receiving dowry. If, after the beginning of this Act, any person gives, takes, or aids in the giving or taking of dowry, he shall get punished by imprisonment for up to six months, five thousand rupees fine or both.

What was the purpose of a dowry?

A dowry is said to serve three functions frequently.

Why is the dowry system a social problem?

The term "dowry" refers to the resources and money that the bride brings to her husband's home at the time of her wedding. This tradition proves harmful to the bride and her parents since it frequently leads to societal violence against females if the dowry demands are not met.

How can we prevent the dowry system?