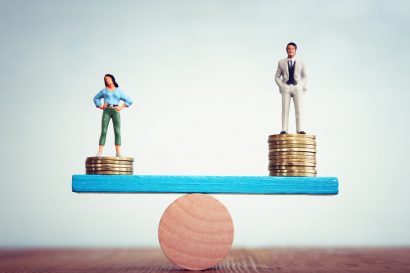 The Equal remuneration act (E.R. Act), 1976 recognises the concept of equality among equals.

This act complies with the provision enshrined under article 39(d) of the constitution of India 1950.

Article 39(d) comes under directive principles of state policy. As the name suggests, these principles are directive in nature and don’t have any legal binding.

These directive principles are not enforceable in any court of law, but they have a legal significance that ought to get followed for society’s welfare.

Let’s get into detail and understand what’s all included in the Equal Remuneration Act 1976.

The act provides for equal remuneration for both men and women workers and prevents any discrimination in the payment of remuneration on the grounds of sex.

This discrimination can get measured based on:-

It came in force on 8th March 1976 intending to prevent discrimination against women in employment where men are comparatively paid more than women at the same level of employment or for the same work.

The effects of the Equal remuneration act 1976 get laid down as follows:-

It also aims to prevent discrimination on the grounds of sex.

The act also provides for the prevention of discrimination in the matters of recruitment of employees.

Section 5 of the act prevents discrimination while recruiting men and women workers.

Sub-section (2) of section 4 also states that for complying with the provision of this section, the employer should not reduce the remuneration amount for all the workers. It will lead to the exploitation of workers.

The act also provides for the constitution of an advisory committee, consisting of ten persons, out of which 50% will be women, for advising the government on increasing employment for women.

It also lays down the power in the hands of the central government to appoint authorities to resolve disputes in the same regard.

The sub-section (8) of section 7 of the Equal remuneration act 1976 states that section 33-C sub-section (1) of the Industrial Disputes Act 1947 will apply to this act to recover monies from an employer that arose from the decision the authority referred under section 7 of E.R. Act.

An employer must maintain the register and other documents concerning the workers employed by him under section 8.

According to section 9, the central government gets authorised to appoint inspectors to investigate the provisions of this act.

The person appointed as inspector should be a public servant defined under section 21 of the act.

Under sub-section (3) of section 9, this inspector gets authorised to:

Section 10 of the Equal remuneration act 1976 prescribes the penalties for contravention of the provisions under this act.

If an employer ought to do an action under the act’s provisions and omits and fails to do that act, then he will be punished under the provisions of section 10 and,

If an employer commits an act that is itself in contravention of its provisions, even then, he/she will get punished under section 10 of this act.

The claims and complaints made under the provision of this act get resolved by the appropriate authorities established by the central government under section 7.

As per this act, claims can get made for non-payment of wages at equal rates for men and women employed for the same work or work of similar nature.

These claims can be made to the authority appointed by the central government under the above-referred section.

Discrimination can get recognised if the opposite gender gets paid comparatively more than the aggrieved person.

The complaints can be made under this act by any person aggrieved by the offence committed, any recognised welfare institution or organisation.

A complaint can also get instituted by the appropriate government, or an officer authorised on its behalf.

These complaints should be made to the appropriate authorities headed by a labour officer or above for hearing and deciding on the complaints.

These authorities will have all the powers of a civil court.

Suppose the authority’s decision aggrieves an employer or worker. In that case, that person can appeal to the authority appointed for that purpose by the government within 30 days.

If the person cannot do so, the appeal can be allowed within an additional 30 days if the appealable authority is satisfied by the cause of delay.

The penalties under this act get laid down under section 10.

Sub-section (1) of section 10 covers omissions or failures on the part of the employers to comply with the act’s provisions.

Then that employer will get punished with imprisonment of up to one month or with a fine extending up to one thousand rupees.

Implementation of the Equal Remuneration Act

The equal remuneration act gets implemented at dual-stage:-

This act gets implemented for central sphere workers employed in an establishment that is carried on or comes under the central government’s authority.

In simple terms, it gets implemented in those spheres where the central government is the appropriate government

Implementing this act in the central sphere gets entrusted to the central chief labour commissioner, the head of the central industrial relations machinery (CIRM).

The central government appoints labour enforcement officers as labour inspectors to conduct investigations by producing concerned registers and records and keeping a check on the compliance of the provisions of this act.

The chief labour commissioner acts as a supreme appellate body to address the disputes in this regard.

The Equal remuneration act 1976 extends to those spheres where the central government is not the appropriate authority or the state government is the relevant authority.

In employment where the state government is the appropriate authority, the state labour department enforces the equal remuneration act, which the central government further monitors.

Does the doctrine of equal pay for equal work apply by mere nomenclature of the designation of work?

The nature of work or quality work can differ in the same nomenclature of work. While applying this doctrine the physical activity is not enough for comparison.

Does settlement between the management of the company and the employees union be a valid ground for discriminating the male and female employees for payment of remuneration performing the same work or work of similar?

In the case of Mackinnon Mackenzie & Co. v Audrey D Costa, (1987) 2 SCC 469, it was held by the apex court that settlement between the management and the employees union is not a valid ground for discrimination in the payment of remuneration for the same work or work of similar.

The second issue that arises in this case,

Is the E.R. Act 1976 applicable to the employer or company that cannot pay both genders equal remuneration?

It was held by the court the applicability of the act does not depend on the financial ability of the management to pay equal remuneration as it will be contrary to the provision of section 4(1) of the act.

The equal remuneration act stands repealed with the introduction of a code on wages in 2019. It aimed to prevent discrimination against women mainly paid lesser than their male counterparts.

It proved beneficial for women these years and reduced the paid wage difference between both genders.

The wage difference was just half or even less than that for women, and this practice was so prevalent in unorganised sectors of employment.

The Equal remuneration act 1976 proved beneficial for the upliftment of women in the unorganised sector. And the upliftment of the society by encouraging more women to work to earn for their families without discrimination and exploitation.

Indian is also a member of International labour organisation and a signatory to some conventions like,

(a) UN Convention on the Elimination of All Forms of Discrimination against Women, 1979.

In which case the apex court held it, payment of wages to female stenographers less than their male counterparts is in contravention of section 4(1) of the equal remuneration act 1976?

In the case of M/s Mackinnon Mackenzie and Co. Ltd. v. Audrey D'Costa and other, 1987 AIR 1281, it was held by the supreme court that female confidential stenographers could not be denied equal wages by considering them to be a particular class of employee. It is a contravention of section 4(1) of the act.

Which section of the act prescribes preventing discrimination while recruiting men and women workers?

Does the E.R. Act 1976 recognise the offences by companies?

Yes, the E.R. Act 1976 recognises the offences by companies under section 11 of the act.

Who is authorised to make rules for carrying out provisions of this act?

The central government is authorised to make rules regarding carrying out the provisions of this act under section 13 of the act.