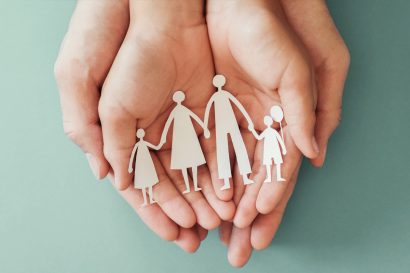 The Employees State Insurance(ESI) Act enacted on 19th April 1948 is a parliament act passed to secure the employees throughout India socially.

The legislation provides socio-economic security to employees and their dependents.

The act got promulgated to envisage a need for the social insurance scheme to protect workers’ interests in the country.

It protects workers against unforeseeable circumstances like sickness, maternity, permanent physical disability, death due to injury caused during employment, resulting in loss of wages or earning capacity either totally or partially.

During contingency, it provides for a social or financial disability to ensure a dignified life for the work and his dependents.

Definitions of dependent and employee are given under section 2(6-A) and section 2(9) of the above act, respectively.

Section 4 extends the applicability of this act to all factories at the first instance except seasonal factories.

Section 2(12) of the act allows the ESI Act 1948 applicable to all non-seasonal factories employing ten or more persons.

According to Section 1(5), the State Govt. extended the application of the Act to:

Although, the threshold for Coverage of establishments is still 20 Employees in Maharashtra and Chandigarh.

According to Section 1(5), the Central Govt. has extended the application of the act to:

As the scheme introduced under the ESI gets contributory, it’s applicable in all the states and Union Territories except Arunachal Pradesh and Lakshadweep.

How is ESI calculated?

The ESI contribution rate mainly gets calculated on wages paid to an employee.

If a is an employee working at a factory at a salary of 20000 then,

These deductions should be deposited every month through ESI employer’s login portal via SBI net banking by logging in through their particular user id and password.

The contribution period also plays a significant role in providing the employees with the benefit of ESI. There are two contributions periods, six months each.

Employees with average wages up to Rs 137/- are exempted from contribution payment, but employers are liable to contribute their share of contribution in respect of these employees.

So, if there is any revision in an employee’s salary in between the contribution period, then he will enjoy the benefit as prescribed hereunder:

Contribution period- 1st April- 30th September and if salary revision is made in any month between this period then,

Contribution period- 1st October- 31st March of next year and if salary revision is made in any month between this period then,

The ESI Act 1948 provides too many benefits for the workers throughout the country to grant them social and financial stability. Some of these benefits are laid under section 46 of this act entitling insured persons and their dependents. These are:-

An employee gets provided with all the required medical care from entering the ESI insurance scheme. This medical care further gets divided into two categories:-

There is no threshold on expenditure on the treatment of an Insured Person or his dependent.

Medical care is for retired and permanently disabled insured persons under the ESI scheme and their spouses on payment of an annual premium of Rs.120/-.

The benefit is for the worker’s compensation. It’s at the rate of 70 per cent of wages during the periods of certified sickness for a maximum period of 91 days in a particular year.

A patient must be eligible to receive a sickness benefit by making the contribution under the ESI scheme for 78 days in a contribution period of 6 months.

Sickness Benefit can get extended up to two years in the case of 34 long-term diseases mentioned in the list reviewed by ESI corporation from time to time at the rate of 80 per cent of wages.

Enhanced Sickness Benefit is payable for seven days and 14 days for male and female workers, respectively.

It is double the standard sickness rate, i.e. equal to the full wage of the insured workers undergoing sterilization.

Maternity Benefit payable for confinement is for 12 weeks on the production of forms 21 and 23.

On the death of the insured woman during confinement leaving behind a child, maternity benefit is extendable up to one month.

Maternity benefit is payable at the rate of 100 per cent of average daily wages subject to the contribution made for 70 days in the preceding two contribution periods.

It is for the employees who suffered employment injury or any occupational disease resulting in temporary incapability to work.

‘Employment injury’ is defined under section 2(8) of the ESI act.

Even if the insured worker hasn’t paid any contribution just after entering insurable employment, he is entitled to temporary disability benefit at the rate of 90% of wage till the period of continuance of disability.

This benefit is provided only to insured persons who have suffered permanent disablement due to employment injury, causing earnings loss.

The benefit gets paid at the rate of 90% of that employee’s wages, in the form of monthly payment depending upon the extent of loss of earning capacity as certified by a Medical Board.

It is provided to those persons or their spouses if they have completed five years in insurable employment.

It is payable to the employee’s dependents under section 52 of the act read with provision 6-A of section 2, in cases where death occurs due to employment injury or occupational hazards.

It gets paid at the rate of 90% of the wage payable to the insured employee. And it is in the form of monthly payments to the dependents.

An amount of Rs.15,000/- should be paid to the dependents or to the person who performs the last rites of his dependents from the very starting of entering into insurable employment.<

Rs 1000/- paid to an insured woman or a wife of an insured person if delivery of her child occurs due to lack of medical facilities.

It provided to permanently disabled Insured Persons under 45 years of age having 40 per cent or more disablement for undergoing vocational rehabilitation training.

It is for physical disablement due to employment injury.

The scheme of Unemployment allowance got introduced on 1st April 2005. An Insured Person who becomes unemployed after being insured for three or more years, due to the closure of factory or any other establishment or permanent invalidity are entitled to:

The Central Government bears the part of the contribution paid by the Employers for three years.

ESI scheme is a self-financing and contributory scheme that raises funds from covered employers and employees and helps them in contingencies.

As per provisions of this Act, the State Governments contribute 1/8th of the total expenditure of medical benefit within a per capita ceiling of Rs. 1500/- per Insured Person per annum.

Is a person entitled to compensation in case of employment injury from the employer under the workmen compensation act and ESIC simultaneously?

In the case of Western Indian Plywood v. P. Asokan, the supreme court laid down that an employee gets barred from getting dual compensation from both the ESIC and the employer.

Are persons rendering professional services come under the purview of this act?

In the case of Pithavadian & Partners v. Deputy Director, Regional Office ESIC, petitioners filed a petition in Madras high court against the defendant, who directed the petitioner to contribute Rs 2,77,974/- to ESIC.

The Madras high court held that the petitioner is a partnership firm consisting of professional architects governed by the architect act, 1972 and architect (professional and conduct) regulations, 1980.

Are cooperative societies rendering services to their members come under the purview of this act and can be considered an ‘industry’ or ‘shop’?

In this case, the Bombay high court held that the cooperative societies rendering services to its members are domestic like water supply, operation of lifts, cleaning, security, etc., are essential services. The mere provision of services by society to its members cannot get termed as a commercial activity or trade or business.

So, it does not come under the purview of this act and cannot get under the terms ‘industry’ or ‘shop’.

Are the employees whose salary has crossed the prescribed limit entitled to disability benefit under the ESI scheme from ESIC?

In the case of ESIC Coimbatore v. N. Marappan, the Madras High court decided that the ESI act does not apply to those employees whose salary is above the prescribed limit on the date of injury, which resulted in his disability. He is not entitled to disablement benefits under this act.

It also provides for any contingency to all the insured workers.

While this act protects employees in case of any employment injury, it also protects the employers from getting jeopardized twice against paying compensation to the employees.

Apart from providing the employees with all types of benefits, It also prescribes the provision for the establishment, constitution, power and duties of ESI corporations and medical benefit council.

The act also provides provision for the appointment of a social security officer for the efficient implementation of the provisions under this act by recording grievances of policyholders, performing periodic inspections, etc.

Which section of the ESI Act prescribes the provision for applying certain provisions of the Income-tax Act, 1961?

In which case the Karnataka High Court observed that a CA firm renders professional services and cannot come under the expression of 'shop' under the ESI Act?

Which section provides that it should get presumed that the accident has arisen in the course of employment in case of lack of evidence?

Which section of the act provides for the establishment of an employees' insurance court?

What is the maximum punishment for failure to pay contributions under this act?

According to section 85 of this act, the maxim punishment for failure to pay contributions will be imprisonment extending up to three years.