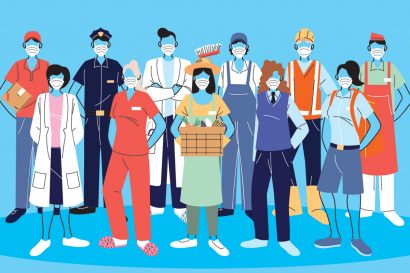 The Essential Services Maintenance Act (ESMA Act) is an act of the Indian Parliament enacted to assure the supply of certain services that, if impeded, would harm people’s daily lives. It includes public transportation (bus services) and health care (doctors and hospitals).

In 2016, the Indian Parliament passed ESMA under List 33 of the Concurrent List of the 7th Schedule of the Constitution. As a result, it preserves national consistency by providing the bare minimum of vital services across the country.

Each state has its own Essential Services Maintenance Act, with provisions that differ slightly from the federal statute. As a result, if the nature of the strike disturbs only one or more states, the states can initiate it. In a nationwide interruption, particularly involving railways, the central government may activate the ESMA 1968.

What are the essential services under ESMA Act?

Essential services get defined as any service for which the Parliament has the jurisdiction to establish legislation or the government believes that its cessation would jeopardise the preservation of life-sustaining supplies and services. The following are examples of essential services:

Which services fall under this category?

Any establishment involved in producing, delivering, or distributing petroleum, coal, electricity, steel, or fertiliser also gets classified as providing essential services. Aside from that, any banking-related service may be subject to Esma.

This statute also applies to communication and transportation services and any government initiative relating to the acquisition and distribution of food grains. Employees are not even allowed to refuse to work overtime if necessary to maintain any of the critical services.

What is the Essential Commodity Act?

Essential Commodities Act grants the government authority over the production, supply, and distribution of specific goods. The legislation ensures that supplies are maintained and/or increased and distributed fairly and at a reasonable price. The act is also meant to combat unethical business activities such as hoarding and black-marketing.

Each state in the Union of India has its own State Essential Services Maintenance Act, with slight differences in its provisions from national legislation. In India, the Act has not been frequently used, and several strikes have been ongoing for a long time without the invoking ESMA by the Union or State governments.

Citizens have petitioned courts in issues involving the execution of the ESMA, and court decisions have caused the administration to proclaim ESMA over a strike and strikers to get discharged overnight.

While ESMA, 1968 is a central piece of law, certain states have chosen to create state legislation, such as:

Whereas it is necessary to provide the maintenance of certain vital services and the normal life of the society and to provide for things connected with or incidental to it, the following gets enacted in the Sixty-second Year of the Republic of India:

If employees from any important department join the strike and the government refuses to meet their requests for an end to the strike. Still, the workers do not; the government takes action against them under ESMA regulations. It gives the government the authority to prohibit strikes in some “important” businesses and require conciliation or arbitration. However, the definition of “vital services” differs from state to state. When a dispute develops, this Act provides legal means for disputing a judgement.

When was the Essential Services Maintenance Act passed in India?

What is section 5 of the ESMA Act?

Section 5 states that anybody who initiates such a strike faces up to six months in jail, a fine of one thousand rupees, or both.

What is the Karnataka Essential Services Maintenance Act 1994?

The Karnataka government approved this Act, which has been in effect since April 16, 1994. The Act had a ten-year existence, which expired on April 15, 2004, according to Section 1(3) of the Act.

Since the Essential Services Maintenance Act in 1968, India has made significant contributions.