What is meant by Family Court? All you should know 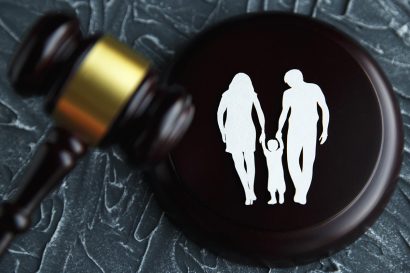 The family court got established to facilitate the hearing and resolution of marriage cases which are the disputes between the husband and wife. Judges, women’s organisations, and others have asked the central government to adopt a special law to deal specifically with marriage affairs, citing a growth in the number of marital conflicts and the length of time cases are pending in civil and criminal courts.

The Law Commission suggested that the government drafted a special law to establish a Court/s to deal with family disputes in its report 54 and report 55 (1974). As a result, in 1984, the Family Court Act was passed, establishing Family Court in India.

The Hon’ble Supreme Court in M.P. Gangadharan V. State of Kerala (2006 SC) held that a Family Court should be established not only because the Act requires it, but also because the state must be aware of the fact that it has a responsibility to provide all the necessary infrastructure to the forum for dispute resolution.

Types of Family in India

In culture, the family is the most influential primary group. It is the most basic category of society. The family is a worldwide institution. It is the longest-lasting and most widespread of all social institutions. In the west, a family gets understood as a social and economic unit. Family is a cultural, religious entity in India, China, and Japan. We can classify families into four major types:

What is a Family Court?

Family court is a special court that deals with legal issues that arise from family relationships. Several sorts of courts dealing with specific family issues, such as children’s courts and orphans’ courts, are merged into the family court.

The processes used by the family court are less strict than those used by civil or criminal courts. The family court has its intake procedures, which examine potential cases to exclude those that do not require judicial attention.

Domestic relations courts were the first family courts to get formed in the United States in 1910. The concept is considerably older. The Court for Divorce and Matrimonial Causes was formed in England in the nineteenth century to relieve religious courts of such problems.

The types of matters that family courts handle get defined by special statutes, such as guardianship, child neglect, juvenile delinquency, paternity, support, or family offences.

According to the 59th Law Commission Report (1974) and the Committee on the Status of Women (1975), family disputes should get handled differently from conventional civil proceedings.

According to the Law Commission study, states should establish family courts, and Judicial Officers should be chosen based on experience to assist society. The Code of Civil Procedure was revised in 1976 to include a unique procedure for family law disputes. However, the new law failed to achieve its goal because many courts treated family disputes as ordinary civil cases.

Several NGOs, women’s organisations, and individuals also pressed the government to establish special tribunals to expedite the resolution of family-related conflicts. As a result, in 1984, the Family Courts Act was passed.

According to Section 3 of the Family Court Act 1984, the establishment of the Family court is to promote conciliation, mediation and quick resolution of issues involving marriage and family matters.

In coordination with the State Government, the State’s High Court can establish family courts in towns and cities with over a million population.

The State Government appoints the family court judges with the approval of the High Court.

A Family Court can have a single judge or multiple judges and is one level above the District Court and one level below the High Court.

According to Section 4 of the Family Act, 1984, when appointing a judge for the family court, women shall get the preference and should meet the following qualifications:

In Shyni v. George (1997 Kerala), the court held that in a suit for property recovery, a wife could implicate a close relative of her husband or even a stranger on allegations that the property had been turned up to them by the husband. The Family Court’s Jurisdiction would not be affected.

Family cases are a form of civil litigation in which matters between or concerning spouses, parents, and children are addressed. Family courts deal with a wide range of domestic-related conflicts. The following are some of the most prevalent concerns dealt with in a family court

When someone wants to end their marriage, they can file a lawsuit in family court and request a court order. Divorce and annulment proceedings might get used to ending a marriage. A separation, in which the parties remain legally married but receive property, alimony, and child custody orders, can also be granted by the court.

Parental Rights and Custody of Children

If a man needs to be declared the child’s father, either parent can initiate a paternity action in family court. It establishes the child’s father for all time. Legal custody, schedule for visitations, physical custody and child support can all get ordered by the court for unmarried parents.

Orders of Protection Against Domestic Violence

Domestic violence victims can seek protection orders from the family court to keep their attacker far.

Changes in the name

A name change case in family court may allow a kid or an adult to alter their name legally.

Guardianship is deciding who will be in charge of a child or an adult who cannot make medical, personal, or financial decisions for themselves.

Adoptions and the termination of parental rights

The family court may terminate a parent’s rights if there are substantial reasons why that parent should no longer have parental contact with that child (such as abandonment, neglect, or abuse). If someone else wants to be a child’s legal parent, a family court can allow an adoption, establishing a legal parent-child relationship.

All cases involving claims of child abuse, child neglect, or minors accused of engaging in illegal behaviour get heard in family court. The Juvenile Division of the District Attorney handles most of these cases. The family court can also approve work permits for minors under the age of 14.

Section 10 of The Family Court Act, 1984 outlines the procedures to be followed in family court. It provides that the method outlined in the Code of Civil Procedure, 1908, applies to family court procedures.

The fundamental goal of the family court was to give a quick resolution of problems involving marriage and family, with fewer costs and formalities, and to reach an agreement between the parties for reconciliation. However, this objective has yet to be met. The following are some of the difficulties that family courts face:

Before 1984, ordinary civil court judges heard all the family matters, who took a long time to decide for the parties. The Family Courts Act was passed and became effective in 1984.

The act’s primary goal was to remove family and marital conflicts from overloaded and traditional courts of law and place them in a simple court where a layperson could comprehend the proceedings.

The act’s principal goal was to use a conciliatory approach to encourage the parties to reach an agreement and provide them with prompt relief. These objectives, however, were not met. The conclusion has now been reached that the quick fix is a myth. The family courts must take several proper actions to ensure that they run smoothly.

When was The Family Court Act passed?

Which section defines the establishment of family courts?

Which section defines the appointment of judges?

Which section describes the procedure of family courts?