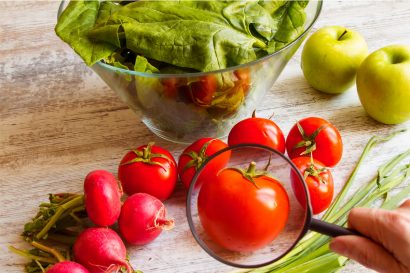 Nourishment, habiliment and housing are the fundamental needs for human existence. Humans might live without clothes or a house; he definitely could not exist without nourishment.

The anatomy of human beings demands food as a fuel to keep them running. However, not just any food, but the food needs to be hygienic and healthy containing essential nutrients for proper growth and development.

Dolefully, blinded by the profits, the food suppliers opt for food adulteration and pollute the food so dear to humans. Such adulterated foods leave lasting side effects on human health. Hence, over the years, the quality of food has depleted. As a result, the legal guardian angels stepped up to ensure the availability of unadulterated food by eradicating food adulteration. With the promise of hygienic food, the The Prevention of Food Adulteration Act came into being.

What is Food Adulteration

The cumulative effect of the ever-increasing population, potential pollution, and diminishing mineral wealth is food adulteration. Food gets adulterated when mixed with adulterants or when its organic balance or value gets altered. Ignorant that tampering could have a tremendous impact on human health, they continue their illicit activity.

Considering the government’s serious efforts to raise literacy on the dangers of food adulteration, the ministration still is a widespread practice in our nation. The food industry employs multitudes of approaches to adulterate food that use various chemical and synthetic ingredients.

Adulteration is a legal infraction. And food gets considered adulterated when it fails to fulfil the legal requirements imposed by the government.

Adulteration of food occurs when chemicals that weaken the nutrition levels of food purposely or accidentally get introduced to it. Thus, food adulteration could get explained as the contamination or pollution of food or food products by adding dangerous chemicals.

Food adulteration may get classified into four forms-

It occurs when the ingredients resembling the food are added to it to raise its weight and profit. It gets done by mixing pebbles, stones, marbles, sand, muck, filth, chalk powder, polluted water and other similar substances.

Incidental adulteration or Accidental Spoilage happens as a result of carelessness when handling food. Pesticide residues in cereals, larval development, the presence of rat droppings and so forth are instances of such spoilage.

Adulterating the food by adding metallic elements such as lead or mercury results in metallic spoilage of food. Perhaps it could happen by chance or on purpose.

The packing materials used to pack the food might react with food and get mixed with the food’s ingredients, resulting in packaging risks.

The following are some techniques of food adulteration:

Sand, dust, clay, muck and pebbles get mixed with bits of food.

Some essential ingredients are replaced with cheaper and lower-quality ones, altering the meal’s nutritional content and perhaps posing a health risk.

This strategy suggests combining decomposed food with nutritious foods. Food that conceals any kind of harm or inferiority also gets termed tainted. Furthermore, the purposeful mixing of nutritious food with doubtful grade food results in an adulterated end product.

Addition of chemicals to fruits and vegetables to hasten the ripening process also gets termed food adulteration. For example, mango is ripened with carbide to suit manufacturing capacity against supply.

For ages, we have witnessed the ritual of mixing water into milk to enhance its volume and benefit from a less volume of milk. Likewise, for a myriad of purposes, food adulteration is practised by food producers and enterprises. These reasons include-

The Consequences of Food Adulteration

Nutrition tampering has a significant effect on human health. Regardless of food adulteration, chronic ingestion of this sort of food is extremely damaging to the system. Consuming such foods raises the toxin level in the body. As the nutritional content of contaminated food decreases, such food is no longer nutritious to the body.

The insertion of chemical adulterants and pigments is frequently lethal. Because they are “carcinogens” and pose a risk to one’s health, some tainted food may also directly impact our internal organs, resulting in heart, kidney, liver, and other organ diseases and failure.

Adulterants are compounds that, when added to food, reduce their value. It is a chemical present in other foods that degrades the inherent quality of the food. The adulterant might be available in any form or amount.

Adulterants are usually toxic and have the potential to reduce the efficacy of a substance. Even if the adulterant is not dangerous, it significantly diminishes the meal’s nutritional benefits. To adulterate various types of food, many adulterants get utilised. Some adulterants have also been discovered as carcinogenic or fatal when subjected to them for an extended time.

According to a 2012 FSSAI research conducted across 33 states, milk in India gets tainted with diluted water, detergent, fat, and even urea. Water, chalk, urea, caustic soda, and skimmed milk are some of the adulterants used in milk, whereas paper, refined oil, and skimmed milk powder get used in Khoya.

The food adulteration degree in milk is hazardous on several levels, with the most significant risk of causing gastrointestinal issues.

Tea and coffee mainly get popular beverages in India, and as a result, they often get contaminated. Tea leaves are commonly tainted with the same colour leaves, and some may not even be edible. Several incidences of liver illness got recorded around the country as a result of ingesting tainted tea.

On the other hand, coffee seeds get contaminated with tamarind seeds, mustard seeds, and chicory. The primary cause of diarrhoea is due to these adulterants.

Vegetables and fruits rich in colours and shiny textures are results of frequent colouring with various dyes and chemicals. These veggies mainly get contaminated with malachite green, a hazardous chemical colour.

Silver used as a culinary additive in India must be 99.9% pure, according to Indian standards. However, because silver is getting more costly, many sweet shop owners utilise silver vark, containing aluminium. The most common ingredients used to make these sweets are khoya and chenna, and they frequently get laced with starch. The good news is that you can test for food adulteration by boiling a tiny sample in water, cooling it, and then adding a few drops of iodine solution.

The presence of a blue tint indicates the presence of starch. Furthermore, the sugar used to produce these sweets may be tainted with tar pigment, exacerbating the situation.

There are several honey variations currently on the market, however owing to its high price, honey is frequently contaminated with caramelised sugar to enhance the bottle content.

As shown in a study conducted by the Centre for Science and Environment, most honey brands available in the nation contain various levels of antibiotics. Their intake over time may result in antibiotic resistance, blood-related diseases, and liver harm.

Arhar dal is the most widely contaminated dal, and it generally gets adulterated with metanil yellow. Metanil yellow is a major non-permitted food colour that gets widely used in India. Long-term ingestion of metanil yellow produces neurotoxicity in the developing and adult brain.

When exposed to natural or manmade hazardous chemicals, the normal function of the nervous system gets altered, so that nerve tissue is damaged.

Metanil yellow gets used as a colouring adulterant in dal. Its concentration in dal may get determined by adding a few drops of HCl to a test sample; if the solution becomes pink, metanil yellow is present.

The most prevalent adulterants in Asafoetida are soapstone or other earthy substance and foreign resin. Because they are almost identical in size yet tasteless, papaya seeds and blackberries are the most popular adulterants used in black pepper (sometimes bitter). Red chilli powder gets contaminated with brick powder, salt powder, talc powder, and artificial colours such as Sudan Red.

The world’s most costly spice coloured dried tendrils of maize cob are used to adulterate saffron.

Food gets supervised to guarantee its safety for human nutrition. Food regulatory rules aid in establishing credible norms of disclosure, allowing people to understand what goes into their food and make educated decisions about what they consume. The codification of food safety standards also assures the consumer that food is fit for consumption.

The Bill got enacted to provide a unified food quality framework for a variety of food goods.

Prevention of food adulteration is the sole objective of FSSAI. To fulfil its said objective, it performs the following functions-

The Prevention of Food Adulteration Act 1954

The Prevention of Food Adulteration Act of 1954 got enacted to create provisions for the prevention and control of adulteration in India. Food adulteration gets characterised by the accumulation or removal of any material from or into food, altering the natural content and quality of food items. Adulteration gets done with the knowledge that the food item may be dangerous to consume. Any item that is or may get used for adulteration is considered an adulterant.

A 3- tier Complain Redressal System looks after the complaints filed against the adulteration of food. The consumer redressal procedure is as follows-

If a manufacturer sells, distributes, imports, or stores any adulterated food article, he is legally culpable under section 16 of the Prevention of Food Adulteration (PFA) Act, 1954, and would also be liable to imprisonment for six months and a fine of Rs 1000 under section 272 of the Indian Penal Code for selling adulterated food or drink that is hazardous for health consumption.

The penalty for food adulteration may also be increased based on the gravity of the manufacturer’s or vendor’s actions.

Food is the basic need for human beings. Living beings require healthy and hygienic food for proper growth and evolution. To fulfil such a basic need living beings depend upon food suppliers who violate them by supplying polluted food. Such a practice is known as Food Adulteration.

Food adulteration started a few decades ago when the desire to exceed profits surpassed human health duty. Food pollution leaves lasting side effects on human health and might turn out fatal in some instances.

Therefore, polluting the nutritional value of food by adding adulterants is a despicable act that has resulted in significant health problems. And, as consumers, we must be informed of what we are consuming. The regulations in India concerning food adulteration encourage people to take action against those who practise food adulteration.

Protection of Life and Personal Liberty gets under Article 21 of the Constitution of India.

What are the examples of highly adulterated foods in India?

Food fraud could be penalised under which act?

Who was first to acknowledge the tampering of food?