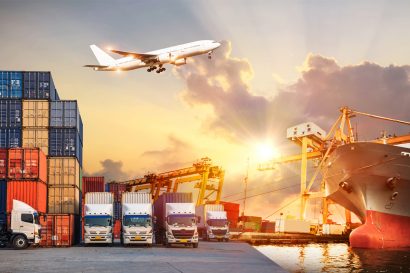 The foreign trade policy(FTP) is a set of guidelines governing and regulating the import and export of goods and services.

It is also known as EXIM(export-import) policy. The foreign trade policy is regulated by foreign trade(development and regulation), Act 1992.

As per Section 5 of the act, the central government gets authorised to formulate, introduce, and amend the foreign policy.

The directorate general of foreign trade under the ministry of commerce and industry is the governing body for promoting and facilitating imports and exports.

The central government also gets empowered to make provisions relating to imports and exports as per section 3 of the act.

The meaning of ‘import’ and ‘export’ is given under section 2(e) of the act.

The foreign trade act, 1992 plays a significant role in the national economic development.

In a developing country like India, after 1991, the era of globalization and industrialization brought the need to introduce the new EXIM policies from time to time under this act of 1992.

The new trade policies regulate the import and export and restrict the unregulated economy to protect the interest of consumers in the domestic market and have healthy competition with the international market.

The foreign trade policies are introduced by the central government every five years.

These foreign trade policies have a significant role in regulating the Indian economy in developing globalization or industrialization.

There are some salient features of this foreign trade act which includes:-

Evolution policy is introduced every five years by the appropriate government. Now, we will discuss the history and evolution of these policies in India in various phases.

The central government introduced this policy on April 1, 1992, to liberalize imports, uplift exports, and stabilise trade. A very significant feature of this policy is liberalization.

The policy substantially liberated the imports and exports of all the goods and services. And that too without any restrictions except the one mentioned in the negative list.

This policy was an initiative towards economic reforms in India. It was valid up to 31st March 1997.

It eliminated the feature of licensing of goods, quantitative restrictions, and other controls.

Under the duty entitlement passbook scheme (DEPB), an exporter may get the number of duties he incurred on export returned to him in the form of credit.

This policy aimed to strengthen SEZ schemes by granting them permission to set up offshore units to procure short-term commercial borrowings and limit commodity price risks.

The offshore banking units got treated as foreign branches of the Indian banks exempted from the cash reserve and statutory liquidity ratios.

The policy removed quantitative export restrictions on agricultural products except for a few products.

This policy also retained the provision of all duty exemption schemes and did not have any value ceiling.

The Policy also allowed duty-free project imports of equipment and other goods used abroad for more than one year.

The policy recommended setting up a board of trade which:-

This policy was previously valid until 2020, and further, it got extended by a year due to the covid pandemic.

Features of this act include:-

The objectives of EXIM policy in India are to achieve a more significant objective. These policies are introduced to enhance foreign exchange and achieve the economic development of the country.

These rules get formulated for the effective implementation of the foreign trade act, 1992 and the trade policies introduced by the government from time to time.

Any person can apply for a license under rule 4 by satisfying the conditions laid under rule 6 to run a business for importing and exporting goods under the policy’s provisions or any order passed by the government under section 3 of the act.

This license is subject to cancellation as per the condition of the ten foreign trade rules, 1993.

Any person authorized by the central government under section 10 of the foreign trade act to perform his duties, he should conduct his duties as per the conditions laid under rule 15 of 1993 rules.

Rule 17 also laid the conditions for confiscation or redemption of imported goods or materials.

This rule got amended in the year 2015, which brought minor amendments in the 1993 rules.

EXIM Policy is also known as an export-import policy or foreign trade policy. It is a set of guidelines related to the import and export of goods and services.

The EXIM policy constantly gets introduced for five years to govern a country’s international trade process.

The government of India notifies the Exim policy under section 5 of the foreign trade (development and regulation) act, 1992.

The foreign trade policy of India has a significant role in accelerating the economic flow from trade activities in our country by making India a globally oriented economy.

This trade policy also gets used in increasing the gross domestic product of a country.

It facilitates the flow of the economy in a country and increases foreign exchange in a country.

It aids in facilitating free trade and liberalization and improving the overall market for domestic consumers of a country.

It also plays a role in providing quality goods to domestic consumers at cost-effective prices and diversifying the market.

Second-hand capital goods are also eligible to be imported under this scheme without any restriction on age.

These export protection capital goods are goods used to produce those goods exported to other countries.

The importation of capital goods under this scheme is subject to an export obligation equal to six-time of duty saved on the importation of such goods within six years from the date of issuance of the authorization.

The implementation of EXIM policy or foreign trade policy in India resulted in the country’s economic development.

This policy played a crucial role in enforcing the policy of liberalization. Setting up SEZ and EPZ in our country increased the value of a foreign investment in our country in the past few years.

The foreign trade (development and regulation) act, 1992 facilitated the implementation of liberalization and industrialization.

The foreign trade policy also increased healthy competition between domestic traders and the international market, which led to diversified market development for Indian consumers and manufacturers in India. Thus, this competition led to the availability of commodities at a lower cost.

Therefore, India’s foreign trade policy will be a medium to enhance the performance of the Indian manufacturing industry, and the trading system to compete in the international market will lead to an increase in foreign exchange and flow of capital in our country through foreign direct investment.

Which rule of foreign trade (regulations) rules, 1993, enshrines the conditions for getting a license?

Section 9A of foreign trade(development and regulation) act, 1992.

Which act will apply to the control on the export of specified goods, services and technology used in making chemical, biological or nuclear weapons or explosives or such devices, etc.?

The weapons of mass destruction and their delivery systems (prohibition of unlawful activities) act, 2005 as per chapter IVA of foreign trade act, 1992

Which acts and ordinances were repealed after the coming in force of foreign trade (regulations and development) act, 1992?