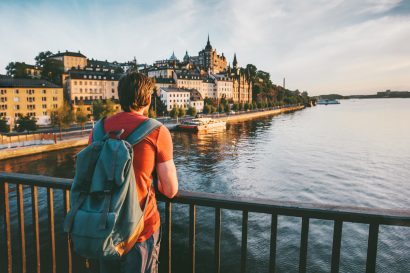 The Foreigners Act 1946 is an Imperial Legislative Assembly Act passed to allow the Interim Government of India some authority in areas about foreigners in India. The Act got passed before India gained independence.

Who was considered a “foreigner” in the past?

A foreigner was defined as somebody who did not belong to a specific group or culture and was not a country resident.

If a foreigner enters India without proper documentation, illegally, or for an extended period, the Central Government may make provisions for all foreigners’ departure, presence, or continued presence. And the Government of India may also detain such foreigner until he/she returns to his/her home country. As a result, it defends India’s territory from any unlawful immigrant or refugee.

The new sections under the Foreigners Act 1946 include:

Section 3A. Power to exempt citizens of Commonwealth Countries and others perform from the application of Act in some instances.

Section 7. Hotel keepers obligation and others to furnish particulars

Section 7A. Power to control places frequented by foreigners.

Section 13. Attempts to contravene the provisions of the Act, etc

Section 14. Penalty for contravention of provisions of the Act, etc.

Section 14A. Penalty for entry in restricted areas, etc.

Section 14B. Penalty for using a forged passport.

Section 15. Protection to persons acting under this Act.

Section 16. Application of other laws not barred.

Penalty for Contravention of Provisions for Foreign Act 1946

According to Section 14 of Foreigners Act 1946, the Penalties include:

Suppose any person contravenes the provisions of the Foreigners Act 1946 or any order made of the act, or any direction given in pursuance of this Act or such. In that instance, he will get sentenced to imprisonment for up to five years, as well as a fine.

Assuming that such a person entered into a bond per Clause (f) of Section 3’s sub-section (2). In that scenario, his bond gets forfeited. And anybody bound by it must pay the penalty or show cause why the penalty should not get paid to the satisfaction of the convicting Court.

Penalty for Entering in Restricted Areas

According to Section 14A of the Foreigners Act 1946,

Suppose a person entered into a bond in pursuance of clause (f) of sub-section (2) of section 3. In that case, his bond shall get forfeited. And anyone bound thereby shall pay the fine thereof or show cause to the satisfaction of the convicting court who should not pay such penalty.

During interrogation, he identified himself as a Bangladeshi national named Liton Kanti Das @ Saurav Das, Bangladesh. However, he could not produce a passport or other document allowing him to remain in the Indian Territory, resulting in a case.

Following receipt of the ejahar, the officer reported the case under Section 14 of the Foreigners Act of 1946. The culprit was apprehended by police and taken to court.

The Learned Counsel filed a bail plea on his behalf, alleging that he is an Indian citizen denied, and therefore the accused remained imprisoned. Within a short period, the police completed their investigation and filed a charge sheet against the accused. As a result, this Court took cognisance of the police report.

Under Section 14 of the Foreigners Act 1946, a charge was prepared against him.

The prosecution called three witnesses, including the investigating officer, during the trial. Under Section 313 of the Criminal Procedure Code, the accused got examined.

In India, the Atithi Devo Bhava concept is followed, which embodies the host-guest relationship of treating visitors as if they were gods. Since independence, India has provided asylum to numerous refugees from other nations.

Our cultural and religious diversity enables us to defend the interests of foreigners who visit India regularly. However, many foreigners have been residing illegally in India, either by exceeding the time limit on their visas or by unlawfully entering India’s borders. The Foreigners Act 1946 gets connected to the NRC roundabout and is crucial to India.

Section 3 of the Act empowers the federal and state governments to enact rules and regulations concerning foreigners. The NRC distinguishes between who qualifies to be an Indian citizen and who has been living illegally in India.

With our expanding economy, it is critical to have a clear picture of the number of residents and foreign nationals living in the country and whether their presence is legal or unlawful. Because the resources available to us are limited, it is critical to minimise the possibility of any such rights getting misused before utilising them for the benefit of the residents of India.

Due to the various flaws in the Foreigners Act of 1946, it has failed to fulfil its goal; consequently, it is critical to have a solid law regulating the movement of foreigners in Indian territory.

Can a foreigner file a case in India?

How many days a foreigner can stay in India?

Is IPC applicable to foreigners?

Under Indian law, someone must be accountable. As a result, Section 3 of the IPC applies to any Indian citizen or foreigner governed by Indian law. The offence must be committed outside of India's territorial waters, either geographical or maritime.

Which right is not given to foreigners?

The foreigner's basic right to life and liberty is limited to Article 21. It does not include the right to remain and settle in this nation, as indicated in Article 19(1)(e), which is solely applicable to inhabitants of this country.