All About Forest Conservation Act 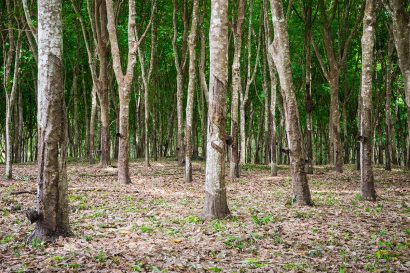 Forests are one of nature’s most valuable resources. Because trees are an essential aspect of the natural habitat, the entire ecosystem is dependent on them. As a result, it should be our primary responsibility to protect them and not disrupt the natural cycle. However, our natural forests are getting down at an alarming rate. Therefore, the need for forest conservation is also getting increased. People have grown so greedy that they have begun to remove entire forests. As a result, the Central Government established the Forest Conservation Act, 1980, to halt the fast deforestation.

What is Forest Conservation Act?

The Indian Parliament enacted the act to control the ongoing destruction of India’s forests. It went into effect on October 25, 1980, and got divided into five pieces.

The act only allows for the unavoidable use of forest land for specific production purposes. It symbolises the Government’s and the Department’s strong commitment to aligning forest protection with the demands of a community’s sustainable development, contributing to a healthier climate, health, and economy.

History and Need for The Forest Conservation Act

With the passing of any legislation, it hoped to address the social issue for which it got enacted. The same hope was expressed when the Indian Forest Act, 1927, but it was limited to British interests alone.

The Forest Act of 1927 was primarily concerned with timber. It empowered the state to control tribal people’s rights to use forests. The Forest Conservation Act of 1927 was divided into 13 chapters and included 86 sections.

The government also had the authority to establish restricted forests under this Act. Its goal was to regulate forest products and charge taxes on timber and other forest products, which became a source of money for the government. It never intended to safeguard the country’s woods but instead regulate the cutting of timber and other raw materials utilised in industry.

The forest conservation act got enacted to aid in forest protection and other related issues in India. It also addresses issues that the previous Act did not address. The Forest Act made it illegal to exploit forests for reasons other than forest management.

What are the main goals of the Forest Conservation Act 1980?

The main goal of the Forest Conservation Act is to protect ecologically and preserve our country’s forests. It also aims to rejuvenate forests by planting trees and boosting forest growth in our country. The forest conservation act’s goal is:

What are the Salient Features of the Forest Conservation Act?

The Forest Conservation Act has the following salient features:

Constitutional Mandate for the conservation of forests

When the Indian Constitution got drafted in 1950, the framers had no notion that future challenges with forest protection would develop. It was later realised when the Constitution (Forty-Second Amendment) Act, 1976, was passed, and Article 48A was added to the section of Directive Principles of State Policy. Article 51A is a fundamental responsibility of every Indian.

As per Article 48A, the state shall enact laws to conserve and improve the environment to protect our forests.

According to Article 51A(g), it is the responsibility of every Indian citizen to maintain and improve the natural environment, particularly our country’s forests.

The following are the important sections under the forest conservation act for the conservation of forests in India:

Section 2: Restriction on the use of forests for non-forest activities

The section describes the conditions under which state authorities do not have the permission to make forest-related laws without the authorisation of the Central Government. The emphasis is on ‘non-forest purposes,’ which means that forest areas must get cleared for the plantation of tea. Rubber, coffee, spices, palms, and oil-producing medicinal plants.

Amendments to the Forest Conservation Act, 1980

To balance economic and ecological concerns about the Forest Conservation Act of 1980, the Union Ministry of Environment, Forests, and Climate Change recommended various revisions in March 2021. The following amendments are:

Forests are an important aspect of our natural environment because they help maintain the earth’s ecosystem and the water cycle. This Act got enacted to protect the environment and our country’s forests. This Act also intends to rehabilitate forests through tree planting and encourage forest growth in our country.

It has also established penalties for individuals who violate any of the provisions of this Act. The forest conservation act also specifies the procedures to be followed when government departments or officials commit offences. The Central Government has the authority to form an advisory government to advise the government on forest-related issues.

When did the Forest Conservation Act come into effect?

Under which section is the restriction on the use of forests for non-forest activities imposed?

Section 2 of the Forest Conservation Act

What was the primary purpose of the Forest Conservation Act?

Under which section does the central government have the authority to form an advisory committee?

Section 3 of the Forest Conservation Act