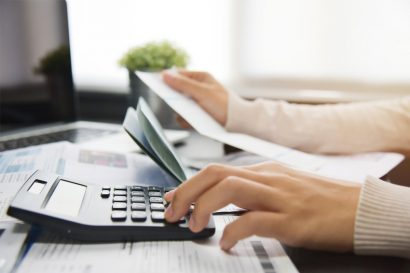 The Fiscal Responsibility and Budget Management Act 2003 establishes a goal for the government to achieve financial independence, enhance public-fund management, and minimise the fiscal deficit.

The Act, passed in 2003, establishes a target for the government to reduce the budget deficit.

What is FRBM Act?

The FRBM Act is concerned with the maintenance of a balance between government revenue and government spending.

The FRBM Act intended to bring –

OBJECTIVES OF THE FRBM ACT

The main objectives of the act include:

Furthermore, the expectation from the act was to provide the Reserve Bank of India (RBI) with the necessary flexibility for managing inflation in India.

Under Section 3(4) of the 2003 Fiscal Responsibility and Budget Management (FRBM) Act, the Fiscal Policy Strategy Statement gets delivered to Parliament.

It outlines the government’s fiscal priorities for the upcoming fiscal year, including taxation, expenditure, lending and investments, administered pricing, borrowings, and guarantees.

The statement shows how current policies align with solid fiscal management principles and justifies any substantial deviations in necessary fiscal measures made in recent years.

The Interim Budget made no mention of such a statement. In its Fiscal Policy Strategy Statement for Budget 2018, the government aimed to achieve the following goals:

HISTORY OF THE FRBM ACT

Borrowing levels in India were extraordinarily high in the 1990s and 2000s.

By 2003, the constant government borrowing and the resulting debt severely harmed the Indian economy.

As a result, the Indian parliament felt that the government of India should be held accountable for not relying on excessive levels of borrowing to support its expenses and that it was necessary to institutionalise some kind of fiscal discipline framework.

The Indian parliament enacted a bill in 2003 that became known as the FRBM act.

All this to achieve the ultimate objective of economic policy mentioned in the Reserve Bank of India Act, 1934.

Amending the RBI’s 1934 Act in May 2016 laid the legal groundwork for adopting the flexible inflation targeting agenda.

After consulting with the Reserve Bank, the revised RBI Act also calls for the Indian government to set the inflation target once every five years.

The Central Government also announced the following factors that contribute to the failure to meet the inflation target:

The modified RBI Act explicitly grants the Reserve Bank of India a legislative mandate to operate the country’s policy framework.

The goal of the monetary policy framework is to determine the policy repo rate based on the current and changing macroeconomic condition. There are strategies to adjust money market rates at/around repo rates by changing liquidity conditions.

TARGETS OF THE FRBM ACT

DID THE GOVERNMENT MEET THE TARGETS?

Amendments in the FRBM act

Significant changes were made in 2012 and 2015, resulting in a reduction in the target realisation year.

In addition, a new concept known as Effective Revenue Deficit (E.R.D.) got introduced.

The ‘Medium Term Expenditure Framework Statement’ requirement was added via amendment in FRBMA.

HISTORY OF BUDGET IN INDIA

When India was still under British colonial rule, the first budget got presented on April 7, 1860, by India’s then-Finance Minister, James Wilson.

The most recent FRBM legislation requirements compel the government to restrict the fiscal deficit to 3% of GDP by March 31, 2021.

Under specific conditions, the Act allows for a deviation from the annual fiscal deficit target.

WHAT FISCAL TARGETS SHOULD WE ADOPT?

Fiscal rules should prioritise macroeconomic stability, with relevant targets including the fiscal deficit, primary deficit, and debt/GDP (gross domestic product) ratio. The committee has concentrated on the fiscal deficit, the debt ratio, and the revenue deficit, which, in my opinion, are irrelevant.

Our fiscal deficit and the debt ratio are significantly higher than those of other comparable emerging market countries.

It is irrelevant when things are going well because markets are notoriously forgiving when growth is strong. Because our fiscal deficit and the debt ratio are our weak points, our fiscal rules should attempt to correct both.

ARE THE TARGETS REASONABLE?

HOW IS FRBM CALCULATED?

The fiscal deficit calculation can get done by deducting the total revenue received by the government during a fiscal year from the total expenditures incurred during the same period.

The mathematical representation gets as follows:

Fiscal deficits are common in all economies, while fiscal surpluses are uncommon. A large fiscal deficit is not always bad for the economy. It is preferable if the funds get used to building roads, railways, and airports, among other things. After a certain period, these assist in generating revenue for the government.

The FRBM Act required the government to submit the following documents to Parliament each year, along with the Union Budget documents:

The FRBM Act suggested that the revenue deficit, fiscal deficit, tax revenue, and total outstanding liabilities get projected as a GDP percentage in the medium-term fiscal policy statement.

SCOPE OF FRM ACT IN INDIA

The qualitative aspects of fiscally consolidating the economy, on the other hand, have remained largely elusive:

Though the Act’s primary goal is to reduce the deficit, an important goal is to achieve intergenerational equity in fiscal management. It is because when there are large borrowings today, they must get repaid by future generations. However, the benefit of high spending and debt today goes to the current generation.

What are the limitations of the FRBM act 2003?

It limits guarantees. The key feature of the Amended FRBM Bill 2000 or the FRBM Act 2003 is that it limits the central government’s guarantees to 0.5 per cent of GDP in any fiscal year beginning with 2004-2005.

What is the meaning of the fiscal deficit?

N. K. Singh is the current Chairman of the Review Committee for the Fiscal Responsibility and Budget Management Act, 2003, overseen by the Ministry of Finance (India), Government of India.

Why was the FRBM act passed?

The FRBM Act got passed to reduce the fiscal deficit. The Fiscal Responsibility and Budget Management Act was first introduced in 2000 by then-Finance Minister Yashwant Sinha.