Appeal through High Courts in India 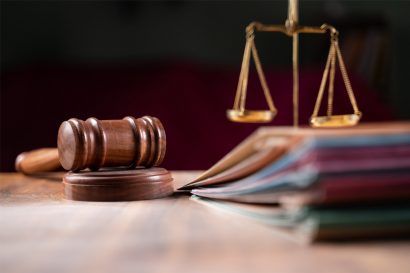 Types of Courts in India

The Indian Judicial System gets based on common law in which customs, precedents and legislation play a vital role. India is among the largest countries in the world with a vast population and a strong legal system, with various courts.

The Supreme Court of India is the Apex Court of India. It is the country’s highest judicial body, which is present in India’s capital city, i.e., Delhi. It is the highest constitutional court with the power of judicial review and the final court of appeal as provided under the Constitution of India. The Court consists of thirty judges and a Chief Justice of India, making the maximum number of judges to be Thirty-one appointed in the Supreme Court.

The High Court in India is the highest court of the state, and each state has one high court, which can have the other bench as well. India gets divided into Twenty Eight states and Eight Union territories. It has Twenty Five High Courts in India in total other than the additional bench of the high courts in some of the states of India. There can be a common high court for more than one state. The High Court has the power to deal with the cases related to original civil and criminal jurisdiction in cases where lower courts do not have the jurisdiction to deal with some instances. In some cases, the High Court can also have original jurisdiction.

A Cause List of every High Court is published every day, showing how many cases are to get dealt for the day with the details of the case.

The Lok Adalat and Nyay Adalat get organised by the district courts for the villagers to solve their matter, which gets considered a subordinate court to the district court. This made it easier to reach the number of citizens who live in rural areas to get justice.

There are various tribunals present in India that deal with cases related to a particular matter. Thus, it helps in reducing the burden of the courts.

Hierarchy of Courts in India

The appeal is the process by which the judgement of the court can get challenged in the superior court. Any person (a party to the dispute) can file an appeal in case of the death of any party by its legal representatives. The person filing an appeal is known as the appellant. And such an appeal is filed as an appellate court. The law does not always provide the right to appeal. Only in some instances can an appeal get filed in a specific manner as mentioned by the law. The Code of Criminal Procedure deals with criminal matters, and the Code of Civil Procedure deals with civil matters.

An appeal that arises from civil matters is known as a civil appeal. Such an appeal can get filed against the judgement or order. The Code of Civil Procedure governs such appeals; the High Court in India also can set rules and procedures for appeal in civil cases.

An appeal in civil matters gets filed before the High Court under the CPC.

Who can file an High Court Appeal?

Any of the following people can file a high court appeal:

Who cannot file an appeal?

Cases in which no appeal lies

Following are the cases in which no appeal lies in the High Court:

Appeal from Original Decree lies in the court passing the decree that exercises the court’s original jurisdiction. Such appeal lies in cases where the original decree gets passed ex parte and on the question of law.

No such appeal lies in the cases where the party’s consent passes the decree, or the nature of the case is such that it is cognisable by the small-clause court if the amount of the suit gets confined to a sum of Rs. 10000/-.

When a substantial question of law arises in the decree or judgement of the appellate court, then such decree can again get challenged in the second appeal before the High Court.

The filing of an appeal does not amount to the stay of proceedings, but in some instances, the appellate court may order the stay of execution of decree where the courts find sufficient reason to do so.

Stay of proceedings can also be imposed by the court that has passed the decree if an application that states enough cause is made before the time allotted for filing such appeal has expired.

To file an appeal in the High Court in India, the party must sign a memorandum. It includes the reason, and grounds of objection against the decree challenged before the court, along with the copy of the decree or judgment.

In the case where the appeal is against the decree for the payment of money, the appellant shall deposit the amount in dispute along with a security deposit as the cost of an appeal.

The 90 days is for filing an appeal before the High court in India from the date of the decree.

Any person convicted for any offence punishable with imprisonment of seven years or more and gets convicted by the session judge or another court may appeal to the High Court.

Appeal by the State

The state government is vested with the power to appeal before the high court to enhance the accused’s sentence, where the sentence seems inadequate.

The state can also appeal before the High Court against the acquittal or the reduction of the sentence.

The complainant who seeks leave has the right to appeal within 60 days from the date of order of acquittal. If the High Court refuses such an application, then no further appeal can get filed.

Appeal by the Accused

In the case where the state has filed an appeal before the High Court in India to enhance the convicted person’s sentence, a reasonable opportunity is given to the accused to challenge the enhancement of the sentence. Even the Accused gets the right to appeal for acquittal or the reduction of the sentence.

The period for filing an appeal in the High Court in India is 30 days in case of a death sentence passed by the session court.

The limitation period in case of acquittal by session court and cases where it is necessary to seek special leave of the court is 90 days.

The appeal is the right of every person who is not satisfied with the decision of the subordinate court. In the case where a party is not satisfied with the district’s decision, judgment or decree, the appeal lies with the High Court of that state to seek better remedy. The High Court in India gets vested with the powers to deal with appeals in civil and criminal cases and has original jurisdiction. Also, the court can dismiss such appeal or pass a decree in favour or against the appellant.

What is the period to file an appeal in a civil case?

The appeal before the High Court from any decree or judgement passed by the subordinate court can be made within 90 days from the date of the passing of the decree or the order.

What is the period to file an appeal in a criminal case?

The time for filing an appeal is 30 days in case of a death sentence passed by the session court. The limitation period in the acquittal of the accused is 90 days.

When in case of criminal appeal, no court fee gets paid?

If an accused is in jail and has filed an appeal through jail authorities, then no court fee is to be paid to file an appeal.

How is the Court fee calculated if the accused filed an appeal through an advocate in a criminal case?

In a criminal case, if an advocate files the appeal before the High Court, even if the accused is in jail, the court fee is to be paid as mentioned under the Court Fee Act schedule.

How many High Courts in India works?

There are twenty-five High Courts in India.