Things to Know About Hire Purchase 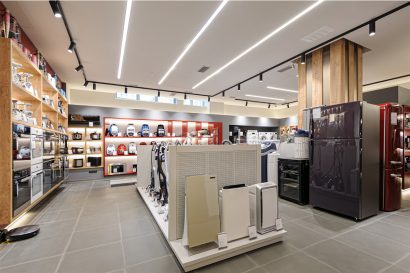 The provisions of Chapter IX of THE INDIAN CONTRACT ACT governs the Hire contract. It typically covers everyday finance agreements such as purchasing consumer durables such as automobiles, computers, and household appliances such as televisions and refrigerators.

This hire purchase method is also used in the industrial sector to finance the purchase of machinery and other items.

The transaction’s basic principle is that the determined instalment is regarded as hire (rental) until the agreement provides such payments. Following the determination of the specified period, the Hirer has the option of paying a nominal fee to become the owner of the goods.

WHAT IS A HIRE PURCHASE?

A hire purchase (HP), also known as an instalment plan or the never-never, is a contract in which a customer agrees to pay an initial instalment and then repays the balance of the asset’s price plus interest at a set time.

Closed-end leasing and rent to own are terms used to describe similar practices.

The British introduced hire-purchase agreements to India after they originated in England. The major judicial precedents and English law governed such transactions at first.

The Hire Purchase Act 1972, a specialised act to govern the same, was never enforced and was eventually repealed in 2005, giving rise to a fascinating March of Law that begs investigation.

WHAT IS THE HIRE PURCHASE ACT?

The Hire Purchase Act of 1972 governs the hire purchase system.

Hire purchase is defined in this Act as

It allowed customers with a cash shortage to make an expensive purchase that they would otherwise have to postpone or forgo.

A hire-purchase contract, for example, allows a buyer who cannot afford to pay the asking price for an item of property in a lump sum but can afford to pay a percentage as a deposit to hire the goods for a monthly rent.

After settling in equal instalments, a sum equal to the original full price plus interest, the buyer has the option of purchasing the goods at a predetermined price (usually a nominal sum) or returning the goods to the owner.

These contracts most commonly get used for automobiles and high-value electrical goods, where the purchasers cannot pay for the goods directly.

EVOLUTION OF THE HIRE PURCHASE ACT

Hire purchase transactions began in England in the mid-nineteenth century, against the backdrop of the Industrial Revolution, when sewing machines were sold under a formal agreement to hire with the option to purchase. As a result, other consumer durable goods began to fall under the scope of such agreements.

The introduction of automobiles accelerated the spread of hire purchase transactions. Initially, such agreements had only two parties: the owner and the hirer. With the establishment of large-scale financing companies after World War I, the transactions took on a triangular shape.

Instead of dealing directly with the hirer, the new form became popular. The owner sold his goods to financing companies, renting them out to the hirers/intended under hire purchase agreements.

Hire purchase transactions got first introduced in India at the turn of the twentieth century. The Madras-based Auto Supply Company Ltd. (1920), later known as Commercial Credit Corporation, was the first hire purchase company. Other notable companies based in the north included the Motor and General Finance Company and the Instalment Supply Company (c. 1925).

Several government-appointed committees, including the Masani and James Raj Committees, have acknowledged the role of hire purchase agreements in developing the road transport industry.

With the proliferation of hire purchase transactions, there has also been a fair amount of litigation. The courts have been active in elaborating on the various aspects and features of hire purchase agreements.

Following are the features of a regular hire purchase transaction:

The following are the benefits of the Hire Purchase system:

As previously said, we conclude that the hire purchase system is the ideal approach to rent products that are usually expensive to buy and subsequently own them if desired. Nevertheless, such agreements end up being more costly because interest gets added to the instalment amount.

What are the provisions of the act?

What are the disadvantages of the Hire Purchase?

What does a case hirer need to do after deciding to terminate the agreement?

If the hirer wants to end the arrangement, he or she must either:

Return the item to prevent payment of the next instalment, then pay the future payments in full or at a discount as mutually agreed upon, and take possession of the asset.

What are the remedies in Case of Breach?

The owner has the right to terminate the hire purchase agreement if there is a breach: