How to Adopt a Child in India: Process and Laws 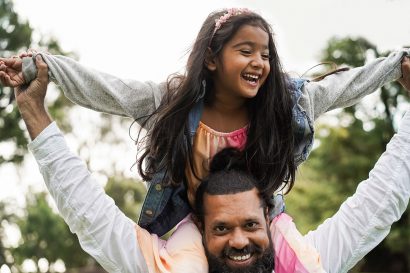 Adoption can be seen as taking up one’s child and bringing it up as one’s own. When it comes to adopt a child in India, it is an act to establish a person who is not a child’s parent as a parent. It can be seen as a social, legal and emotional process through which a child not gets raised by birth parents but by his legal parents or foster parents who have adopted the child. The adopted child receives all the privileges, rights and responsibilities of adoptive parents.

In India, the concept of child adoption is not new. The roots of adoption can be seen in the history of India. But the trend of adopting a child is increasing.

The significant difference is that earlier, the concept of child adoption was seen as taboo in Indian society. Still, nowadays, adoption is the concept discussed freely in Indian Society. Now, what is important is how to adopt a child in India?

There can be many reasons for the adoption of a child. The common reason that leads to an increase in child adoption is either the parents are not capable of having their child, or the parents are interested in providing support to a child living in an orphanage and giving him a better life.

Eligibility to adopt a child in India

The adoption process in India gets monitored by the Central Adoption Resource Authority (CARA), which is also a part of the Ministry of Women and Child Care. CARA is a nodal agency that monitors and regulates intercountry adoption. It maintains the necessary records and answers the question, How to Adopt a Child in India?

The conditions that are required for a parent to comply with, to be eligible to adopt a child are:

Conditions when a child is eligible to be adopted

The condition when a child is eligible for adoption is as follows:

Conditions that need to be fulfilled by parents

The CARA’s eligibility criteria define criteria for parents adopting a child. The process of How to Adopt a Child in India can be understood by going through the conditions required to be fulfilled by the parents. The requirements are as follows:

How to adopt a child in India

In India, many laws govern the process of adoption. The Central Adoption Resource Authority sees the adherence to this law.

The procedure for the adoption of a child is as follows:

The parents who are willing to adopt a child have to register themselves with an authorised agency. Two registered agencies are allowed to make the registration. The registration agencies are Recognized Indian Placement Agencies (RIPA) and Special Adoption Agency (SAA). To know the procedure for adopting a child, the adoptive parents can visit the nearest social worker office.

The social worker office, not the procedure for adoption, explains the formalities and paperwork and will also prepare the registration.

The online registration for adoption can get done at CARA.

A social worker from the registration agency visits the adoptive parent’s house. The agency visits the house to know more about where a child would live. At times the agency tends to take counselling sessions to be parents. The counselling gets done to understand the adoptive parents’ strengths, weaknesses, and preparation. As per the regulation of the CARA, the home study needs to get completed within 3 months from the date of registration. The report from the sessions gets presented before the court.

Step 3: Referral of the Child

After completing the home study and counselling and presenting the report before the court, the agency must intimidate the couple whenever a child is ready for adoption.

The agency then shares the medical reports, physical examination reports, and other information related to the child with the couple. The agency also allows the parents to spend time with the child after being comfortable with the details shared with them.

Step 4: Acceptance of the Child

When the parents are comfortable with the child, they sign the document that contains acceptance of the child.

Pre-adoptive foster care can be seen as understanding the child’s habits from the nursing staff who cared for the child. It gets done after signing the document in court.

After showing the court’s investment receipt, the judge passes the adoption order.

After completing the procedure of the child’s adoption, a report gets submitted to the court about the well being of the child. Such follow up may continue for 1-2 years.

Can parents ask for a specific child?

No prospective parent can ask for any of the specific children. The parents can give their preference but cannot be specific about the child. The preference can include:

In case of the health condition, parents have the liberty to specify if they are interested in adopting a child with any disability.

Laws that govern adoption in India

Legislation is the crucial aspect of how to Adopt a Child in India?

In India, the adoption of a child is one such concept not governed by personal laws. Muslims, Christians, Parsis and Jews in India take the guardianship of a child under the Guardians and Wards Act, 1890.

The law for adoption in Hindu is a bit different. In the case of Hindus, which includes the Hindu, Jain, Sikhs or Buddhist as per the definition of Hindu under Hindu laws, the religious law applied to Hindus is applicable. The law for the Hindu Religion that covers Hindu Adoption is the Hindu Adoption and Maintenance Act, 1956. The speciality of the act is that it does not provide any of the religious performances that need to get performed for adoption. But this act provides a secular way of adoption: the giving and taking of the child.

The Juvenile Justice (Care and Protection of Children) Act, 2000 confers the status between the adopted child and the adoptive parents as parent and child and not as guardian and ward.

Documents required for adopting a child

The documents required for adopting a child are:

Adopting a child is one such act that people on a large scale should perform. The primary reason behind this is that India is a large country with a large population, but the worst part is that unwanted children are more among this large population. But it should get understood that a child is the country’s biggest asset.

Thus, the upbringing of a child is the responsibility of the nation. Even if a child gets abandoned, neglected or surrendered, he has the right to live his life with dignity. Thus every child is given the right to adoption. The legislation provides the process for how to adopt a child in India and CARA that deals with adoption in India.

What do you mean by adoption?

Adoption is a process by which the adopted child becomes the lawful child of the adoptive parents. The adoptive child has all the rights, responsibilities, and privileges of a biological child.

What is the age limit for the child to be adopted?

Central Adoption Resource Authority or CARA is a part of the Ministry of Women and Child Care. CARA deals with the process of Adoption in India.

What is the role of SAA?

Specialized Adoption Agency is the institute that the Government of India recognises. The main aim of the SAA is to keep adoptable children.