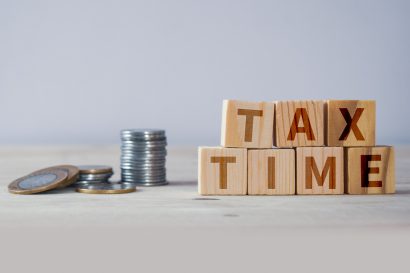 Taxation is the system of levying the finance charge based on the income of the people, cost of goods, services availed by the people, etc., demanded by the government.

The Income Tax Act regulates the taxation system in India. Tax is the significant mode of income for the government, which ultimately gets used for the welfare of the society and the development of the nation through administration, strategies, arrangements, etc.

“It was solely for the sake of his subjects that he collected taxes from them, much as the Sun collects rain from the Earth to give it back a thousandfold.” -Raghuvansh, Kalidas

The tax gets used to make a defence mechanism of the country strong, develop infrastructure, public services, etc.

Income tax is a direct tax as the person on which the burden of paying tax is laid cannot shift his liability to do the same.

Income tax existed in India for a long time, but James Wilson, India’s first finance minister, created the first modern Income Tax Act in 1860. It was initially implemented in India in 1860 to combat the economic collapse of 1857. As a result, the Income Tax Act of 1961 is currently in effect in India.

What is meant by Income Tax?

In India, income tax is a tax that individuals and businesses pay to the government based on their earnings and profits.

The money raised through taxes is spent on various purposes, including social services, infrastructure development, security expenses, and subsidies, among other things. If your income exceeds a certain amount, you must pay income tax annually.

The need for Income Tax in India

A tax on a person’s or a company’s earnings is known as an income tax. Income tax is the government’s principal source of income for performing its duties.

The government’s responsibilities are not limited to defence, law, and order; it also has to participate in activities like welfare and development in various sectors like health, education, rural development, etc. It has to fund for there own management. These tasks necessitate a significant amount of public funding, raised through taxation.

The constitution of India provides the provisions for establishing a stringent and organised taxation system in India.

As per article 265 of the constitution of India, No tax shall be levied or collected except by the authority of law. It means that the government is empowered to collect tax from its citizens directly or through an authority in lieu of products purchased or sold, services exercised or exchanged.

The constitution also provides power for collecting taxes among the centre and state governments.

Schedule 7, List I, Entry 82 of the Constitution of India states that the parliament has the power to impose taxes on income except for agricultural income.

So, Income Tax is under the Union list(i.e. List I), and the central government is authorised to collect the income tax.

Entry 46 of List II under the seventh schedule of the constitution of India prescribes that the state government can collect taxes on agricultural income.

Taxes on Agricultural income is a subject under state list (i.e. List II) which is a subject of state government.

Who are Income Tax Payers in India?

If your annual income exceeds Rs. 2.5 lakh, you are entitled to pay income tax in India.

The Income Tax Act is a broad act covering the various rules and regulations that govern the country’s taxation. The government of India is further in charge to levy, charging, administering, collecting and further reclaiming Income Tax.

As per the Income Tax Department of India, the Income Tax Act 1961 has 23 chapters and 298 sections. These numerous income tax sections cover various topics of Indian taxation. The following are the multiple tax areas for which you must pay the income tax:

Every year in February, the Indian government releases its fiscal budget. The budget proposes a few amendments to the Income Tax Act every year if required. Whenever the government finds it appropriate, there is a change in Income Tax slabs.

The income tax act consists of the following significant terms:-

Assessee: The term ‘assessee’ gets defined under Act’s section 2(7). An assessee is liable to pay tax under the Act. As per the Income Tax Act, a person can also be an assessee in the following conditions:

A group of persons or an authority or a juridical person would get deemed a person, irrespective of that body or person was made or established with the express motive of gaining gains, income or profits.

Assessment year get defined under section 2(9) of the IT Act 1961. The tax gets levied on a taxpayer’s total income in a particular assessment year. The person on whom the tax liability gets laid down is called an assessee.

According to section 3 of the IT Act, A ‘previous year’ is considered a financial year before the assessment year.

Income tax is payable on income earned in the previous year, and it gets assessed in the immediately succeeding financial year, an assessment year. If:

Then from the date when such business was set up or when the new source came into existence till the last financial year’s day, i.e. 31st March shall be the first previous year for that business or source of income.

Assessment:- Assessment is a technique for assessing the accuracy of the assessee’s income declarations, computing the amount of tax due, and imposing that tax responsibility on that person.

Income:- The following elements are included in the definition of income in section 2 (24) but are not exhaustive:

Salary:- Section 17 (1) of the Income Tax Act defines salary to include the following items as salary:

There was a lot of case spending related to the tax disputes in the court of law till the end of 2019. To ensure such litigation’s speedy disposal, the Direct Tax Vivad se Vishwas Bill, 2020, was introduced by the government on 5th February 2020 to remove those cases promptly.

This Act consists of 12 sections and lays down a mechanism for resolving pending disputes concerning income tax and corporation tax.

Under the Act, the appellant refers to the income tax authority or anyone whose appeal is pending as of 31st January 2020 before the Supreme Court, any High Court, the Income-tax Appellate Tribunals or the Commissioner.

An Indian citizen doesn’t have to pay income tax if his annual income is below Rs. 2.5 lakh. The same above limit is Rs. 3 lakhs for senior citizens.

The income tax rate is the same for all the categories of people except Hindu divided family which gets exempted from taxation up to the income of 5 lakh rupees.

The basis of the charge of Income Tax

Below mentioned chart shows the different sections that allow exemptions under section 10 of the Income Tax Act 1961:

The following parts of the Income Tax Act of 1961 allow you to claim deductions:

Issue: Is an income from a business established by selling plants grown directly in pots treated as an agricultural income?

In Commissioner of Income Tax v. Soundarya Nursery (2000), 241 ITR 531, the assessee had a nursery business in Madras. The plants sold by the assessee in pots resulted from primary and subsequent operations.

Therefore comprehended within the term ‘agriculture’. So, the court of law held that the income is considered an agricultural income and thus exempted from tax.

Issue:- Whether 60% of the dividend received by the assessee from two tea companies is agricultural income and exempt under the Act’s Section 4(3)(viii)?

Issue:- Whether the rent collected from the land, buildings or other properties is a taxable income?

In the case of Chennai Properties and Investment Ltd v/s Commissioner of Income-tax (2015) 373 ITR 673 (SC), the assessee company got incorporated with the primary objective as mentioned in the Memorandum of Association as the primary business to acquire the properties in the city and to let out those.

The assessee company rented out its acquired properties under its business operation. The court held that the income earned or received from these properties is taxable under the head profits and gains from business and profession.

A tax is a government-imposed charge on an individual. Taxpayers have several legal options available to them based on their needs.

Different slabs are established for different income classes, according to which persons pay taxes for each fiscal year. Various tax deductions can use to lower one’s income taxes. It covers things like investments, savings, and so on.

The Income Tax Act regulates and oversees all these provisions and more. The Income Tax Act is considered a very comprehensive law covering all aspects of taxation in the country. This Act eliminates the possibility of fraud and assists the government in maintaining order.

The central government also provides many schemes under which the income investment will not be taxable under the act. One such scheme is Sukanya Samroddhi Yojna used to benefit a girl child in which both the interest and maturity amount are tax-free.

Taxation is a very effective system for running the administration and development of its country and its citizens. We must fulfil this liability towards the government and our nation.

FAQs on the Income Tax Act

Does Parliament have the authority to impose taxes on agricultural income?

Yes, Parliament has the authority.

Which is the highest administrative authority for Income Tax in India?

Central Board of Direct Taxes

Which section of the IT Act 1961 defines the term “total income”?

The term “total income” is defined under section 2(45) of the Act, which states that total income is the amount of income referred to in section 5.

Section 5 of the act states the scope of “total income”.

The penalties are provided under Which chapter of the IT Act of 1961 provides the penalities?

The chapter XXI of the act from sections 271 to 275 consists of all the penalties applicable to various taxpayers.

Under which section of the act of 1961 the categories of incomes are stated that are not considered total income?

Section 10 of the IT Act consists of income categories as total income.

Which section of the IT Act of 1961 states the provision for deductions that disabled persons can claim?

Section 80U of the act provides that a disabled person can claim a deduction from total income up to a number of one lakh rupees.