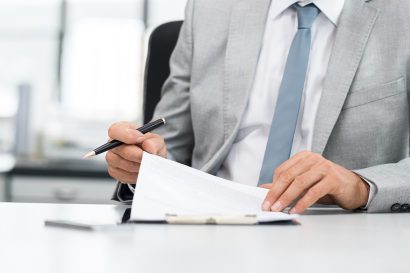 Contracts have a vital role in our daily lives. People who take rented houses would agree with the house owner to agree. When we buy a car or a home, we agree. Knowingly or unknowingly, we enter into many Contracts as part of our lives. In India, the Indian Contract Act of 1872 governs contracts, agreements, agency and bailment.

A made a contract with B promising to give 1,00,000 if he robs a bank. Is that contract valid in the court of law? What about the job contract that failed to pay the promised salary? What about a contract that deals in the supply of drugs? In this article, let us know about contracts, agreements and their enforceability.

Before starting with a contract, let us know more about agreements. We make agreements for various reasons like a rented house, property sale, etc. For example, A agrees with C that if B dies, he will marry C. This agreement cannot be considered a valid agreement in a court of law. So, what is an Agreement? What is a Valid agreement?

An Agreement is a promise made between two persons creating a mutual obligation enforceable by law. According to section 2(e) of the Indian Contract Act, 1872, ‘Every promise and every set of promises, forming the consideration for each other, is an agreement.

Following components are required to create an agreement:

When an offer is made by creating a lawful obligation, it becomes an offer. An agreement becomes a contract when there is free consent by parties, lawful acceptance and consideration, lawful object and capacity of parties.

A entered into an agreement with his wife, B. If she stays with him, he will pay ten thousand rupees per month. This agreement is not a valid contract as it does not create any legal obligation.

There are different types of contracts. Here are the most popular types of Contracts in India.

Differences between Contract and Agreement

Consideration in Latin means quid-pro-quo. In the legal aspect, it is “something in return”.

Breach of contract violates the agreed terms and conditions of a binding contract. It includes late payment of agreed money, non-transfer of promised asset or property etc.

According to section 73 of the Indian Contract Act, “When a contract has been broken, the party who suffers by such breach is entitled to receive, from the party who has broken the contract, compensation for any loss or damage caused to him thereby, which naturally arose in the usual course of things from such breach, or which the parties knew, when they made the contract, to be likely to result from the breach of it”.

Illustration: David contracts to sell and deliver 50 kilos of rice to James, at a certain price to be paid on delivery. David breaks his promise. James is entitled to receive compensation from David, the amount, if any, by which the contract price falls short of the price for which James might have obtained 50 kilos of rice at the time when the rice ought to have been delivered.

Section 73 of the Indian Contract Act 1872 also specifies that the damage is only payable if the breach has caused the loss. Compensation is not payable for any remote or indirect damage sustained by the breach. Non-performance of the contract must also get considered regarding the estimation of the damage caused. Remedies for breach of contract constitute a specific performance, award of damages and compensation.

Penalty and charges for breaching of contracts in the Indian context

An exception to Section 74: The section states that if a party enters into a contract with any government for the performance of an act in the interest of the general public, the party shall be liable, upon breach of the condition of any such instrument, to pay the whole sum mentioned therein.

Other remedies available for breach of contract

Section 75 of the Act states that “A person who rightfully rescinds a contract is entitled to consideration for any damage he has sustained through the non-fulfilment of the contract”.

In the case of Hadley v. Baxendale, the court held that damages are limited to what arises from a breach. It must also be

reasonably considered by the parties at the time of contracting.

“Every agreement by which any party thereto is restricted absolutely from enforcing his rights under or in respect of any contract by the usual legal proceedings in the ordinary tribunals or which limits the time within which he may thus enforce his rights is void to that extent.”

Section 28 states that an agreement is void if the party gets restricted from enforcing his rights in ordinary court proceedings or limits the time he may enforce the rights. An agreement is also void if it annihilates the right of any party or discharges any party from liability, under or in respect of any contract on the expiry of a specified period to restrict any party from enforcing his rights, is void to that extent.

The first paragraph of section 28 got replaced by a new paragraph in the Indian Contract Act of 1996. The new paragraph states that if any clause in the agreement bars a remedy and extinguishes the right, it will be void to that extent. It will make a visible change in the contract law.

What is consent according to the Indian Contract Act, 1872?

Consent is made when both the parties agree on the same thing in the same sense.

Which contract gets considered a void contract?

Any contract which gets ceased to be enforceable by law.

According to the Indian Contract Act, which are the two parties in indemnity contracts?

What happens when a general offer is of continuing nature?

When a general offer is of continuing nature, people accept it until it gets retracted.