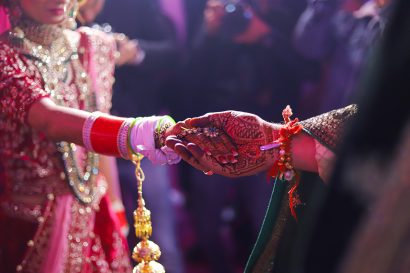 Each civilisation laid down laws that define the majority. A majority, here, could be perceived as a legal age where the individual is considered mature enough to make correct decisions ranging from entering into a contract, getting married, getting drinks in clubs and even a right to select the government.

As per the Indian Majority Act, though the legal age to attain majority in India is 18 years for both genders, this age differs for males and females for marriage. Recently, the government made an attempt to bridge this distinction and introduced gender-neutral law in this regard.

Thus, the article discusses, in brief, the journey of majority in India for each gender and in varied aspects.

In the case of Aftab Vs State of Haryana, the Punjab and Haryana High Court issued a notice to the government in July 2021 to investigate the current age of the majority and make necessary amendments to the century-old Indian Majority Act. With things changing so quickly in the twenty-first century, it is critical for the laws to keep up. To accomplish this, older legislation should be brought up to date with modern social and cultural values by fine-tuning the provisions following the legal system’s current needs and requirements.

Let’s get into the depth of the Indian Majority Act of 1875 to understand its relevance, particularly concerning the age of majority in India, would be accessed.

Analysis of Majority Age in India

The Punjab and Haryana High Court ruled in Preeti v Haryana that children attain psychological and physiological maturity much prior to the age of majority. The age must be revised accordingly. It raised the pertinent question of the legal age of the majority and whether it is in line with modern society and its norms.

The majority’s age for a minor is determined by when the minor typically achieve mental and physical maturity. However, this depends on current societal values, various socioeconomic factors, and, most importantly, what society expects from its minors.

Historically, the age of the majority was not always 18 years; but instead varied depending on the group and society at the time.

For example, the Barbarians set the age of majority at 15 because children were considered old enough to carry weapons and fight in battles. However, in ancient Sparta, the age of the majority was 31. With the advent of two world wars in the nineteenth century, the age of majority was agreed to be set at 18 because that was the age at which minors usually got drafted into military service. As a result, we can see that societal and cultural practices and norms always influenced the determination of the age of the majority.

With rapid advancements in almost every sector, children learn and comprehend various concepts much faster and earlier than previous generations.

Adequate internet services and access to quality education allow minors to learn, while better healthcare and eating habits will enable them to grow up healthy. As a result, they reach mental and physical maturity much sooner than previous generations of minors.

Children nowadays are much more competent, with nearly the same level of comprehension as adults. As the Japanese government approved a bill to lower the age of majority in 2022, supporters argued that lowering the age of majority can build the society with a much stronger youth section, essentially helping a nation grow in many ways. It will also make teenagers financially and socially independent.

Although these arguments appear to be valid, we must examine them in the context of today’s India to hurt gain a better understanding.

In a third-world country like India, where nearly 40% of children are malnourished and have poor education quality, such maturity among Indian minors and teenagers. The factors primarily responsible for developing physical and mental maturity in children are not uniformly available in India and are almost non-existent in the country’s still impoverished, underdeveloped rural areas.

Lowering the age of the majority can also harm juvenile offenders because they will be treated as adults by the criminal justice system, pushing them to become hard-core criminals at a young age. Lowering the age can also deprive the orphans and underprivileged living in State-sponsored facilities, making them vulnerable.

Legal age to marry in India

The Indian government has proposed raising the legal marriage age for women from 18 to 21 years. Currently, the legal minimum age for women to marry is 18 years old, while the corresponding age for men is 21 years old.

On December 21, a bill to formalise legal change got introduced in the Lok Sabha. However, due to opposition from opposition parties, it was referred to a parliamentary panel for further review.

According to the bill amending the Indian Majority Act, the new minimum marital age for women will take precedence over all personal laws; thus, the legal age of marriage will be raised for all females, regardless of religion. Before this amendment, in 1978, the Indian government raised the legal minimum marriage age for girls from 15 to 18 years and boys from 18 to 21 years.

Another argument is that teenage pregnancy increases the risk of high blood pressure, anaemia, and health issues in the mother and leads to severe pregnancy complications resulting in the mother’s death. It is why raising the marriage age for girls could help reduce maternal mortality.

Finally, by making the minimum marital age for women the same as that for men, the decision is portrayed as one that affirms the principle of gender neutrality.

On the other hand, opponents of the change argue that child marriages are still common in India, even though they are illegal. According to the National Family Health Survey (2019-2021), one-fourth of women aged 20-24 were married before 18. The global prevalence of child marriage has increased since the COVID-19 outbreak. As a result, the issue is one of enforcing existing laws.

Thus, it gets argued that, rather than raising the legal marriage age, it’s essential to address the root cause of the marriage to bring about a value shift in society.

Another argument against the proposal is that some girls from particularly conservative, regressive, and patriarchal families escape their families’ clutches by marrying a person of their choice after reaching 18. As a result of the proposed legal change, such girls would have to wait three years longer; families and the larger community could use this time to threaten and control such girls.

According to 2019 government data, the average age for women to marry is 22.1 years. This figure has gradually increased over time, indicating that the change is voluntary. The shift has occurred primarily as women’s educational attainment has increased.

As a result, enhancing education for girls, conducting awareness programmes on the importance of education in communities with low female education rates, and sensitising young students of both genders about the importance of individual financial stability and the teenage pregnancies dangers may be the solution to the problems that the proposed amendment seeks to resolve.

Girls from low-income families get forced into child marriages, and providing them with financial assistance, particularly for education, will automatically raise the age of marriage among women.

Section 11 of the Contract Act of 1872 explains the requirements for contracting competency. Individuals or entities who meet these requirements can create contracts. The first such requirement is the attainment of majority age. According to the general rule of contracts, every person, natural or artificial, can enter into contractual obligations.

Section 11 specifies some exceptions. Minors, people of unsound mind, and those the law expressly disqualifies are exceptions. Section 11’s rationale is that all contract parties must be competent to understand their obligations, and this is because minors would struggle to understand and fulfil their responsibilities. Thus, the law forbids them from entering into contracts.

Section 11 states that only those who have reached the legal age of majority are competent to contract. As a result, a law defining the age of the majority is required.

The Indian Majority Act of 1875 declares the age of majority for all persons in India to be 18 years. If a minor is cared for by a guardian or a Court of Ward, the age of majority gets raised to 21 years. As a result, any contract with a party under 18 is void under the Act. Mohiri Bibi v. Dharmodas Ghose is a significant case that clarified this issue. In this case, a minor had mortgaged his home to borrow money from a moneylender.

Although, as a general rule, a contract with a minor is void, we must also consider the following guidelines:

As a result of the preceding analysis, it is clear that despite the Judiciary’s recent suggestions regarding revising the age of majority, lowering the period will not be a prudent step in light of India’s overall socio-economic situation. As a result, the current age of majority, as the Indian majority act of 1875 recognised, should be maintained, with any necessary changes made in the future based on how society develops.

According to the Indian Majority Act, who is a major?

Every person residing in India will reach the age of majority when he reaches the age of eighteen, and not before.

In India, what is the major age of a girl?

In India, the government has proposed legislation to raise the marriage age for women from 18 to 21 years old, bringing them on par with men and empowering women.

Which Section of the Contract Act states competency grounds for entering into contracts?