An Insight on the Indian succession Act 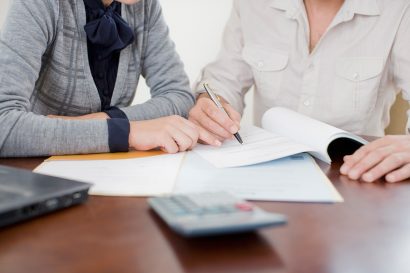 The succession law establishes the rules for property devolution if a person dies with or without leaving a Will. These rules establish a class of people and the percentage of the property distributed to each of them.

Where there is a written will (testamentary), the Indian Succession Act is applicable.

On the other hand, intestate succession applies when there is no will, and the deceased’s property must get distributed according to their laws. This act applies to the property devolution of Hindus, Muslims, Buddhists, Sikhs, Jains, Parsis, and Indian Christians.

General Definitions under the Act:

Section 2(h) of the Indian Succession Act 1925 provides that a Will is a legal declaration of a person’s intention concerning his property, which he/she wishes to take effect after death.

It is a document created concerning a Will that explains, modifies, or adds to its dispositions and is considered part of the Will.

It is a certificate issued by the competent court to an administrator in the presence of a Will authorising him to administer the deceased’s estate by the Will.

It refers to a certified copy of the will bearing the seal of a court of competent jurisdiction. The applicant is granted administration rights over an estate through Probate (an executor under the will).

During the Colonial era, British policies determined what should get classified as a personal matter and the final shape of the laws governing such personal issues—whether administered by English courts or legislated by colonial legislatures modified the people’s laws.

Given the complexities, a large number of laws, including succession, were enacted.

Over time, several large and significant enactments made it challenging to ascertain the law and felt necessary to consolidate the Indian Laws relating to succession. In response, the Indian Succession Bill got introduced in the legislature.

The Indian Succession Act of 1865 got enacted to fill in the gaps. It provided for the intestate succession of Christians in India, among other things (and also of Parsis).

The act was enacted during the Colonial era and applied to all classes of succession. However, certain exceptions were so broad that they excluded all Indians.

The Act, among other things, represents the Act of 1865, the Hindu Wills Act, the Probate and Administration Act, and the Parsi intestate Succession Act, which incorporates to a significant extent the English law.

Intestate succession refers to the scenario of a death –

Testamentary succession refers to a circumstance when the deceased leaves behind a will and the transfer of the property take place as indicated in his will.

The Indian Succession Act, 1925 is ideally applicable to this. So, will’s construction concept, validity, and revocation are defined in Part VI under Sections 57 to 391 of the act.

The Indian Succession Act governs all laws of the general succession. If the succession is Testamentary, the transfer falls under the statute referred to above. However, where there is no written will, the respective laws of each religion regulate the inheritance.

In particular, this Act monitors the succession of Hindus such as Jains, Buddhists and Sikhs. The Act extends to all persons, barring Muslims, Christians, Parsis and Jews.

Difference between HSA and ISA BASED ON INHERITANCE OF PROPERTY

The kind and character of property are irrelevant for devolution under the Indian Succession Act.

The character of the property, on the other hand, is an essential feature under the Hindu Succession Act 1956. Separate and joint family property are the two types of property that a person may own under Hindu law.

The Hindu joint family system governs joint families, which is unique to Hindus and has no counterpart anywhere. Thus, it becomes essential to determine whether the property is separate or joint in the event of the person’s death.

Property Division Rules In India as Per Indian Succession Act

Sections Of the Indian Succession Act

According to Section 59 of the Act, anyone of sound mind and is not a minor can make a Will.

Sections 33 and 34 (which cover points one through three in the preceding list) use the term “widow” rather than “spouse,” implying that the rules govern the devolution of a male intestate’s property.

Section 35, on the other hand, expressly states that the widower of a female intestate has the same rights in her property as the widow of a male intestate does in his. It means that the devolution scheme is the same for men and women.

Furthermore, using gender-neutral terms such as “kindred” and “lineal descendants” implies that male and female relatives get treated equally and that lineage through male and female lines is recognised equally. An intestate’s brothers and sisters have equal claims.

That is to say, a husband surviving on her wife’s property has the same rights concerning her property as a widow has in her husband’s property.

However, the Indian Succession Act falls short of being truly gender-neutral.

Sections 42 and 43 give priority to the father of an intestate over the mother. Nonetheless, the Indian Succession Act provides a valuable contrast to the Hindu Succession Act regarding equal treatment of men and women in the right to inherit and the devolution scheme.

A Will must be signed and attested by two witnesses per the requirements of the Indian Succession Act. The testator’s intent should be clear.

When applying for probate of a Will, the propounder of the Will must demonstrate that the Will genuinely got executed and that its execution was free of suspicious circumstances. If a person alleges undue influence, fraud, or coercion in executing a will, he must prove it.

Modes of Devolution of Property According to Indian Succession Act

The determining factor for title to succession is consanguinity, and affinity relations get excluded from the list of heirs.

Section 24 defines kindred, or consanguinity, as a connection or relation between people descended from a common ancestor. The contemplated relationship is the relationship resulting from lawful wedlock.

For this act, the son of one of the two illegitimate daughters of the same parents is not a nephew of the other.

In the case of Raj Kumar Sharma v. Rajinder Nath Diwan(AIR 1987 Delhi 323), the court held that Lineal descendants get defined as children born in lawful wedlock.

There are two types of consanguinity:

In the case of consanguinity, every generation counts a degree, ascending or descending.

In collateral consanguinity, the rule counts upwards from the deceased to the common ancestor and then downwards to the collateral relatives, calculating a degree for each person ascending and descending.

In other words, the rule is to add the degrees from both lines to find the common ancestor.

Section 27(a) states that relations on both the father’s and mother’s sides are of equal degree of kindred and thus equally entitled to succeed. Clause (b) does away with the distinction between full blood and half-blood.

In this case, it was held that the requirement of two witnesses per Article 63(1)(c) of the Indian Succession Act must undisputedly be attested to a will.

The court examined Section 69 of the Evidence Act. A will can get proved, i.e., The burden of proof can then be shifted to others by examining individuals who can confirm the testator’s or executor’s handwriting.

Personal laws abound in India, with each community having its own set of rules. The Indian Succession Act is more general in application and secular, but it is still not considered uniform succession law.

For example, the Hindu Succession Act, which is only applicable to Hindus, has retained traditional notions such as Joint Hindu Property. While the 2005 Amendment has improved women’s rights, it is still not gender-neutral.

India is a religiously diverse country, and our constitution stands secular. Keeping up with the plethora of succession laws, on the other hand, can be quite confusing and time-consuming for both the ordinary person and law enforcers.

As every citizen of India, regardless of religion, caste, or culture, is given equal recognition in fundamental rights, a uniform code of succession laws across all religions followed throughout the country would facilitate the understanding and enforcement of laws for both the ordinary person and law enforcers.

Is it necessary to ‘Notarise’ or “Register” a Will?

No, notarisation or registration of a will is not required. However, if needed, it can be done later after the execution of the will.

What are the advantages of notarising the will?

If the will gets registered with the registrar, it avoids questioning the authenticity of the Will.

Which properties/assets are permissible to mention in a will?

It is best to include in the Will all single/joint properties, wealth, assets, including movable, immovable, and intangible properties and assets.

Can a Will bequeath ancestral property or property received as a legal heir in the past?

Ancestral properties in which title/ownership legally transferred may get bequeathed through a Will.

Is it possible for a father to disown his child from his property?