Indian Trusts Act: Regulating of trusts and their operation 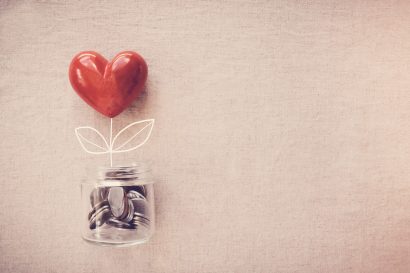 A trust is a relationship where the owner or trustor (i.e. first-party) of the property assigns its property to the trustee (i.e. second party) for the benefit of the beneficiary(i.e. Third-party).

Trust refers to a fiduciary relationship between two parties in which one party confers the right over property or an asset to another party.

Establishing trusts protects the trustor’s property or assets to distribute among the beneficiaries according to the trustor’s wishes.

It is mainly done to save time, hassle-free distribution, and avoid inheritance and estate taxes.

The interest of beneficiaries is written under the instrument of trust and is called a trust deed. A settlor executes a trust deed to constitute a trust.

As per the Indian trusts act 1882, section 3 trust gets defined as:

A trustee gets conferred with property rights and is responsible for distributing or dividing the On completion of the trust’s purpose, the trust gets dissolved.

The term trustee gets defined under this act as the person who accepts the confidence is called the “trustee” who enjoys the benefits of the property or the particular asset.

The beneficiary is the person for whose benefit the trustee holds the property or assets so that beneficiary gets benefited from it in the future. A beneficiary can be an individual or group of individuals.

The “beneficial interest” or “interest” is his right against the trustee as owner of the trust property.

An instrument by which the trust gets declared is called the “instrument of trust”.

Why should society get formed?

A society is an organised group of people who join to achieve particular purposes like promoting charity, education, literature, scientific work, etc.

Society has a democratic set-up with membership and an elected body to manage the society.

Societies are established and governed under the societies registration act 1860.

A minimum of seven persons is essential to incorporate a society to sign a memorandum of association and file it to the registrar of companies.

The memorandum of the association consists of all the required details of the society with its objectives signed by the consent of all the members forming the society.

A managing committee or governing council usually manages societies. These societies mainly get formed by memorandum of association. There is a minimum of seven people required to form a society.

Society is obliged to file a list of names, occupations, addresses of the managing committee to the registrar annually. It is also a non-profit organisation. It is an organisational body, and this body can be elected to manage it.

If any of the body members wants to exit the body, society prescribes a feasible procedure for the exit of its members.

The members of a society existing at the time of registration can be in the body according to their wish and can opt-out anytime, which trustees are not entitled to do so.

Dissolution of a society

A society will exist till perpetuity, but its members and objects can get changed. The consent of all partners can wind up a society.

A society can be dissolved easily with the consent of 3/5th of the total no. of partners. After the partners agree to dissolve the company, the settlement of claims and liabilities should occur promptly.

If any dispute arises between the governing body and members of society, then the matter should get referred to the principal court of original civil jurisdiction in the society’s jurisdiction.

Suppose any government is the member, sponsor or major contributor to a society registered under the society registration act. In that case, 1860, then, it cannot be dissolved without the consent of the concerned government.

A court can dissolve a society referred under section 13 of the act under the following grounds:-

Matters of profit after the dissolution

As per the societies registration act 1860, section 14, the members do not have the entitlement to draw profits from the property left out from settlement after the dissolution.

If any property is left out after settling all the society’s debts and liabilities, it will not settle upon its members. As per the provisions of this section, the left out or remaining property will go upon any other society, decided by the consent of at least three-fifths of the total number of members.

Why is it essential to form a Trust?

It requires mainly two members to form a trust, so even two family members can form a trust.

If the trustor wants the trustee to hold the office till the lifetime, then the election is not an option. There is flexibility and transparency in the division of benefits of the property and assets.

It is an arrangement between parties whereby one party confers the rights of his property and assets over another party for the benefit of any third party.

The private trusts are governed by the Indian Trusts Act, 1882 in India. The general laws apply to public trusts except for a few states, such as Gujarat and Maharashtra, which have state laws.

It is a non-governmental organisation and non-profit organisation working for charitable purposes and the welfare of society.

It gets constituted by a trust deed entered into by the trustor and trustee. And it prescribes the guiding principles for the division of benefits of the property among the beneficiaries.

It is easy to run a trust as there is no compliance to be made by a trust annually.

A private trust created may either be inter Vivos or ambulatory (revocable). And to dissolve or extinguish, specific grounds are essential, like:

A trust cannot get revoked unless it is expressly declared in the trust deed to be revocable at the time of its creation. The conditions based on which trust can get revoked are:

An irrevocable trust can get revoked with the consent of both the settlor/trustor and the beneficiary. If the trustor/settlor dies, the beneficiary’s consent is required, which should be done in the court of law.

Suppose a trust property is conferred to the trustee by a will created by the property owner. Then the owner is entitled to revoke the trust at any time during his lifetime. After the death of the settlor, the trust becomes irrevocable.

Key Differences between trust and society

There are noticeable differences between trust and society. These are:-

Private trusts are governed in India by the Indian Trusts Act, 1882.

The Indian trusts act 1882 defines trusts under section 3 of the act. Chapter II of the act also prescribes the provisions for creating trusts between trustor(s) and trustee(s).

It also mentions the rights and powers of trustees simultaneously with the duties and liabilities of trustees.

It prescribes the provision for disabilities of trustees and grounds for vacating the office of trustee.

Even the beneficiary has some rights and liabilities as per the provisions of this act.

Indian trusts act handles the creation of private trusts for the charitable purposes of designated beneficiaries instead of being used for public benefit.

Both the societies and trusts get recognised as legal entities as well as receive tax benefits.

A trust is a system of the relationship of a particular property or assets among trustor, trustee and beneficiary for donation, safekeeping and use of that property and asset.

Trust is a legal arrangement between parties while society is an association of persons, but both get formed to achieve similar objectives, i.e. charitable purpose.

Unlike societies, trusts are easy to constitute with a minimum requirement of two members only.

Trusts cannot easily get wound up, as it is revocable, but societies can get dissolved by prior permission of three-fifths members.

Indian trusts act prescribes the duties, liabilities and disabilities of trustees, in contravention of which trust agreement gets revoked.

FAQs Regarding Trust And Society

Who can create trusts?

Trusts can get created by a person competent to contract either on its own or on behalf of a minor with the permission of the concerned court as per section 7 of the Indian Trusts act.

How society gets formed?

A society gets formed by a minimum of seven or more people associated with promoting literary, scientific or charitable purposes enter their name in the memorandum of association and file it with the registrar of joint-stock companies.

Which section of the Societies registration act 1860 does not apply to Joint-Stock companies?

Section 14 of the societies registration act 1860.

Which section of the societies registration act 1860 applies to societies in existence before coming into force of this act?

Yes, section 95 of the trusts act

Trusts can receive foreign contributions after getting FCRA registration by the government's approval. Trusts should be in existence immediately preceding three years before applying for such registration.