All you would like to know about Industrial Dispute Act, 1947 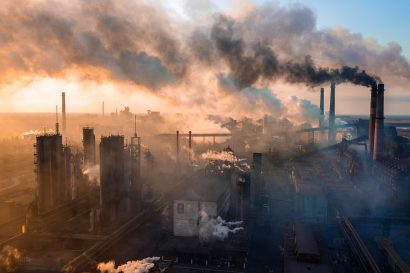 Regardless of a country’s state of financial development, policies governing dispute settlement are an integral component of any labour law framework.

It is because complaints and disagreements are unavoidable in any working relationship, and the goal of the policy is to provide procedures for successfully and speedily resolving these issues.

It also includes tools for conciliation, arbitration, and adjudication to encourage actions that foster mutually beneficial relationships between an employer and employee.

What is Industrial Dispute?

which get connected with any person’s employment or non-employment, terms of employment, or working conditions.”

Interest disputes are also known as economic disputes. In most cases, disagreements arise as a result of demands or suggestions for salary, benefit, or job security improvements or as a result of terms or conditions of employment.

Disputes over Unfair Practices in Industrial Relations are the most common labour dispute. Management frequently discriminates against workers because they are members of a trade union and participate in the organisation’s operations.

Unfair labour practices include putting pressure on employees when they exercise their rights to organise, participate in union activity, refuse to bargain, hire new employees during a legal strike, create an environment, commit an act of force or violence, or halting communication, among other things. Such conflicts can be settled by conciliation or through the standard procedure outlined in the Industrial Disputes Act of 1947.

The following are some of the negative impacts of industrial disputes:

Objectives of the Industrial Dispute Act

The Industrial Disputes Act aims to promote industrial peace and harmony by creating tools and procedures for investigating and resolving industrial disputes through negotiations. The ID Act 1947 also has the following goals:

The Industrial Disputes Act of 1947 applies to all industrial establishments in India that employ one or more workers. Conflicts encompass collective disputes or disputes supported by trade unions or a significant number of workers and individual disputes involving the termination of services.

Features of the Industrial Disputes Act

The main features of the Industrial Dispute act are:

Authorities under the Industrial Dispute Act

The Industrial Dispute Act specifies the authorities listed below:

As per the Industrial Disputes Act’s Section 3, if an industrial establishment employs or has employed 100 or more workers on any day in the previous twelve months, the appropriate government may order the employer to form a works committee composed of representatives of employers and workers employed in the establishment by ordinary or special order.

The relevant government will designate conciliation officials tasked with mediating and facilitating the resolution of industrial disputes.

These conciliation officers get assigned to a certain area or industry within a specific area, and their assignments can be permanent or temporary.

A board of conciliation should also get established to promote the resolution of industrial disputes. A board should have a chairperson and two or four other members, as determined by the competent government. On the parties’ recommendation, the chairman should be an impartial person.

The other member should be a person nominated in equal numbers to represent the parties to the dispute. If a party fails to provide a recommendation within the specified time, the appropriate government may nominate individuals who get qualified to represent the party.

A court incorporates two or more members; they will get selected as chairman. The competent government will form a court of inquiry composed of thirteen independent persons to investigate any related matter relevant to an industrial dispute.

One or more labour courts to judge industrial disputes involving any following entities.

The competent Government will establish one or more industrial tribunals by the announcement in the legal Gazette for the adjudication of industrial disputes relating to any of the subjects listed above, as in the case of the Labour Court, or the following matters, including:

Provision of Illegal Strike and Lockout

Strikes or lockouts get banned under the following situations, according to Section 24 of the Industrial Dispute Act:

The circumstances and statutory regulations determine the legality of a strike. Strikes will not be considered illegal:

Penalties for the Illegal Strike and Lockout

Any worker who continues to engage in illegal strikes as defined by Industrial Disputes Act will get sentenced to one month or more in prison, as well as a fine of Rs.1000 or both.

Any employer continuing to engage in illegal strikes as the act defines would get sentenced to one month or more in prison, as well as a fine of Rs.1000, or both.

The Industrial Disputes Act of 1947 is the most comprehensive legislation governing the development and management of labour disputes. The Act gives the Central Government and the Industrial Law Board a wide range of powers to monitor, regulate, and supervise the activities of the industries.

While the Act establishes internal and external bodies for dispute resolution and the prohibition of illegal strikes, lockouts, and unfair labour practices, it is critical to have effective internal processes to manage conflicts from a compliance standpoint.

External mechanisms typically necessitate a significant amount of work, expense, and time, resulting in a strained relationship between the company and the employee. As a result, having internal processes is desirable since it lowers the need for adjudication or other dispute resolution, resulting in a more pleasant working relationship that increases productivity.

When did the Industrial Dispute Act come into existence?

in 1947, the Industrial Disputes act came into existence.

The Industrial Dispute Act applies to which establishments?

The Act applies to establishments conducted with the assistance of workers and whose activity gets organised with or without profit.

Under which section, the works committee get established?

Under which section, the conciliation officer get appointed?

Under which section, Labour Courts get established?