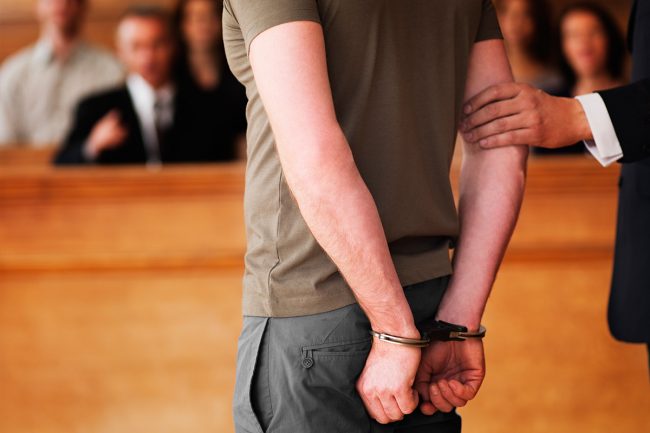 IPC (IPC full form Indian Penal Code) is the skeleton of the Indian criminal justice system. The Indian Penal Code 1860 is the main criminal code of India. Enacted in 1860, it is a comprehensive code designed to meet all substantive features of criminal law. The Act came into force in the year 1862 and since then amended many times. At present, the Act is enhanced by other criminal provisions. The Act was drafted on the recommendations of the first law commission established under the chairmanship of Lord Macaulay in 1834.

IPC SECTION 1: Title and extent of operation of the Code

This Act shall be called the Indian Penal Code, and shall extend to the whole of India except the State of Jammu and Kashmir.

Note: The central Acts which were applicable to the rest of India before the Abrogation of Article 370 is now applicable in the Union territory of Jammu and Kashmir.

Elements that constitute a crime

The two elements that constitute a crime are mens rea and actus rea (criminal act + intention).

Mens Rea: Mens rea (criminal intent) is the guilty thought or mind. This means an intention to do something wrong like murder or theft. Mens rea is a necessary element to constitute a crime whether voluntary or purposeful. It is also defined as the defendant’s state of mind while committing an offence. It is also a necessary component to prove the criminal act in a court of law.

‘Actus non facit reum, nisi mens sit rea’: An act does not make anyone guilty unless there is criminal intent or a guilty mind. It means without mens rea, there is no crime.

These are important sections of IPC.

SECTION 53: KINDS OF PUNISHMENTS IN IPC

“Acts done by several persons in furtherance of common intention”

When a criminal act is done by several persons in furtherance of the common intention of all, each of such persons is liable for that act in the same manner as if it were done by him alone.

EXPLANATION: The provision lays down the principle of joint liability. It is a substantive offence under section 34. The Apex court has given a dimension to section 3 in the case of Shyamlal Ghosh v. State of West Bengal that it is a pre-oriented plan and acting in pursuance to the plan.

EXPLANATION: Every member of an unlawful assembly is held liable for any criminal act done in the prosecution of a common object.

Whoever cheats and thereby dishonestly induces the person deceived to deliver any property to any person, or to make, alter or destroy the whole or any part of valuable security, or anything which is signed or sealed, and which is capable of being converted into a valuable security, shall be punished with imprisonment of either description for a term which may extend to seven years, and shall also be liable to fine.

EXPLANATION: Cheating is a criminal offence. It includes cheating by the dishonour of cheques, cheating by breach of contract, forgery etc. A person who commits the offence of cheating is legally responsible under section 420 IPC. When an offence of cheating and dishonestly inducing delivery of property under section 420 of the Indian Penal Code is committed, the person committing the offence shall be punished with imprisonment of 7 years and a fine. The punishment depends upon the seriousness of the crime.

Section 506 IPC states that Whoever commits, the offence of criminal intimidation shall be punished with imprisonment of either description for a term which may extend to two years, or with fine, or with both;

Remarkably, S. 506 IPC punishes the offence of criminal intimidation that is defined in Section 503 IPC as under:

A threat to injure the reputation of any deceased person in whom the person threatened is interested, is within this section.

Section 375 defines rape as sexual intercourse with a woman against her will, without her consent, by coercion, misrepresentation or cheating or at a time when she has been intoxicated or is of unstable mental health and in any other case if she is below 18 years of age.

The offence is rape if it falls below the provided categories:

First: Against her will.

Second: Without her consent.

Thirdly- With her consent, when her consent has been obtained by putting her or any person in whom she is interested in fear of death or of hurt.

Fourth: With her consent, when the man knows that he is not her husband and that her consent is given because she believes that he is another man to whom she is or believes herself to be lawfully married.

Fifth: With her consent, when, at the time of giving such consent, because of unsoundness of mind or intoxication or the administration by him personally or through another of any stupefying or unwholesome substance, she is unable to understand the nature and consequences of that to which she gives consent.

Explanation- Penetration is sufficient to constitute the sexual intercourse necessary to the offence of rape.

In the case of Mukesh & Anr. Vs. State for NCT of Delhi & Ors., the Supreme Court declared the death penalty to four of the accused among six. The minor boy who was a juvenile at the time of committing the offence was convicted by the Juvenile Justice Board. He was sent to the correctional home.

What is the difference between sections 375 and 376 of the Indian Penal Code?

Section 375 defines rape and its grounds. Section 376 prescribes the punishment for rape.

What are the different stages of the crime?

What is Culpable Homicide?

What are the ingredients of Abetment to suicide?

Section 306 of the Indian Penal Code provides for the offence of Abetment of Suicide. It provides -“If any person commits suicide, whoever abets the commission of such suicide, shall be punished with the imprisonment of either description for a term which may extend to ten years and shall also be liable to fine.