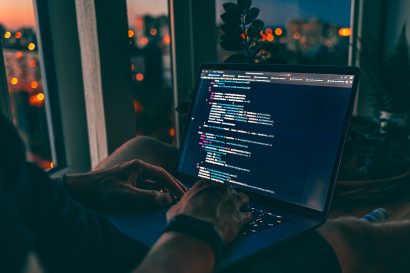 When everything is moving towards an online platform in the digital era, it’s essential to safeguard and provide legal recognition to the e-documents. The Information Technology Act, 2000 recognises the transaction carried by the electronic media. The IT Act 2000 was enacted on June 9, 2000, and enforced on 17th October 2000. The IT Act, 2000 deals with cybercrime and electronic commerce in India. It is a legal framework for electronic governance and the recognition of electronic records and digital signatures. The IT Act is also popularly known as Cyberlaw.

Cyberlaw or Internet Law is the area of the law that deals with the crimes committed using the internet. It involves cyberspace, intellectual property, contract, privacy etc., and Cyber Law legally recognises the e-documents.

Cyberlaw deals with cybercrimes. A surge in the use of the internet has increased the cyber crimes committed in recent years. To regulate cybercrime, it was necessary to bring cyber law.

Cybercrimes are offences that are related to the computer, network or internet. Cybercrimes are illegal activities that occur on a networked device. Online and network attacks, extortion, hacking, harassment, stalking are all included in cybercrime. Cybercrime gets reported through the Cyber Crime Portal.

The IT Act, 2000 deals with the activities related to cybercrime and various acts as cybercrime. The IT ACT, 2000 also provides punishment for such offences and the Indian Penal Code.

The first draft regarding cyber law gets drafted by the Ministry of Commerce. The draft was known as the E-Commerce Act, 1998.

The draft got redrafted in the year 2000. The Minister of Information Technology, Pramod Mahajan, finalised and passed it in 2000. It was approved by President K. R. Narayana on 9 June 2000. The original IT Act contained 94 sections divided into 13 chapters and four schedules.

The Objective of the Information Technology Act 2000 are:

Section 1(2) of the Information Technology Act, 2000 states that the Act applies to the whole of India.

Section 75 of the IT Act provides for the extra-territorial jurisdiction of the State, irrespective of the person’s nationality.

Section 1(4) of the Information Technology Act, 2000 applies to documents mentioned in the First Schedule of the Act.

The Documents mentioned in the First Schedule of the Act are:

The Information Technology Act, 2000 has 90 sections divided into 13 chapters, and it also has two schedules.

Sections of Information Technology Act, 2000 are divided as follows:

As per the IT Act, 2000, Section 2(p), a digital signature authenticates an electronic record sent by a subscriber in an electronic manner or procedure according to the provisions of section 3.

Section 3 of the IT Act, 2000 provides provisions for the Authentication of Electronic Records. According to Section 3, the provisions are:

When any law provides that a document can only get authenticated when it has the signature of a person. If the document contains a digital signature in the manner notified by the Central Government, it is considered signed and fulfils the law requirement.

Steps for applying for a Digital Signature Certificate

Following are the steps to apply for a digital signature certificate:

An electronic signature gets reliable when:

Appointment of Controller and Other Officer (Section 17) of IT Act, 2000

Controller to act as a repository (Section 20)

Any person can apply to obtain a licence to issue a digital signature certificate. A controller can issue a licence if the applicant fulfils the requirement specified by the central government. A licence granted under the said section is valid for the period prescribed by the Central Government and is not transferable or inheritable. Also, the licence is subject to the terms and conditions of the regulation.

The IT Act 2000 establishes the Cyber Appellate Tribunal.

The Central Government can only appoint one person in a tribunal, and the person is the presiding officer of the cyber appellate tribunal.

To qualify for the appointment of Presiding Officer at the cyber tribunal, a person should fulfil the following conditions:

The term of an officer of the presiding officer of an Appellate Tribunal is Five years from when he joins the office or till he attains the age of 65 years, whichever is earlier.

Offences and Penalties under IT Act, 2000

Following offences and penalties are provided by Information Technology Act:

Types of Cyber Crimes under IPC

The following sections of the Indian Penal Code, 1860 provides punishment for cyber offences:

The IT Amendment Act of 2008 is considered an essential amendment of the IT Act 2000, passed on 22 December 2008. The IT Act, 2008, introduced section 66A and Section 69. This amendment introduced provisions related to pornography, child pornography, cyber terrorism and voyeurism.

The IT Act, 2000 was enacted after UNCITRAL model law was adopted. It provides a legal framework for electronic governance by recognising electronic records and digital signatures. The IT Act, 2000 defines cyber offences and punishment for such crimes. Cybercrime can be reported online on the cybercrime portal.

The establishment of a cyber appellate tribunal and the controller and certifying authority by the act is the main feature of the act. The Cyber Appellate Tribunal resolves the matter in six months and lowers the burden of high courts.

FAQs Regarding IT Act

What are the cyber offences related to intellectual property?

Following are the cyber offences that are related to intellectual property:

Can a complaint be registered online in case of a cyber offence?

Yes, a complaint against a cyber offence can get filed on the cybercrime reporting portal.

What do you mean by a private key?

The private key is a key pair used to create a digital signature.