What is in Jammu and Kashmir Reorganisation Act 2019 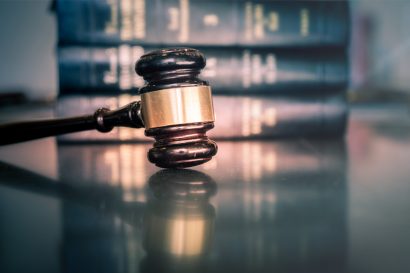 For the successful implementation of the reorganization scheme, Rajya Sabha introduced the Jammu and Kashmir Reorganisation Bill, 2019, on August 5, 2019, through the Minister of Home Affairs. In furtherance to the said Bill, the Union Government repealed Article 370 along with Article 35A.

The Bills attempting to reorganise, split and carve a new state is quite common in India. However, changing the status of an erstwhile state to a Union Territory happened for the first time.

Despite the unanimous support of the Bill, the sudden announcement left the public and opposition astounded. Further, putting the chief politicians of the valley under house arrest and the shutting down of the internet and other communication mediums attracted heavy criticism.

The hurried attempt to introduce the Bill led to the flagrant tossing of required rules and procedures. Neither the Bill found any mention in the list of the business for the day nor attracted any deliberation and discussion.

The Jammu and Kashmir Reorganisation Act, 2019, reconstitute the State of Jammu and Kashmir. The disputed region is divided into two union territories (UTs), namely, Jammu, Kashmir, and Ladak. The said Act contains 103 clauses and repeals 153 existing laws along with Jammu and Kashmir Legislative Council. Further, 106 Central Laws are now applicable to the UT.

The act empowers the central government to enact executive orders concerning both the union territories. The act’s constitutional validity and the enactment has been questioned in court through the issue of the enormous petition. Therefore, a series of modifications of existing legal provisions are getting witnessed in the valley.

Before the reorganization Bill, Jammu and Kashmir consisted of the disputed region of Kashmir. The disputed territory would get protected by Article 370 of the Indian constitution, which gave it a special status.

Unlike other Indian states, the State of Jammu and Kashmir enacted its own Constitution and other substantial laws. Hence, enjoying higher degrees of administrative autonomy. They maintained their criminal codes and land laws. Citizens from other Indian states could not buy land or property here.

The Article even immunized the State of J&K from the applicability of the laws and amendments applicable to other states. The article guaranteed space with regards to the governance of the people of Jammu and Kashmir. The citizens here have always felt vulnerable and insecure about their identities and the future.

However, After the dissolution of Article 370, many Constitutional Acts and amendments got extended to the valley. A total of 94 items of the Union List were made applicable to J&K even before Reorganisation Act’s enactment.

The reformation led to the substantial reduction of the competence field of Jammu and Kashmir. The state lost its control over the state police. Even on the financial front, the state now depends heavily on the Center for the devolution of funds. It is no longer a financially autonomous state. The Assembly could only frame legal provisions on issues contained in the State and Concurrent Lists. The state could not exercise power over public order, police and trade and commerce.

It could be a welcome change for Ladakh as the region has suffered tremendously for over seventy years. The new status of a Union territory would boost development in the region and increase the employment rate in the region.

There might be reservations for Scheduled Castes and Scheduled Tribes in Jammu and Kashmir for the first time. As a part of a broader scheme of extending nationwide reservations, the new amendments shall make it possible.

For instance, the 2005 Hindu Succession Act amendments that gave women equal inheritance rights as men shall now get observed in J&K.

The procedure opted by the Central government to railroad its hold and position on Jammu and Kashmir through the Rajya Sabha got perceived as hasty and stealthy. The move gets openly criticised as it impacts the ethos of federalism, parliamentary democracy and diversity.

Another point of criticism is no prior discussions. The act of the central government passing the legislation without prior consultations has set a new low.

The exercise of getting Article 370 of the Constitution effectively abolished would get marked by executive excess.

No participation of locals

The process of changing the constitutional status of a disputed border State has been achieved without any legislative input or participation of locals.

Considering the cross border dispute amongst India, Pakistan and China over the Kashmir region, the valley got awarded special status to protect its people. But, the Centre’s prompt move deprived them of this legal right on the said matter and significantly affected their life and sentiments. Thus, such a special status of J&K could get ended only with the concurrence of its people.

The reorganization was forced by a massive military build-up and the house arrest of senior ruling legislators. The internet ban and the communication shutdown leading to the gross violation of fundamental rights have attracted serious criticism since its enactment act is crowded with controversies and loathed by the valley’s locals.

Is RTI applicable in the region of Jammu and Kashmir?

Yes, the enactment of the reorganisation Act makes the RTI possible, which got banned due to Article 370.

As per the new Act, how much reservation did the minorities in the valley get?

What was Article 35A?

Article 35A defined the permanent residence of the State of Jammu and Kashmir and defined their rights and privileges.

If the Kashmiri woman marries out of the state, will she lose her rights?

As per the Reorganization Act, such a woman shall not lose her rights or citizenship?

Which penal code gets applicable to the valley?

After enacting the Reorganization Act, The Indian Penal Code 1860 applies to both the union territories of J&K and Ladakh.