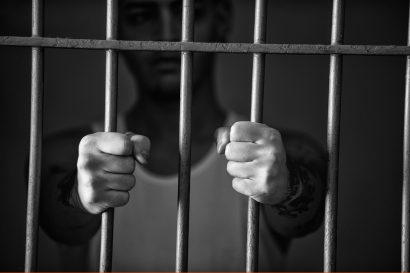 Punishments for crimes committed by anyone should be proper and accurate so that it not get repeated. While the criminal justice system punishes offenders above 18 years for their crimes, the Juvenile Justice Act 2015 works for offenders between 16 and 18.

The act’s sole purpose is not to impose punishments but to rehabilitate minor convicts for the grave crimes they execute. It especially gets done with the idea that criminals aged between 16 to 18 are victims of unawareness, naivety and lack of judgement; hence, to guide them in a proper direction before penalising them is the goal.

To make the statute purely authentic, the support in terms of provisions extended to this act by the Constitution of India, where the core idea revolves around granting freedom to children from abuse and exploitation, is as follows:

The Juvenile Justice Board, as mentioned in the statute.

Section 4 of the Juvenile Justice Act 2015 speaks about:

Section 7 of the Juvenile justice act 2015 focuses on:

The constitution of the board under the juvenile justice act, 2015

To regulate issues dealing with the children engaged in criminal activities, a bench of the following under the statute gets created:

Positioned in any district, the Juvenile Justice Board has the power to deal with matters:

The high court or the children’s court can exercise these powers when cases falling in the ambit of Section 19 appears before them in an appeal, revision or any other kind of form.

When the board deals with a child in conflict with the law, as per their power vested in them, they can hold an inquiry based on the provisions mentioned in the statute.

As per sections 17 and 18 of the Juvenile Justice Act 2015, they are also allowed to pass orders keeping in mind the statute.

The board has the power to dive into grave offences committed by minors as per section 15. Deciding whether the crime is heinous or not must be done within three months from the date the child is put before the board.

Functions of the Board as per the Juvenile Justice Act 2015

The functions of the board as per the Juvenile Justice Act 2015, includes

From keeping an eye on child care institutions dealing with children in conflict with the law to deciding the result of such cases, the Juvenile Justice Act 2015 is a medium through which regulating the rights of children aged 16 to 18 is made proper.

The statute solely gets created because children in conflict with law must be dealt with utmost attention, care and safety rather than how adult criminals get treated.

The goal of the juvenile justice board, as per the statute, is to deal with minor criminals in the best way possible so that instead of furthering their mindset into the dark hole of crime, they can get guided towards a healthy and safe future.

FAQs Regarding Juvenile Justice Board

What is the period to present a child in conflict with law before the juvenile justice board?

How long can an adolescent stay in police custody?

12 hours for non-violent offences, 24 hours for violent one

Which case decided that the juvenile legislation must be supreme no matter the intensity of the offence?

Which chapter of the statute deals with adolescents in conflict with the law?

What is the tenure of the justice board members