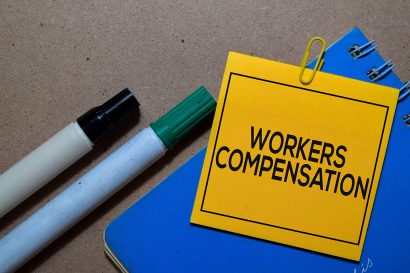 Who is a Workman?

The Workmen Compensation Act of 1923 is an employee compensation act that requires certain types of companies to compensate their workers or workmen in the event of an accident or injury. Employees and their families are entitled to damages if they are disabled or die due to an accident or injury caused by their job. It also requires employers to compensate employees who get certain occupational diseases due to their job.

The act applies to those who work in plantations, factories, building sites, mines, mechanically propelled vehicles, and other dangerous occupations. It also covers railway employees and those employed in similar capacities.

Workers’ compensation payments are based on their age, the type of injury, and their average monthly salary.

However, for death and disability, the minimum and maximum compensation rates are fixed, subject to regular revisions. If a worker demises on the job, the employer is obligated to compensate the workers’ dependents.

In India, the Ministry of Labour and Employment established the ‘Social Security Division,’ which is in charge of developing and enforcing social security policies for workers. It is also in charge of enforcing the Workers Compensation Act in India. However, the legislation gets administered by the various state governments through Workmen’s Compensation Commissions.

The reasons why all employers should get workers’ compensation or labour insurance coverage are as follows:

The workmen’s compensation or the labour insurance policy provides coverage for the following:

Who is dependant on the Workmen Compensation Insurance

The dependant on labour insurance includes:

Injuries incurred in war and invasion

An employer is not responsible for an employee’s injury, death, or disability caused by war, assaults, invasions, or other events. As a result, employers do not need to settle for connected contingencies in the event of conflicts or assaults.

Injury due to terrorist activity in the office premises

The remuneration includes fees paid to third parties who are neither employees nor employers. When third-party contractors or labourers sustain an accident, disability, or death, the WCP will not give coverage. It is because these people are not full-time employees of the organisation.

Attempt to suicide or self-harm

The coverage does not cover the employee’s self-inflicted injuries or suicide attempts, and it only covers unintentional injuries and not deliberate ones.

Injury when suffered from intoxication.

Under the WC policy, injuries or disabilities sustained during working hours while under the influence of drugs or liquor are not admissible.

Any form of injury, death, or disability suffered by an employee outside of the scope of their employment is not covered by the insurance. The company is not accountable for any bodily injury that workers sustain outside of work.

Compensation for Injuries payable by the employers under an agreement

Some businesses engage in a contractual arrangement with their employees to pay them for specific injuries that may arise during their job. If the claim and payment are made through contractual agreements, the WP will not settle the claim or make payment. A contractual death benefit is one such benefit.

The essential documents for labour insurance or workmen compensation policy include:

Applicable to all Types of Claims

In labour insurance, the amount of compensation depends on certain factors. Like:

The Workmen’s Compensation Act of 1923 got enacted to provide labour insurance or compensation to employees injured during their employment due to an accident. This act assures that workers’ rights are protected even if they suffer a disability or die from an accident at work. As a result, employers need to compensate employees who have sustained injuries that have resulted in death or disability while on the job.

What is the objective of The Workmen Compensation Act?

The Workmen's Compensation Act of 1923 got enacted to compensate workers in the case of an accident.

According to the Act, employers should have duties and obligations that include workers’ well-being following an accident caused by their employment, just as they have reserved the right to make profits. The Act's goal is to ensure that workers enjoy a stable existence after an accident on the job.

What treatment do injured workers receive under labour insurance?

Workers who are injured receive all medically necessary and acceptable treatment. With medical prices skyrocketing, several states have implemented cost-cutting initiatives. These include management standards for certain injuries, including appropriate treatment regimens and diagnostic testing.

When is an employer liable to render compensation to an employee?

Who is eligible for the Workmen Compensation Act?

Every employee (including those hired through a contractor but excluding casual employees) employed for the employer's business and sustains an injury in an accident arising out of and in the course of his employment gets entitled to compensation under the Act.