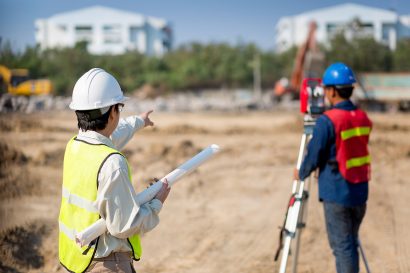 The government can buy private land for infrastructure development, urbanisation, or industrialization through a procedure known as land acquisition. In exchange, the government would give the landowner adequate compensation based on market value and be accountable for the resettlement and rehabilitation of the affected landowners.

The Land Acquisition Act of 2013 supervises and regulates the whole land acquisition process. The Act establishes a framework for delivering adequate compensation to landowners, increasing transparency in the system, and directing the government to rehabilitate people who have had their land taken away.

History of Land Acquisition in India

The land is a part of the physical environment required by all living organisms. Animals find their home in forest land, while land requirements for humans are gigantic. Humans need land for agriculture, housing and industrialisation.

It has become impossible to fulfil the land requirements with the escalating population. There’s a need to strike a balance for sustainable usage of land.

At the beginning of civilisation, when the land was the sole means of income, certain social groups administered and managed land distribution. They regulated the distribution of “Common Property Resources (CPRs)” and earned their livelihood through its management. Hence, it was the beginning of the generation of land rights.

With the advent of the British in India, land laws in India witnessed radical changes. They scrutinised the land ownerships by conducting surveys and introduced the concept of “Individual Ownership”. The properties that belonged to none belonged to State and hence, called “State’s Property”.

The British Government enacted various land acquisition acts to benefit the royal treasury to gain an impregnable hold on the land. They promulgated witty schemes to acquire the lands belonging to the people pursuant of fiscal settlements in the name of socio-economic development.

Therefore, Land Acquisition refers to the government’s authority (State or Central) to amass private lands for industrialisation, urbanisation and infrastructural needs by compensating the landowners.

Most talked over land acquisition acts are:

Now, the institution of the railways made the acquisition of land necessary. The Bengal Regulation Act 1824 provision extended to the Calcutta Presidency for attaining easy possession of the land under a new enactment Act I of 1850.

Besides, the British Government promulgated specific provisions on land acquisition for railways, highways, tramways and others.

Since then, the Act of 1894 acted as the principal enactment for compulsory acquisition. But, the landmark judgement of Kesavanand Bharati vs State of Kerela highlighted the likelihood of the provisions of the said Act contradicting the Right to Property.

The 44th Amendment remedied the situation and upheld its validity based on public good and provision of adequate compensation.

However, after various amendments over a century, the Right to Fair Compensation and Transparency in Land Acquisition, Rehabilitation and Resettlement Act 2013 finally repealed the Act of 1894.

The Act aimed to provide adequate compensation for rehabilitation and resettlement. Further, the act laid down an appropriate procedure for acquiring land after examining the Social Impact Assessment Report.

Some of the essential sections of the Act are:

Difference between Land Acquisition Act 1894 and 2013

The failure of the 1894 Act led to the formation of 2013. The differences between the two includes:

Right to Fair Compensation and Transparency in Land Acquisition Bill 2015

The deceptive and bogus land act of 1894 exploited the affected people to large extents. To safeguard their interest, the Congress Party enacted the Land Act of 2013.

The Opposition perceived the said act as unrealistic and far-fetched. Therefore, the Right to Fair Compensation and Transparency in Land Acquisition Act 2015 are significant amendments to the Act of 2013. The harsh amendments raised massive protests and hence was called ‘Anti-Farmer‘.

The Act called out for following amendments:

Prior Consent and SIA Report

The amendment named the five sectors where, while acquiring the land, prior consent of affected families and the preparation of SIA report gets exempted. These sectors are:

The amendment exposed the fertile agricultural land to be acquired effortlessly. The particular provision made the farmers vulnerable as it rendered them incapable of protecting their lands from the sharp claws of industrialists. Hence, the amendment got claimed to be ‘Anti-farmer‘.

To widen the scope of acquisition by the private bodies, the amendment replaces the term ‘Private Company’ with ‘Private Entity’, enabling the partnerships concerns, sole proprietors, societies, trusts and others to acquire the land, which was not possible in the previous acts.

Tehri Dam is one of the most controversial hydroelectric projects. It got proposed to be built on the Bhagirathi River, the main tributary of river Ganga. Approximately, the government acquired the area of the entire Tehri town and 112 villages for it. Estimated, the land of around 100,000 people submerged for the success of the said project.

‘Hanumantha Rao Committee’ was set up to look into the matter. It made the following claims:

Every basic need of humans is associated with the land. The limited land area leads to a challenging situation where decision making becomes difficult. The land requirements for industrialisation is as much essential as it is for urbanisation. Hence, while taking such decisions, the authorities must thoroughly study the situation to apply its judicial mind.

Even though people can own their private property, the government could repurchase the property for the greater good. It is known as Land Acquisition. Over the years, a couple of acts were enacted to regulate the procedure of land acquisition.

The acts introduced so far haven’t proved to be successful. The prejudice often hampers the formulation of the sustainable land act. But, it is a must to perceive the interest of displaced people as the primary concern and formulate the policies accordingly.

Since Independence, a series of laws in the said regard got promulgated, but each time a project of importance is undertaken, protests arise. Hence, highlighting the loopholes in the system and insufficiency of the provisions so formulated.

Can an individual own private property in India?

Yes, Article 300 A safeguards their interest.

Is it possible for the government to acquire land from the public?

The Land Acquisition Acts empower the government to do so.

What is the primary concern of the Land Acquisition Act?

To compensate the displaced families.

Which is the most controversial land acquisition project?

Is the SIA report beneficial?

Yes, the SIA report evaluates the social impact of a project. Therefore, it acts as a deciding factor.