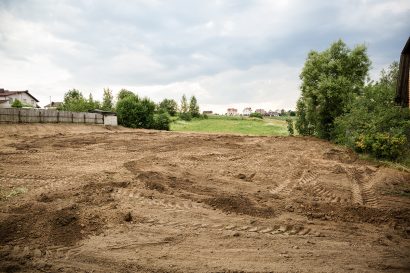 One of the first issues of the newly independent India was land reforms. As a country whose economy primarily gets based on agriculture, the leaders of independent India had to ensure that the land was not held by the wealthy and that there was an equitable distribution of land to reduce economic disparities by minimising inequalities in land ownership and income.

Land reform necessitates the redistribution of agricultural land in India if the distribution is unequal or not equitable. Taking extra lands from large holdings and redistributing them among the landless and small landholders is one strategy to minimise inequality. The Land Ceiling Act is a method for achieving this goal.

An overview on Agriculture Land and Ceiling Laws in India

Land reform efforts in India have a long history. In the 1960s, 21 states passed land reform laws to redress India’s historical land ownership disparities following independence. The revisions sparked demonstrations in Karnataka and Gujarat from landowning and landless farmers groups, who requested to repeal the amendments, and surplus land gets prioritised for the landless.

The regulations established a “ceiling” on how much land an individual or business may own, allowing the government to redistribute surplus land to the landless. Even though land reform goals have not been accomplished, the new amendments reversed these protections

States should cut land limitations and distribute surplus land to the landless poor, according to a draught National Land Reforms Policy released in 2013. However, because the land is a state topic, state governments are not bound by suggestions from the central government. Only major enterprises will benefit from these revisions, even among the beneficiaries of these amendments, such as industries and real estate developments.

What is Ceiling on Land Holdings?

Ceiling on Land Holdings refers to a legislative limit on the amount of land that a single farmer or farm household could own. The aim of imposing such a ceiling was to prevent land concentration in the hands of a few.

In 1942, the Kumarappan Committee proposed the maximum land size that a landlord could hold. It was three times the value of the economic holding or enough to maintain a family.

All state legislatures had passed the land ceiling legislation by 1961-62. The ceiling restrictions, however, varied by state. To create uniformity among jurisdictions, a new land ceiling act was developed in 1971.

In 1972, national guidelines were created, with ceiling limits that varied by region, depending on the type of land, its productivity, and other factors.

The best property was 10-18 acres, second-class land was 18-27 acres, and the rest was 27-54 acres, with a somewhat higher limit in the hill and desert areas.

The state was meant to use these changes to identify and seize control of surplus land held by each household (above the ceiling limit) and redistribute it to landless families and households in other defined groups, such as SCs and STs.

Reasons for poor progress of Land Reforms in India

The planning commission, as per the land ceiling act, has enumerated the following reasons for the poor progress of Land Reforms in India:

A Lack of Credible Records

The lack of concurrent evaluation and reliable records is the most significant impediment to land reform progress. The reporting system is weak and irregular after forty-five years of land reforms.

At no point has there been a systematic appraisal of progress at regular intervals. There are no attempts to conduct a full concurrent review. With purposeful mala-fide purposes, incorrect records are kept. As a result, it is impossible to identify roadblocks to land reform implementation.

Another stumbling block to land reform is a lack of financial support, and the Five Year Plans did not allocate any funding specifically for financing land changes.

Many governments refused to include expenditures for such critical elements as survey preparation and record-keeping in their plan budgets. As a result, the lack of proper fiscal assistance in whatever form is largely to blame for the poor implementation results.

A lack of an Integrated Strategy

Another reason for India’s land reform failures was a lack of an integrated approach, which included, among other things, the abolition of intermediary tenures, tenancy changes, and holdings ceilings. There is a lack of coordination in the programmes. It denotes the separation of land reform programmes from the rest of the economic development agenda.

In almost all states, the revenue administration executes land reforms. One of its many functions is to implement land reforms. On the other side, maintaining public order, collecting land tax, and other regulatory functions were given full attention. As a result, land reform does not receive the attention it deserves.

Legal issues and limits also obstruct the country’s implementation of land reforms. The land reform laws were flawed in several ways; some loopholes were purposefully created, while others were the product of sloppy design.

The main issue is that land reform beneficiaries do not represent a cohesive social or economic group. In such circumstances, it’s no surprise that there hasn’t been any pressure from below to push for the successful implementation of land reforms.

Absence of Political Will

The revenue administration is solely responsible in all states for implementing land reforms. However, it is sad that the administrative staff’s attitude is quite apathetic, and even their behaviour is frigid. Landlords have a strong influence over village functionaries such as patwaris, Karamcharis, Karnams, Sombogs, and so on, and they have, in reality, been uncooperative.

What is the purpose of the Land Ceiling Act?

The act’s primary purpose was to prohibit land hoarding or excessive land ownership in urban agglomerations by a few people, allowing for proper distribution and consistent development of all urban sectors.

The other objectives of the urban land ceiling act are as follows:

Exemptions under the Urban Ceiling Act

Section 20 of the Urban Land (Ceiling and Regulation) Act, 1976 provides the provisions to exempt under the land ceiling act.

If the State Government is satisfied at any time that any of the conditions subject to which any exemption under clause (a) or clause (b) of sub-section (1) gets granted is not being met by any person, the State Government may withdraw such exemption by order after giving such person a reasonable opportunity to make a representation against the proposed withdrawal, and the provisions of this Chapter shall apply accordingly.

Reversal of Land Reforms in India

The prior land ceiling regulations already included exemptions, resulting in a small fraction of land being deemed surplus and allocated. The amendments represent an apparent reversal of land reforms, and these amendments came after states undercut land reform laws through exclusions and inaction. As of 2015, 4.9 per cent of the entire population held one-third of India’s agricultural land, and a major landowner typically possessed 45 times the extent of land that a poor farmer did.

Tamil Nadu, Gujarat, West Bengal, and Maharashtra have among the highest rates of landlessness among Dalits, owing to changes in their land reform legislation. Many landowners in Tamil Nadu’s lush Cauvery delta region illegally sold excess land to private entities rather than handing it over to the government to allocate to Dalits.

The state administration issued an order in November 2020 to regulate all such illicit transactions. At the very least, the ceiling laws assured that agriculturalists were present in the agricultural setting. Farmers may get marginalised as a result of these reforms.

The Agricultural land ceiling act has surpassed its usefulness. Even though the initial redistribution scheme from the zamindari era was the expected goal, that time has gone. It allowed landowners to alter land records, resulting in false and fraudulent land partitioning among societies. The area declared excess is substantially smaller than the predicted excess, owing to various exemptions given by ceiling rules.

The agricultural structure was largely unaffected by the operation of the ceiling act. Exemptions for orchards, grazing property, farms, gaushalas, religious and educational trusts, sugarcane plantations, tanks, and fisheries have rendered the ceiling regulations primarily obsolete. Even if the land was taken away from them, it could not be distributed to the per cent landless.

For a variety of reasons, land redistribution efforts have had limited effectiveness. They have frequently deprived the farm of the prior landlord’s contributions without offering a replacement. They have stifled labour mobility by providing peasants with a stake in the land, perhaps in the shape of an inefficient mini-farm. They frequently posed a threat to huge, efficiently run farms and compromised. They have compensated for the expropriated land, leaving wealth and income distribution substantially unaltered.

FAQs on the Land Ceiling Act

When was the Urban Land (Ceiling and regulation) act introduced?

Why was the land ceiling act introduced?

The land ceiling act got introduced because the leaders of independent India had to ensure that the land was not held by the wealthy and that there was an equitable distribution of land to reduce economic disparities by minimising inequalities in land ownership and income.

What is the ceiling?

Ceiling gets described as how much land an individual or business may own, allowing the government to redistribute surplus land to the landless.

What was the primary purpose of the land ceiling act?

The act’s primary purpose was to prohibit land hoarding or excessive land ownership in urban agglomerations by a few people, allowing for proper distribution and consistent development of all urban sectors.