Proposal to Legal age of marriage in India 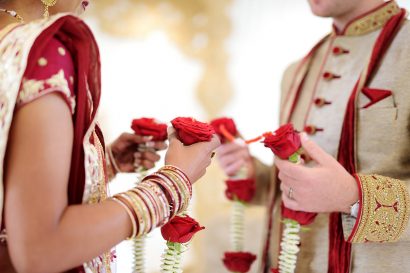 On the 74th anniversary of India’s independence, Prime Minister Narendra Modi stated that the government would have to consider the minimum age of marriage for girls, based on a suggestion from a committee made by the Union Ministry of Women and Child Development. The explanation is related to the evolution of the legal marriage age for girls. As a result, the girls will no longer suffer from malnutrition/undernutrition and marry at a suitable age.

Legal age of marriage in India

In India, the legal age of marriage refers to when a person gets legally entitled to marry, either at a legal age or as a minimum age subject to parental, religious, or other types of societal acceptance.

The age and other conditions for marriage vary by jurisdiction, although the age of majority gets used in the vast majority of cases. Nonetheless, most countries permit marriage at a younger age with parental or court approval, and some further permit adolescent marriage if the female is pregnant.

Marriage is usually performed at the age of 18 for girls. However, there are exceptions, some of which are higher and others are lower. Although they may be the same in many locations, the age of marriage should not be confused with the age of majority or consent.

Government proposal to increase the legal age of marriage in India

The Ministry of Women and Child Development established a Task Force in June 2020 to investigate the relationship between marriage age and motherhood – specifically maternal death rate and nutrition – to make legislative proposals by the end of July 2020. The idea included raising the minimum age for girls to marry from 18 to 21 to delay the birth of their first child. So, as per the proposal, the bill was passed by the cabinet, and the legal age of marriage would be increased from 18 to 21 once it becomes a law.

The government proposed to raise the minimum legal age of marriage in India for young women from 18 to 21, with the motto of postponing motherhood, enhancing nutritional levels among young moms, and lowering maternal mortality rates. The government has enough facts to make a solid argument for addressing early marriage by extending the right to free and compulsory schooling until 18. It is essential to understand why raising the minimum marriage age in India is crucial.

The difficulty in forming permanent partnerships, the rise of diversified education and challenging labour conditions, the diffusion of contraceptive technologies, economic insecurity, ideational shifts, and a lack of understanding about this problem all contribute to the postponement of motherhood. Medical implications include increased infertility, foetal mortality, chromosomal issues, multiple pregnancies, premature birth, and increased caesarean sections.

Aside from a lack of purchasing capacity and diverse food consumption, variables such as early marriage, conception at a young age of fewer than 20 years, women beginning pregnancy with poor nutrition, and a lack of self-care education play a role in maternal undernutrition. Marriage and conception before the age of 18 are vital contributors to female undernutrition.

Regardless of the duration and location of the pregnancy, maternal mortality refers to death from any difficulties during pregnancy and childbirth or within 42 days following termination of pregnancy, but not from unintentional or incidental causes. The deaths’ number per 100,000 live births is known as the Maternal Mortality Ratio (MMR).

Response of People and Civil Society

The comments of young people from all walks of life revealed an innate grasp of how power gets skewed against them both within and outside the institution of marriage.

Choices are limited, as is the ability to have ambitions and the capability to realise them. And there’s a lack of control over life’s most important decisions, such as marriage, relationships, education, and job. In India, poverty and a lack of educational and employment possibilities impact females’ agency. For their parents, girls get considered as a burden and a liability.

Early marriage can appear to be a reasonable alternative for parents and young people alike. It is feared that when young people defy social conventions and engage in consensual sexual relationships, they will get criminalised. It gets feared that raising the legal marriage age will criminalise more youthful individuals and increase unsafe abortions.

There are numerous rules and regulations in place in the community that specify the minimum legal age for marriage in India. The government has also taken part in the amendment of the legal minimum age for marriage. The task group’s formation provides an opportunity to define the action to eliminate early and forced marriages, which pose a severe threat to girls’ and women’s health and well-being—providing opportunities for women to complete their education and become financially self-sufficient. It will allow them to pursue their aspirations and live a life of dignity and agency while still preserving their sexual and reproductive rights to choose the number, spacing, and timing of their children’s births.

FAQs on Legal Age of Marriage

What are the reasons for increasing the legal age of marriage in India?

To increase access to education, skills, healthcare and jobs

What was the government proposal on increasing the age?

The government proposed to increase the age from 18 to 21 years.

What is the legal age of marriage for men and women in India?

The current legal age of marriage in India is 18 for men and 21 for women.

Why is the legal age of marriage proposed to be changed to 21?

The legal age of marriage is proposed to be changed to 21 to postpone motherhood and lower the maternal death rate.