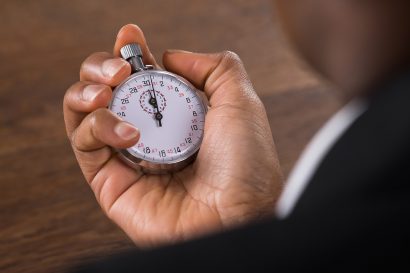 Time and tide have no mercy and binds every aspect of human culture. The judiciary and the legal system are no exceptions. So, if the grounds for filing a suit and the time to do so are prohibited, the court may not entertain it.

The statute of limitation refers to the legislation that allows courts to ban inexperienced litigants from filing lawsuits. So, the law of rules prevents a person whose right got infringed from approaching the court for redress if he does not do so within a reasonable period.

The nature of the problem determines how much time a person has to bring a lawsuit to court. In India, the Limitation Act of 1963 governs the limitation period.

This “period of limitation” indicates the period laid out in the Schedule for filing suits, appeals, and applications.

A “prescribed period” refers to the period of limitation that follows the requirements of the Act.

Salient Features of the Limitation Act

According to the Law of Limitation, legal suits that may get initiated against an aggrieved person are forbidden from taking place beyond a specific time limit for pursuing the claim and seeking redressal or justice before the court.

The law of limitations will apply to any lawsuit filed after the limitation period has passed.

There are some salient features of the act:-

History of the Limitation Act

The law of limitation has evolved in phases throughout history and culminated with the Limitation Act of 1963. Before 1859, there was no statute of limitations applicable to all India, and only in 1859 was a restriction statute created that applied to all Courts.

The limitation act of 1908 was only applied to foreign contracts, but the 1963 act applied to contracts carried into Jammu and Kashmir or a foreign nation.

What is the objective of The Limitation Act, 1963?

According to the Limitation Act of 1963, a person has a specified amount of time to file a lawsuit. If such legislation is not implemented, it will result in never-ending litigation since a person may file a complaint for a cause of a suit that occurred many years ago.

In other words, the law of limitation seeks to preserve the protracted process of indirectly penalising a person without an offence.

The Supreme Court decided in Balakrishnan v. M.A. Krishnamurthy that the Limitation Act is based on public policy and gets utilised to fix the lifespan of a legal remedy for the sake of public benefit.

What would be the effect of death on or before the accrual of the right to sue?

The period of limitation gets computed from the time when a legal representative of the demised is capable of initiating or making such a suit or application:

If a person has a right to initiate a suit if he would have been alive dies before such right gets accrued to him or if such a right arises only after the death of a person, the period of limitation is computed from the time when the representative of the dead became competent to bring such a suit or make such an application

If a person dies before initiation of suit against him or if a right to file a suit against him gets accrued at the time of death, the limitation term begins when the plaintiff may institute the suit or apply against the dead person.

Claims to enforce pre-emption rights or suits for possession of immovable property or a hereditary position are not covered by sub-sections (1) or (2).

Barring is a Remedy, not Right.

The limitation law entailed the equitable idea that equity benefits the industrious rather than the lazy. It encourages claimants to file their claims as soon as possible.

The law of limitation prohibits the remedy only after the limitation period elapsed, but it does not invalidate a right that must be relied on in the complaint.

Even when the remedy is no longer available, the right exists in all human activities. If, as a result, a creditor whose obligation has been statute-barred has any means of realising and enforcing his claim other than via a suit, the Limitation Act does not exclude him from collecting his debt by such methods.

As a result, settling a time-barred debt outside of court is not prohibited. If a debtor decides a debt without realising that the obligation is time-barred, he cannot sue the creditor for returning the money owed to him because the debt is time-barred.

The Statute of Limitations forbids the remedy but does not abolish the right.

According to the limitation act, 1963, specific periods are explicitly excluded from the computation of the statutory period of limitation in certain circumstances.

These are the provisions:

Legal incapacity [Section 6]: The following is an explanation of limitation law as it applies to legally impaired people:

Computation of Period of Limitation

A legal proceeding’s exclusion of time –

The day from which the period of limitation is to begin should get excluded when computing the time limit for any suit, appeal, or application.

The time required to obtain a copy of the decree, sentence or order should get excluded while computing the period of appeal, an application for leave to appeal, revision or review of a judgement from the date on which judgement was pronounced.

The time required to obtain a judgement copy should be excluded when:

When an application for leave to sue or appeal is filed as a pauper and rejected by a court, the time the applicant prosecutes the other person in good faith should be excluded.

Exclusion of period of bona fide procedure in court without jurisdiction

The period for prosecuting the defendant with due diligence in good faith should get exempted:

If a new suit gets instituted with permission of the court due to the failure of the first suit because of a defect in the court’s jurisdiction under rule 23 order 1 of CPC sub-section (1) of section 14 will not apply regardless of any provisions of Order 23 of rule 2 of the Code of Civil Procedure, 1908.

Time exclusion in some other instances

The time of an injunction from the day it is issued till the day it is withdrawn should be exempted while computing the period of limitation of any suit or execution of a decree stayed by that injunction.

The time required to obtain the government’s consent or any other authority to initiate a suit on serving of notice should get exempted.

The period of limitation gets computed from the time when there is a legal representative of the deceased capable of instituting such suit or making such application:

Claims to enforce pre-emption rights or suits for possession of immovable property or a hereditary position are not covered by sub-sections (1) or (2) of this section.

Consequences of Fraud or Error

As per the limitation act, where in the event of any suit or application for which this Act prescribes a limitation period-

In such cases mentioned above, the period of limitation should not begin:-

The impact of written acknowledgement

The period of limitation should be computed if acceptance of liability concerning the property or right is made before the expiration period and the writing is signed by:-

So, a new limitation period shall get computed when the acknowledgement is signed.

When a person repays a debt or interest on a legacy makes a payment on account of the debt or the interest on the inheritance before the stipulated term expires, a new period of limitation gets computed from the moment payment was made.

The effect of another person’s acknowledgement or payment

Nothing in the provisions above makes one of many joint contractors, partners, executors, or mortgagees liable only because of a written acknowledgement signed by, or payment made by, or on behalf of, any other or others of them.

In the case of a liability incurred on behalf of a Hindu undivided family by their duly authorised agent or a limited owner of the property governed by Hindu law, that liability will be valid acknowledgement or payment against a reversioner be a valid liability.

When a person incurs the liability of an undivided Hindu family who is a duly authorised family agent, then such liability is deemed to be made on behalf of the whole family.

If a new plaintiff or defendant is added or replaced

When a new plaintiff or defendant gets substituted to suit after being started, the suit gets deemed to be instituted when was made a party:

In the instance of a continuing breach of contract or a continuing tort, a new term of limitation begins to run at every point in time while the breach or tort, as the case may be, continues.

The limitation period gets calculated from the moment a suit for compensation for an act does not give rise to a cause of suit unless some specific injury has occurred.

Computation of the time specified in the instrument

As per the limitation act 1963, all instruments must get regarded to be referring to the Gregorian calendar.

The limitation act establishes the temporal restriction for enforcing a legal right. The Limitation Act sets a check on lawsuits to avoid long time litigation.

Furthermore, the Act recognises that there may be circumstances in which persons who desire to initiate proceedings or file an appeal for a legitimate cause are unable to do so within the timeframe set forth by the Act, therefore request for the same criteria cannot be applied.

According to Halsbury's Laws of England, what are the Main Objects of the Law of Limitations?

The Court has noticed and stated that there are nearly three different supporting factors for the existence of statutes of limitation.

What is the purpose of the Limitation Act of 1963?

The primary goal of the LA,1963, is to set a fixed time range within which a person can bring a suit in court. If such legislation is not implemented, it will result in never-ending litigation since a person may file a complaint for a cause of suit initiated many years ago.

What is Section 4 of the Limitation Act?

What is the limitation period for filing a suit for compensation for any tortious act?

The limitation period for filing a suit for compensation for the commission of any tortious act will be one year.