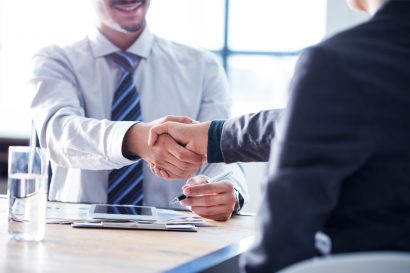 A limited liability partnership (LLP) is a type of partnership in which the company’s liability is separate from that of its partners.

The partners of a business having limited liability are free from being personally liable for the debts or financial losses of the company.

An LLP is governed in India by the Limited liability partnership act 2008.

An LLP is a body corporate and a legal entity separate from its partners. An LLP continues to exist till perpetuity, even if its partners change.

The partners in an LLP are liable up to the extent of their contribution to the partnership business.

An LLP will be liable to the full extent of its debt, any financial loss incurred by it and any outstanding debts.

The concept of LLP emerged from the report of ‘Naresh Chandra committee on ‘Regulation of private companies and partnership’ and the J.J. Irani committee report on ‘company law’.

The introduction of an LLP in India showed a path towards a third business entity and bridged the gap between a company and a partnership.

It is a more profitable form of business as it eliminates the risk of personal loss.

Some grounds brought the need for introducing LLP in India. These are:-

Incorporation of an LLP can only take place if:-

Difference between Partnership and LLP

There are some differences between a partnership deed and an LLP agreement. These are:-

The LLP rules 2009 prescribes the rules for efficient application and operation of LLP act 2008. There are 32 forms annexed with the rules of 2009 for effective implementation of the 2008 act.

Rule 14 states the requirement to have an LLP identification number (LLPIN).

Rule 15(1) states how a document can get served to an LLP or a partner or designated partner.

Rule 16(2) of the limited liability partnership rules prescribes the liberty of partners to opt for a different address other than the company’s registered office address for the service of documents.

Under rule 17(1), an LLP company can change its registered address by following the procedure as per the LLP agreement. If any such procedure is not provided in the agreement, all the partners’ consent is required.

Under rule 20(1), an LLP can change its name according to the LLP agreement’s requisite procedure. If any such procedure is not provided in the agreement, all the partners’ consent is required.

Under rule 24(1), an LLP must maintain the financial records and statements to show their transactions. These books of accounts should get preserved for eight years only from the date of their making.

Rule 24 (11) prescribes the provisions for a person to get appointed as an auditor for the LLP. As per sub-rule 13, the auditor holds the office until a new auditor is appointed or reappointed.

As per rule 24(18), the auditors can get removed from their office as per the LLP procedure laid in the LLP agreement or by partners’ consent.

Rule 34 states the procedure and the documents required to incorporate a foreign LLP in India.

Rule 37(1)(a) states that if an LLP is defunct for two years or more and the registrar has reasonable cause to believe the same, he can take a suo moto action and strike off the name of the LLP from the register.

Rules 38, 39 and 40 prescribes the procedure to convert a firm, private company and an unlisted company to a limited liability partnership by filing forms 17 and 18.

An LLP can get dissolved in any of the two ways:-

Declaring an LLP as defunct

After introducing the LLP (amendment) rules in 2017, the dissolution of a company became feasible.

As per the amendment, an application named E-FORM 24 under rules 37 (1) (b) and 37 (1A) can get produced before the registrar strikes off the name of the LLP from the register.

This application must state that the LLP is no more in existence or no more functioning.

There are some required documents to be submitted before the registrar with the application.

The winding-up and dissolution of an LLP get regulated under sections 63, 64 and 65 of the LLP Act 2008. The winding-up process further gets divided into two parts:-

It gets initiated when all the partners consent to discontinue and close the limited liability partnership. A resolution for winding-up of LLP, consent of at least 3/4th of the total number of partners is essential.

This resolution should get filed with the registrar within 30 days of passing the resolution.

Winding up with creditors

This process can get initiated by announcing by the majority of the partners. And they have to state that they have no debts pending, or they will pay their debts within an assured period fixed by the consent of partners, which should not exceed one year from the date of passing of the resolution for winding-up of the LLP.

Publication of the resolution

After the resolution for winding-up is passed and the consent of creditors is received for the same. The notice of the resolution should get published by an advertisement in a newspaper within 14 days where the office is registered or the principal office the LLP is located.

After passing the resolution with partners consent, a voluntary liquidator will get appointed as the LLP liquidator.

The appointment of this liquidator will only take place after the approval of 2/3rd of the creditors of the LLP.

The LLP liquidator can be appointed either by creditors or by partners or with the consent of both.

If both appoint no liquidator, the tribunal will appoint an LLP liquidator.

When the liabilities of the limited liability partnership gets discharged, and its assets get liquidated, the winding-up process is over. A report made will be made by the LLP liquidator stating the way of winding up, the closing of accounts and other detailed explanations and the approval of partners and creditors gets sought for dissolution.

The LLP is remains dissolved.

An application will be moved to the tribunal for LLP dissolution by any partner or creditors. If the tribunal is satisfied with the LLPs winding-up process, a liquidator will be appointed to carry on the process for winding up.

The tribunal will pass the necessary order for the dissolution of the LLP. The liquidator will file such an order with the registrar.

The registrar would publish the notice of such winding-up of the LLP in its Official Gazette stating dissolution of the LLP.

If theres no objection within 30 days against such dissolution, the registrar will dissolve or strike off the name of LLP from its register.

In the case of Kunhi Muhammed Etayattil v. Registrar of Companies, WP(C) No.3057 of 2021, the Kerala High court said that such registration of a separate article under a broad classification in which another article is already registered is permissible.

One trader or manufacturer should not be allowed to enjoy the monopoly of all the articles falling in a particular broad classification.

Regulation and governance of a limited liability partnership became easier after introducing the LLP (Amendment) Act, 2021. An LLP will fuel our country’s economy by becoming the house of operation and growth for professional services.

The LLP’s as a joint venture will improve the global competitiveness of professionals from our country. With minimum risk on partners, LLP’s are proving to be a great source of growth for businesses like medium and small enterprises.

With its ability to admit outsiders, i.e. foreigners, and depict hybrid nature, LLP’s compete in the global market very efficiently, which will ultimately aid them to expand globally.

Even foreign LLP’s can incorporate in India, making the professionals of our country maintain global standards in offering their services due to the competitive market with foreign limited liability partnership’s.

Which section of the LLP Act 2008 states that an LLP is a body corporate and simultaneously a legal entity separate from its partners?

What does the newly inserted section 67A of LLP (Amendment) Act of 2021 state?

Section 67A introduced the provision for establishing the special court for speedy trial for the offences committed under the act.

Under which section of the LLP act does the registrar’s power to strike off the name of the defunct companies gets prescribed?

Is there any case in which the liability of partners in a limited liability becomes unlimited?

Yes, the liability of partners becomes unlimited in case of an act committed by them to defraud the creditors for all debts or liabilities. This unlimited liability only extends to the partners involved in the act with the required mens rea.