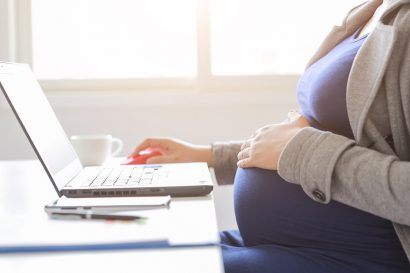 Fundamental Rights entitles everyone to live a life free of discrimination and harassment. It as much includes proper working conditions and equality at the workplace. For quite some time, employers and organisations violated these fundamental rights.

Women worked while carrying a baby and would not get maternity leaves. It even resulted in pregnant women losing their jobs. To restore the violated rights and ensure job security for expecting mothers, ILO adopted the Maternity Protection Convention in 1919.

The Convention gave rise to the maternity benefit rules and act in various nations. The Maternity Benefit Act aims to safeguard the employment rights of women while they relish maternity.

The Act retains the women employee’s position and entitles her to get a fully paid leave. Hence, allowing her to take care of herself and enjoy her precious time with her newborn.

Initially, stating varied dubious reasons, the Government of India in 1921 refused to implement the Maternity Protection Convention of 1919. Yet, in 1924 a private member brought before the Central Legislative Assembly a Bill pleading the Government to mandate the provision of maternity benefit to women employees. The Bill faced wide criticism from the Government. The Government reasoned that such legislation might be unnecessary and would attract adverse repercussions to the women employees.

Where the Government of India hesitated and straggled, the provincial governments laid the groundwork. The Government of Bombay became the first to pass the Maternity Benefit Act in 1926, followed by the Central Provinces of Madras, U.P., Bengal and some others. The period of leave, the quantum of benefits and the qualifying conditions varied slightly from province to province.

The variations in the provisions of the Act created the disparity. Hence, to reduce the disparities created amongst the maternity protection acts under different provincial or State enactments, the Central Government enacted a unified act, entitled, The Maternity Benefit Act 1961.

Application of the Maternity Benefit Act

As per section 3, the Act finds its application to the whole of India and each establishment, factory, mine and plantation. It even includes those establishments owned by the government. Even the employees employed for the exhibition of equestrian, acrobatic and other performances come under the umbrella of the said act. Further, as per the law, every shop or establishment where ten or more persons are employed or were employed on any day of the previous twelve months gets under the act.

Eligibility As Per Maternity Benefit Act

Under Section 5 of the Act, a woman seeking benefit shall get employed as an employee in an establishment for a span of a minimum of 80 days in the preceding twelve months.

Benefits under the Maternity Benefit Act

The Maternity Benefit Act, enacted as social legislation, promotes the welfare of pregnant working women. It bestows the following benefits upon the women-

In addition to the above benefits, the Act provides certain other benefits to encourage planned parenthood. These include-

To empower womanhood, India offers various benefits under Maternity Act. One such benefit is maternity leave. Hence, the compensatory leave provided to the women employee to take care of her newly born while retaining her job refers to as Maternity Leave.

Females in the public sector would be entitled to a paid leave of 180 days for the first two live-born children. While for those in the private sector, each organisation sets its leave policies.

As per maternity leave rules, it is necessary to serve upon the employer notice in writing stating the start and end date of the six-week leave before the expected delivery date. A certificate of pregnancy must be attached to such a notice.

Further, As per Section 9, If a women employee suffers a miscarriage, she gets six weeks to leave along with the payment from the day of miscarriage. Even here, she must serve the notice together with a certificate of miscarriage.

Furthermore, Section 10 ensures that, If any illness arises out of pregnancy, delivery, premature birth or miscarriage, the women employee could take an extra leave for a maximum period of one month.

A certificate from the doctor in the prescribed form is a must. Such a leave could be taken during the pregnancy or added to the six-week leave before or after the delivery or miscarriage.

Maternity Insurance is another medium to offer security to expecting mothers. Some establishments provide such maternity insurances to women employees in addition to or as a part of regular health insurances whose limit does not exceed ₹ 50,000.

Maternity insurance covers the expenses related to delivery or the pregnancy up to a specified period. Certain insurance plans even cover the entire pre and post-natal expenses and expenses of the children born.

Changes as per Maternity Benefit Act 2017

The Amendment Act of 2017 has increased the paid maternity leaves a woman employee is entitled to. It got raised to twenty-six weeks from the initial period.

Further, the leave period available to expecting mothers before the delivery date got from six weeks to eight weeks. Also, the women already availing the maternity leave when the amendment act came up could extend it to 26 weeks.

The amendments of the increased benefits shall not be available for the third child. Therefore, the women employee expecting for the third time shall get governed by the provisions of the initial Act.

The Act mandates each establishment consisting of fifty or more employees to provide child care facilities in the form of the creche. The creche must be located within limits prescribed by the Act. The women availing such benefits would be allowed four visits a day to check on the child.

As per the Act, the employer must educate and provide women about their maternity benefits during their initial appointment.

The penalty for contravention of an act by an employer

Section 21 of the Act provides the penalties for the employer contravening the obligatory provisions of the Maternity Benefit Act. The Act states that if-

shall be punished with imprisonment that shall not be less than three months but may extend to one year and a fine of a minimum of 2000 INR that might increase or both. However, if it deems fit to the court, it may impose a sentence of imprisonment for a lesser term or fine only instead of imprisonment for sufficient reasons to be recorded in writing.

Such a contravening employee shall also be liable to punishment under the Indian Penal Code with imprisonment for extending to one year or a fine opening to five thousand or both.

Here, the Apex Court held that while computing maternity benefits of a female worker engaged on a daily wage basis than even the Sundays and the rest days, that might be wageless, up to six weeks preceding and excluding the day of delivery must be included along with all the days falling within six weeks immediately following the day of delivery.

The purpose is to ensure that the women employees get 100 % of the wages they previously earned for such a period. In addition, she must benefit from the wages for all the Sundays and rest days falling within the two periods described above.

This ruling of the Apex Court case of 1981 where Air India employee Nargesh Meerza questioned the employment regulations requiring female airline staff to resign due to marriage, first pregnancy, or 35 years of age, whichever came first.

The Airline Corporations’ responses stressed the importance of attractive appearance, youth, and elegance as vital qualities of in-flight service. The Supreme Court overturned the offending provision, which raised the retirement age for air hostesses to 45, with an additional 10-year mandatory term.

The facts and evidence surrounding the case were highly intricate, containing two firms – Air India and Indian Airlines Corporation- and diverse regulatory rounds before two tribunals and eventually the courts.

The Air India Employees questioned provisions 46 and 47of their employment regulations. These employment guidelines resulted in significant disparities in the pay and advertising routes of male and female in-flight cabin workers. According to Air India’s designations, the male cabin crew were referred to as “Air Flight Pursers” (“AFPs”) and the female cabin crew as “Air Hostesses” (“AH”).

As per Regulatory oversight of Section 46, while Air Pursers have a pension age of 58 years, the Stewardesses would be compelled to resign at 35 years of age or to marry (if married within four years of starting the service) or to have their first child, whichever came first. This time may get extended under Regulation 47, at the sole discretion of the Managing Director.

The first trials were heard before two Tribunals, who decided to support the Rules, concluding such provisions to be necessary to deal with temperamental clients by hiring “young and beautiful” air hostesses. T

The Supreme Court eventually heard the issue, affirmed the restrictions, and overturned them in part. Evaluating the provisions in the light of Articles 14 and 15 of the Constitution of India, the Apex Court altered the discriminatory provisions.

Motherhood is a precious time for any woman. The social enactment, namely, Maternity Benefit Act, ensures that each working woman enjoys such a period.

Under the Maternity Benefit Act, women employees get entitled to certain special benefits. They will get paid leave prior and post the delivery, medical benefits, wages for the non-working period, the option to work from home and above all, job security. Her employer could not terminate her services due to her pregnancy. Some corporations might offer their female staff maternity insurance.

Thus, it could get summed up that the Act is a step forward to empower women in final words.

Are all organisations covered under the Maternity Benefit Act?

No, only the organisations get covered under section 2 of the Act.

Does the same Act apply to paternity leave as well?

Children of which age group are entitled to the creche?

The Act is silent in this regard.

Do women working in the unorganised sector get included in the act?

Yes, they get included.

Do Act grants leave in case of miscarriage?