Minimum Wages Act: Law In the interest of Labourers 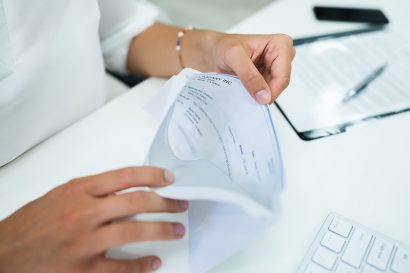 India is facing a rise in unemployment rate similarly to any other developing country, and Covid-19 and lockdown worldwide boosted it.

Companies or business houses finding it hard to survive in the market started firing their employees or reduced their wages up to 50% and kept it as it is even after lockdown and the market is rebounding.

Here comes the role of the minimum wages act, 1948, which stipulates minimum wages in India for both skilled and unskilled labourers.

The act ensures a basic income level that guarantees a minimum standard of living with good health, education, dignity and provides for any contingency.

It provides categories for fixing of minimum wage, the role of wage committee and advisory board.

It also provides for the punishment for non-compliance with the minimum wages act,1948.

The minimum wages act, 1948 ensures the basic standard of life, health, education and other needs.

Fixing of minimum rates of wages

The appropriate government has the power enshrined under section 3 to fix the wages rates payable to the employees having employment under parts I and II of the schedule or any other employment added to any part by notification under section 27 of this act.

There are four types of wages defined under section 3(2) of the minimum wages act, 1948:-

While fixing minimum wage rates for different components shall be considered in section 3(3)(a) of the act. These include:

While section 3(3)(b) also prescribes the periods according to which wages get fixed. These include:-

The minimum rate of wages

These minimum rates of wages get defined under section 4 of this act.

Any wages’ minimum rates fixed or revised by the government concerning scheduled employments under section 3 may consist of:-

“It means the index number ascertained and declared by the competent authority by notification in the Official Gazette to be the cost of living index number applicable to employees in such employment”.

Procedure for fixing and revising of minimum wages

The process for review and fixation of these minimum wages get defined under section 5 of this act.

While fixing or revising the minimum rate of wages in respect of any scheduled employment under section 3 of this act, the government should either:

The minimum wages act’ Section 5(2) states that after considering the advice of committees or committees appointed under 5(1)(a) or after considering all the representations received by it under 5(1)(b) before the specified expiry date, the government can fix or revise such minimum rate of wage in respect of scheduled employments.

These revised or fixed minimum wage rates shall come into force on the expiry of three months from the date of issuing the new wage rate.

The government shall consult the advisory board when assessing the minimum wages. This analysis of the government is limited to the number of jobs in the schedule.

This advisory board gets appointed under section 7 of the act.

Under section 27 of this act, the government gets empowered to add jobs to either part of the schedule.

Factors to be used to assess the minimum wages are:-

Factors irrelevant while assessing minimum wages for workers are:-

The minimum wages payable to the labourers under the wages act shall get paid in cash as per section 11 of this act.

Under section 13 of the act, some rules get prescribed to the government to maintain a basic standard of work.

Under section 8 of this act, the central government also gets empowered to appoint a central advisory board of the minimum wages act, 1948.

This central advisory board consists of employers and employees to be equal in numbers as its members and,

Independent persons not exceeding one-third in number, one such independent member shall be appointed as chairman of the board by the central government.

The employer can get punished with six months of imprisonment, a fine extending to five hundred rupees, or both under section 22 of the minimum wages act 1948.

The punishment is valid if an employer does any of the following:

Suppose an employer commits an offence under the minimum wages act, 1948, for which no penalty gets prescribed anywhere in the act. In that case, that person will get punished under section 22C of the act, and the punishment will be a fine of five hundred rupees.

It includes all remuneration: salary, allowances or otherwise payable to a person regarding his work done or employment.

The remunerations included in the section:-

The remunerations excluded in the section:-

Objectives of payment of wages act 1936

The act’s objective is to regulate the public payment of wages to those specific workers employed in industries without any arbitrary or wrongful deductions except the one prescribed under this act.

The provisions for the deductions get prescribed under section 7. These deductions can be made only for the following:-

Section 13A prescribes provision for maintenance of registers and records consisting of:-

Every register and record maintained under the section shall get preserved for three years after the last entry made in it.

It seeks to regulate wages and bonuses in all occupations where any business, trade, manufacturing, industry gets carried out.

As per section 69 of the code, it repealed the previous labour laws like:

The application of this code will be in all employment in both organised and unorganised sectors.

It mandates that the minimum wages shall get revised at every five-year interval.

Payment of bonus gets applied to those employees whose monthly wages do not exceed a certain amount fixed by central and state governments.

It prohibits gender discrimination in wage payment in any employment conditions under section 3 of this code.

According to section 9 of this code, the central government can fix floor wages by keeping the minimum living standard of workers based on geographical areas.

It is the minimum value standard that has to be maintained by central and state governments.

It received presidential assent on 8th august, 2019 but yet not came into force.

What is the difference between salary and wages?

“It means any money or its equivalent given or passed to any person for services rendered by him and includes perquisites as defined under the income-tax act 1961”.

According to the Minimum wages act, 1948, is it compulsory to have representatives of any particular industry or each scheduled employment on the schedule board?

No, in the case of B.Y. Kashatriya v. S.A.T bidi kamgar union AIR (1963) SC 806, it is not compulsory to have representatives of any particular industry or every scheduled employment on the advisory board.

If the workman gets forced to be absent from carrying out his duty due to the employer’s circumstance, can the wage deduction be made under section 7(2) of the minimum wages act?

To make a deduction under section 7(2) of the said Act, the absence must be of the employee’s volition, and in the circumstances mentioned above, no deduction can get made. In the case of French motors car co. Ltd., workers union v. french motor car co. ltd. (1990) LLR 366 employees were not allowed to resume work without signing the guarantee bond, and no deduction could be made under the act.

The minimum wages act, 1948 and the payment of wages act, 1936, gets drafted to fulfil one objective, i.e., to protect workers’ rights covered under these acts.

These acts also guarantee wages to workers, whether skilled, semi-skilled or unskilled, to guarantee them a basic standard of living, including healthcare, education, food, etc., for them and their families.

Minimum wages act, 1948 ensures that a certain amount of wage that gets fixed is by the appropriate government payable to an employee shall be paid to him for the work he/she performs.

Payment of wages act, 1936 guarantees that the persons employed and covered under the act shall get paid the wages fixed for the work performed and accepted by them without any deductions (except those prescribed in the act)

What is the maximum wage period prescribed under the payment of wages act, 1936?

The wage period prescribed under the act is 30 days(i.e. one month).

What is the time of payments as per payment of wages(PW) act, 1936?

Every establishment having employees more than 1000 in number shall pay wages before the 10th day.

The other establishments shall make payment of wages in 7 days.

The wages shall get paid in coins or currency notes as per section 6 of the act.

It can be paid by cheque or by bank transfer after obtaining the prior permission of the employee.

Under which section of the minimum wages act, the 1948 government is empowered to add more jobs to parts I or II of the schedule?